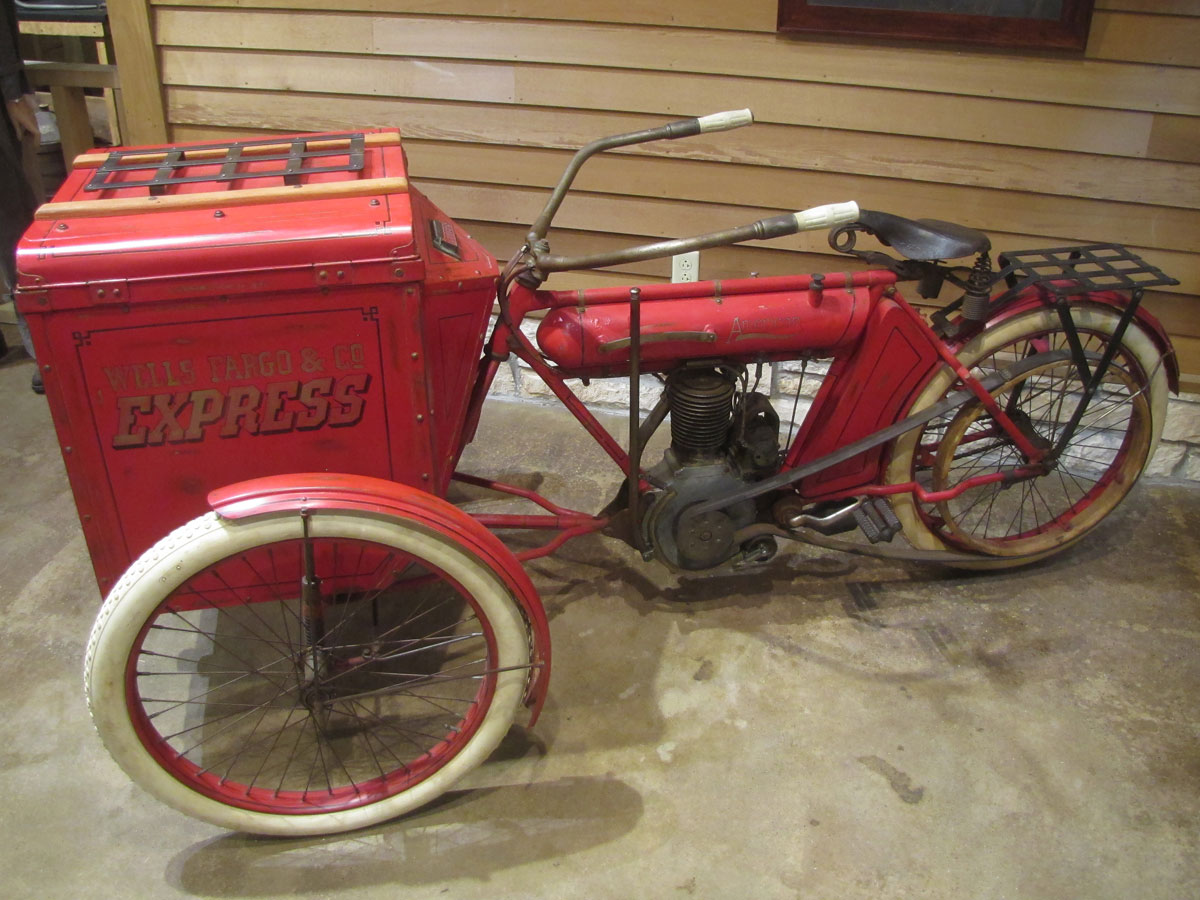 Almost from the beginning of motorcycle development and manufacturing, makers sought to expand the usefulness of their machines. Besides the civilian population seeking transportation to work or riding for pleasure, they hoped for businesses to use their machines for delivery, police and fire service and hoped the military would adopt motorcycles for a range of specialized duties.

Foremost among package delivery three-wheelers might be the Indian Traffic Car which is almost a panel truck in design. This super rare Indian was on display some years back in the Motorcycles at Work exhibition and was originally used by Norman Bent’s Cycle Shop. Much like trucks and some automobiles of the era, the Traffic Car’s coachwork construction was contracted to a specialist company. Indian did not make the body. Indian also made the smaller Dispatch Tow, currently on display, and Harley-Davidson, in the ’teens, the “forecar” and later the Servi-Car. Harley also offered sidecar rigs with boxes instead of typical sidecar bodies. Maneuverable and easy on gasoline, all of these machines were great for short runs in the city or between small towns. 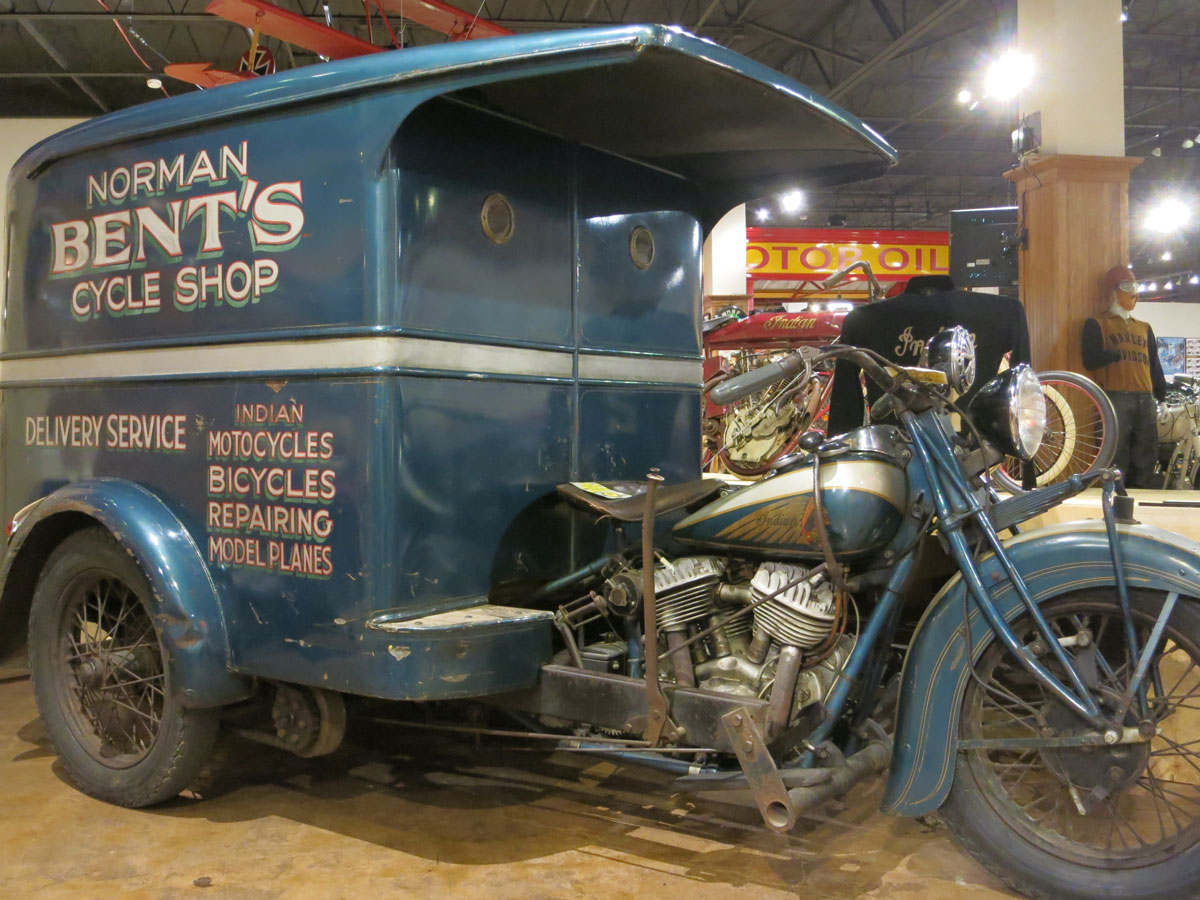 Wells Fargo was founded in 1852 by Henry Wells and William G. Fargo. It served banking needs and also delivered packages not unlike the United States Postal Service, UPS or FedEx does today. By 1917 when World War I began, it had 10,000 offices and about 80,000 miles of railroad route and was international. Today Wells Fargo, through numerous mergers and acquisitions, is a very large banking organization.

To our knowledge, Wells Fargo never used such a machine as this three wheeled “truck.” But about 20 years ago, the creative minds, resourcefulness and skilled hands of Bryan Vander Laan and Lonnie Isam, Jr made what they imagined Wells Fargo might have commissioned for package delivery. It uses a Yale single cylinder inlet over exhaust engine of 573 cc’s and likely produced about four horsepower. An Indian Tri-Car front end and an American Motorcycle rear frame section are the basis of the chassis.

When you visit the National Motorcycle Museum you can take in a range of purposeful two and three wheeled motorcycles including an early Indian Tri-Car, military motorcycles and a beautiful Indian Dispatch Tow. This fine creation is from the Jill & John Parham Collection.