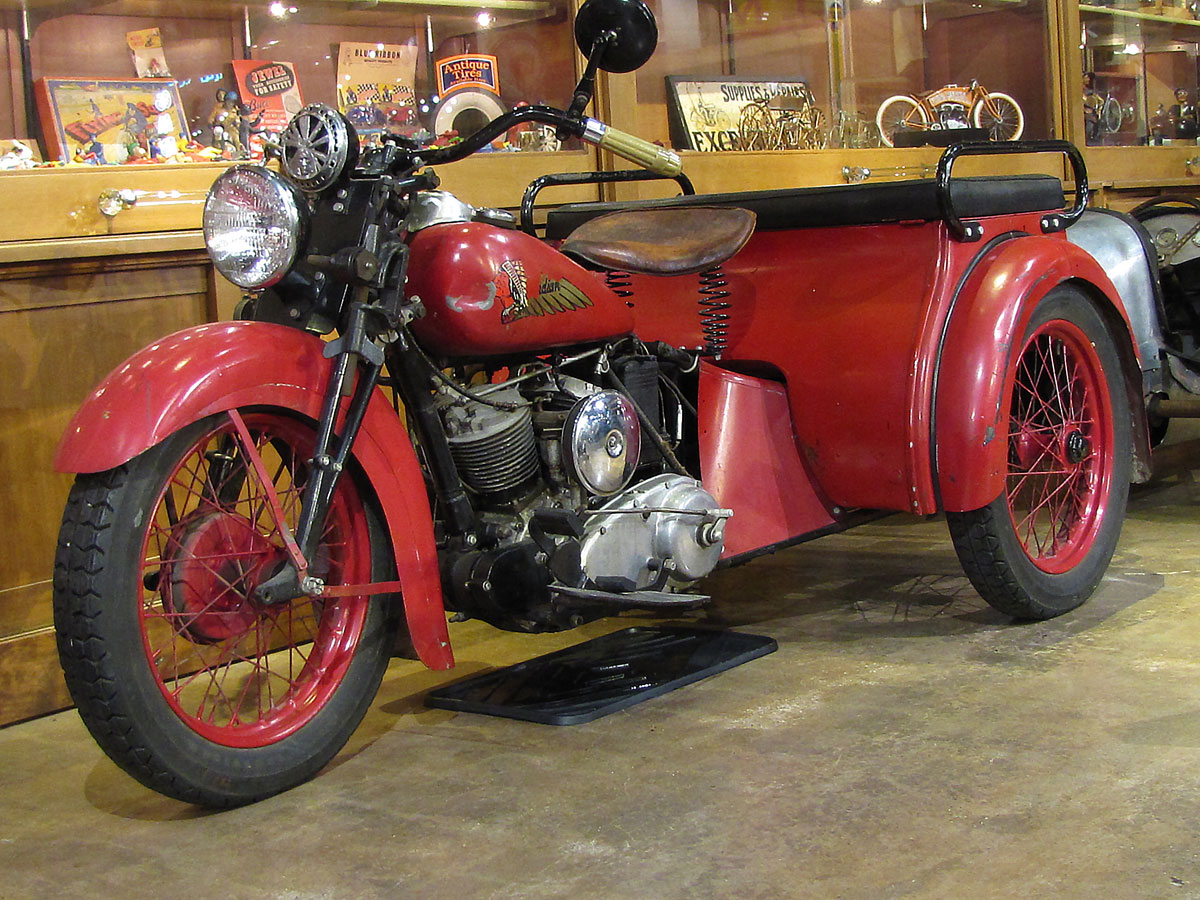 Motorcycle manufacturers have always sought to expand their markets, and special designs for commercial use can add to sales. Decades ago, author Harry Sucher related a great story on how Indian solved a car dealer’s problem, and got themselves into the “three-wheeler” business.

“The Springfield, Massachusetts dealer Packard Motor Service of Allen Street wanted to find a simple way of ferrying customer cars back and forth from the customer’s home to the garage. The owner talked with Indian’s senior management…the Dispatch-Tow was the solution…” as reported by Harry V. Sucher, author of The Iron Redskin
Indian took the local Packard dealer seriously… In 1931, Indian designer Charles Franklin beat Harley-Davidson to the punch and based his three-wheel Dispatch-Tow  on the current, then popular Indian 101 Scout chassis fitted with either a 37- or 45-cubic inch v-twin engine. Springfield Packard was fed up with using two men for collecting and dispatching; the Dispatch-Tow was an easy one-man ride. Harley-Davidson’s Servi-Car came a year later and was sold for decades. You can see this Indian Dispatch Tow and several other early three-wheeled Harleys and Indians when you visit the National Motorcycle Museum.

The Dispatch Tow was a mix of motorcycle and car with the major car component being the rear axle and differential supported on a single leaf spring. The box was typically sheet steel. The tow bar was a hefty device that would be “bolted” to the rear bumper of the targeted car, the car pulling the Dispatch-Tow both ways to and from the garage.
From the outset some 400-odd machines were sold within 12 months. Production then stopped until 1935/36 when for two or three more years a new version was built alongside the Sport Scout using a low compression, “commercial” engine with low gear ratios. Two box sizes were apparently available.
Today, these gems are extremely rare. Harley-Davidson went on to create a much bigger success with their ServiCar well past the end of WWII.