THE GRAND PRIZE WINNER FOR 2020 IS …R Marshall Moist of Chantily, Virginia! 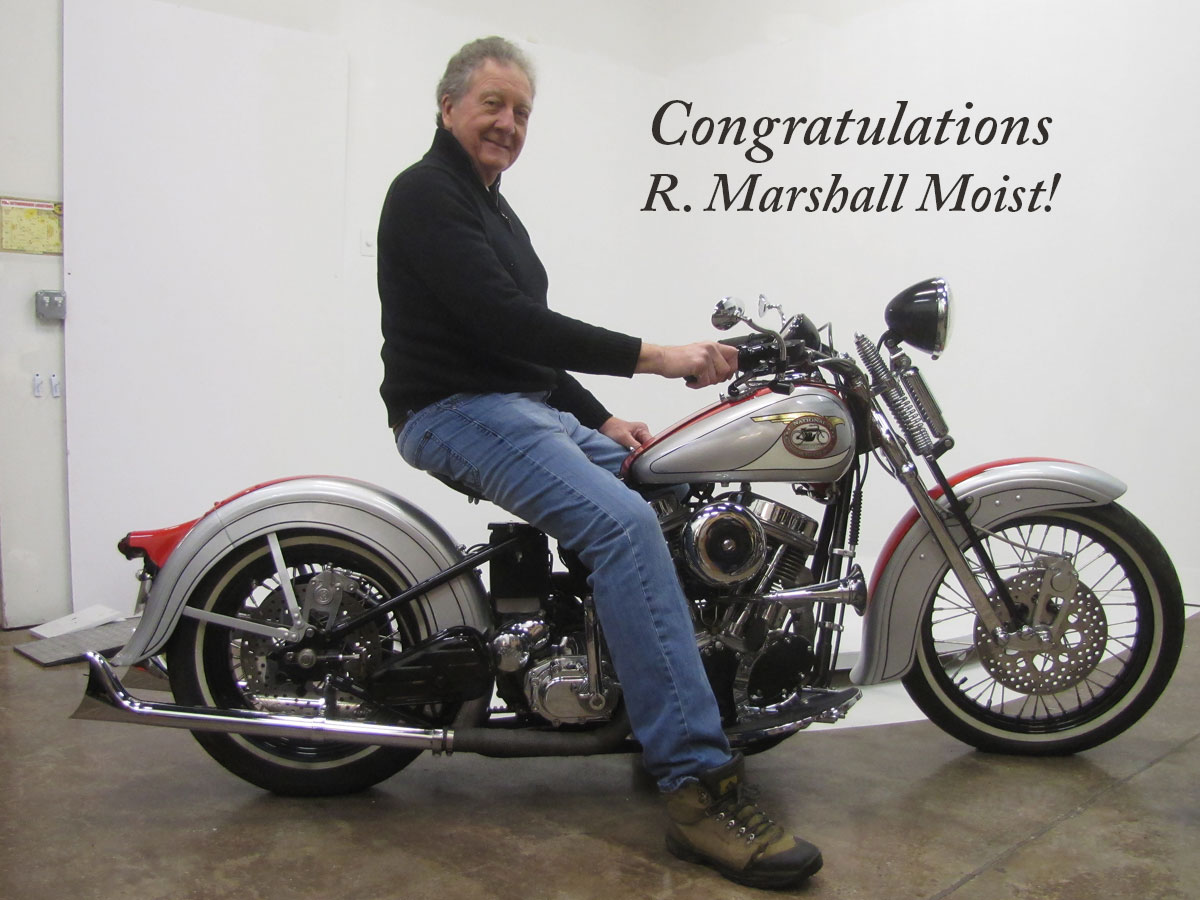 Below is a photo of his current ride. 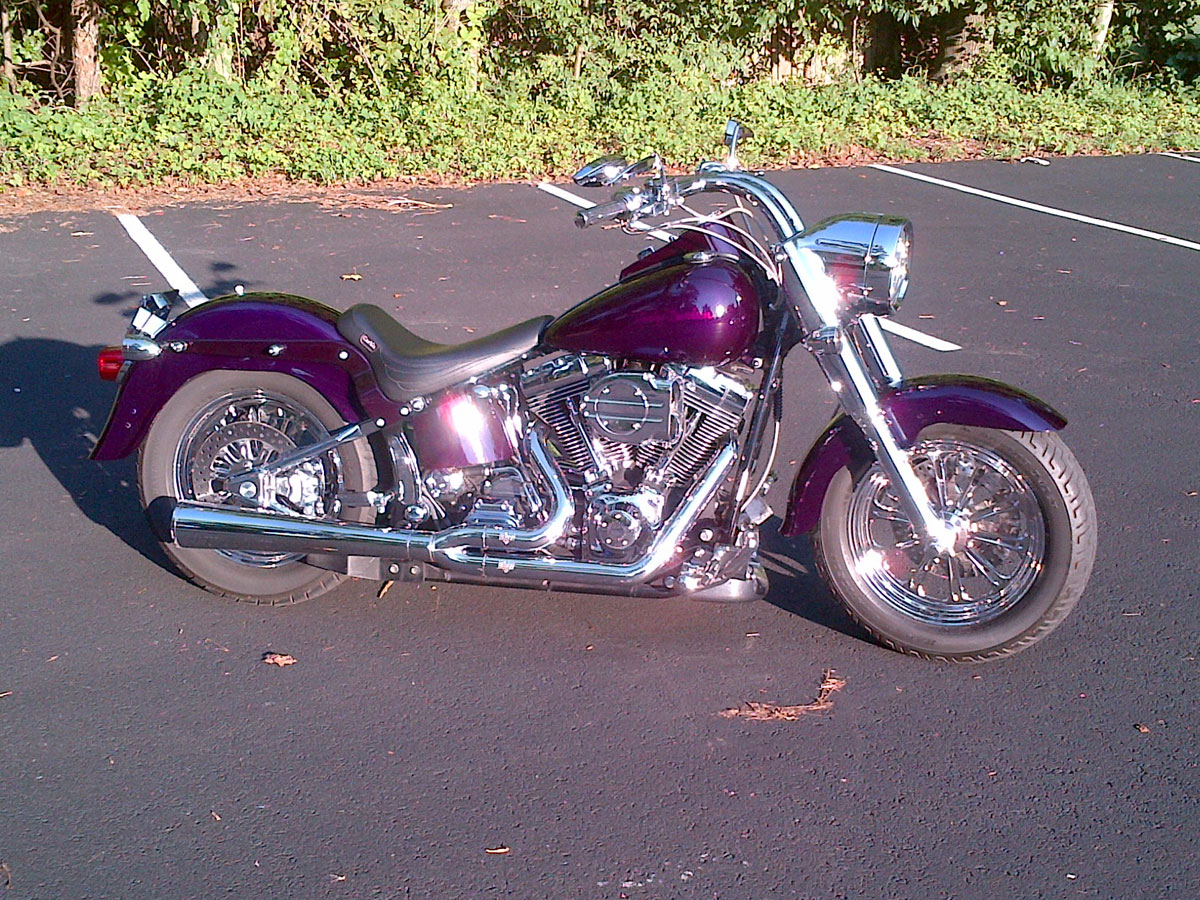 Marshall Moist of Virginia won the National Motorcycle Museum 2020 Fund Raiser Bike, the Retro Custom Panhead Bobber! We called Marshall to tell him about his winning, and he got pretty excited. He’s a very long time motorcyclist, built a Sportster chopper when he was in college in the late 1960’s and has had Moto Guzzis, Triumphs, Harleys, many brands over the years. He quickly volunteered that he was driving through Iowa a couple of years ago and stopped by as he loves museums. “I am so impressed with what you have done there, it’s such a great program you have. I came to find my first bike, a 1968 Triumph Daytona, and there it was! A beautiful example. You can’t see the place in one day. There’s so much to see. It’s so great you used such an even hand when creating the displays. A really great variety of motorcycles is there.”

We asked Marshall about donating and he said he bought tickets on that first visit, then donated every time we sent him more tickets in the mail. “I liked the Indian you gave away last year, but this year’s bike is really me, and even recently I really prayed I might win it.” Marshall plans to drive all the way out to the Museum to pick up his new bike. 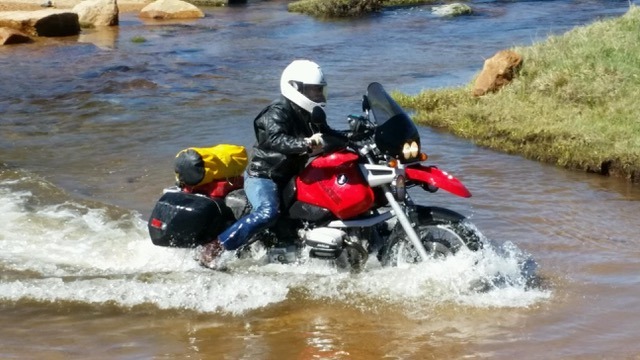 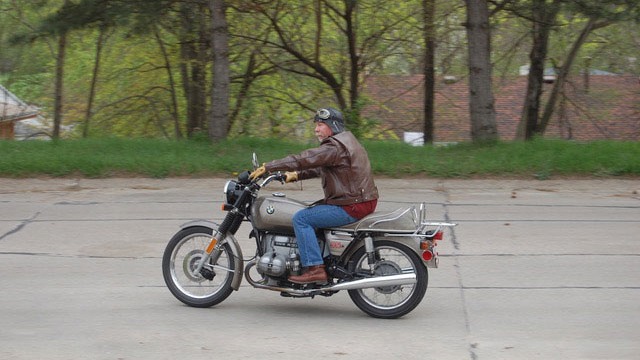 Steve has been riding since 1968. Just retired, he “moved to the boondocks” and is on a gravel road. Recently he traded up from a 1996 BMW R1100GS to a 2019 KTM 790 adventure bike to make better use of the backroads in his area. He also has 1981 Harley-Davidson FLT Shovelhead, and a 1992 five-speed Sportster. Steve is a rider training instructor for the Motorcycle Safety Foundation and says, “I love to get people on the road safely.” He visited the Museum a couple of years ago. “I really like the Museum and what you people do, especially with the bike giveaway. It’s a great way to get people excited about motorcycling, the possibility of winning a motorcycle!  My wife gets me tickets every year for Christmas, probably for at least ten years, and of all the bikes you guys have given away this Panhead Bobber has been my favorite.” 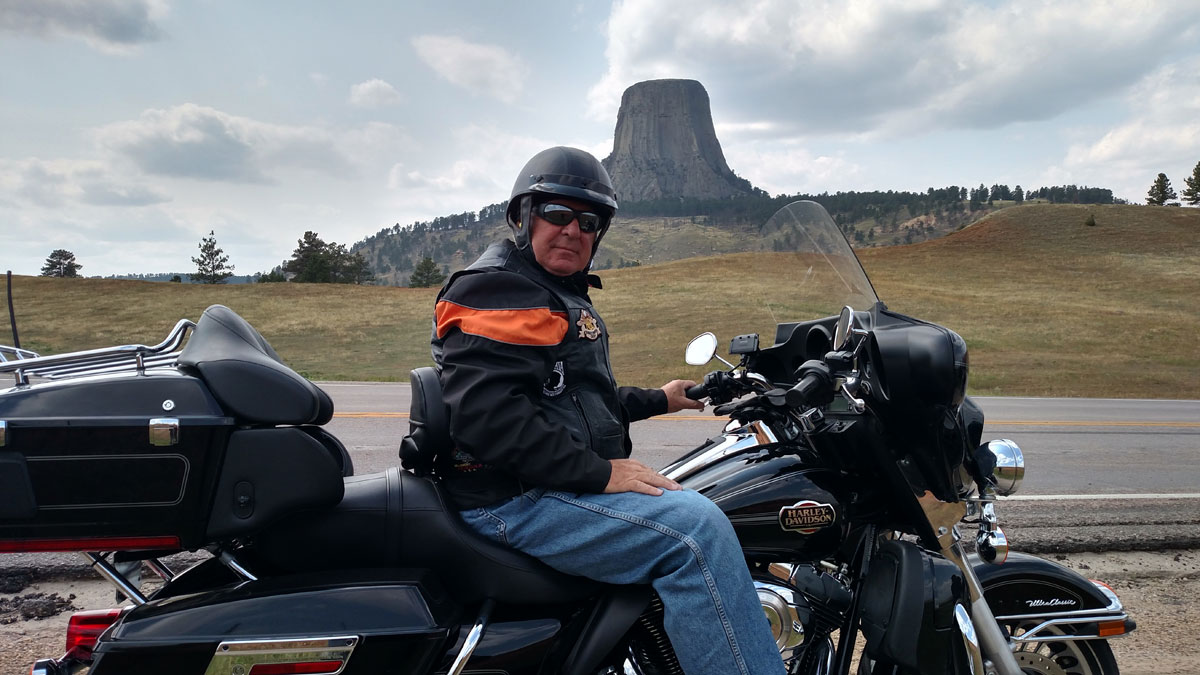 “About me, I rode dirt back in the 70’s.  Got married, kids, job, house, etc, etc  and stopped riding.  ‘Back in the saddle again’ about 10 years ago.  Have second Harley-Davidson, first being a HD Police Road King, then traded to ’13 HD Ultra Classic.  I’ve been on the following separate adventures on the bike, Tail of the Dragon, ridden around  Lake Huron and Lake Superior, been to Sturgis, returning through Glacier National Park.  Also, have traveled on a rented bike to Sedona, Arizona, Grand Canyon and Utah National Parks. I purchased tickets through the mail from the National Motorcycle Museum.”

The Museum congratulates Marshall, Steve and Tom and we wish them good riding with their winnings.

CLICK HERE TO CHECK OUT THIS YEAR’S FUNDRAISER BIKE