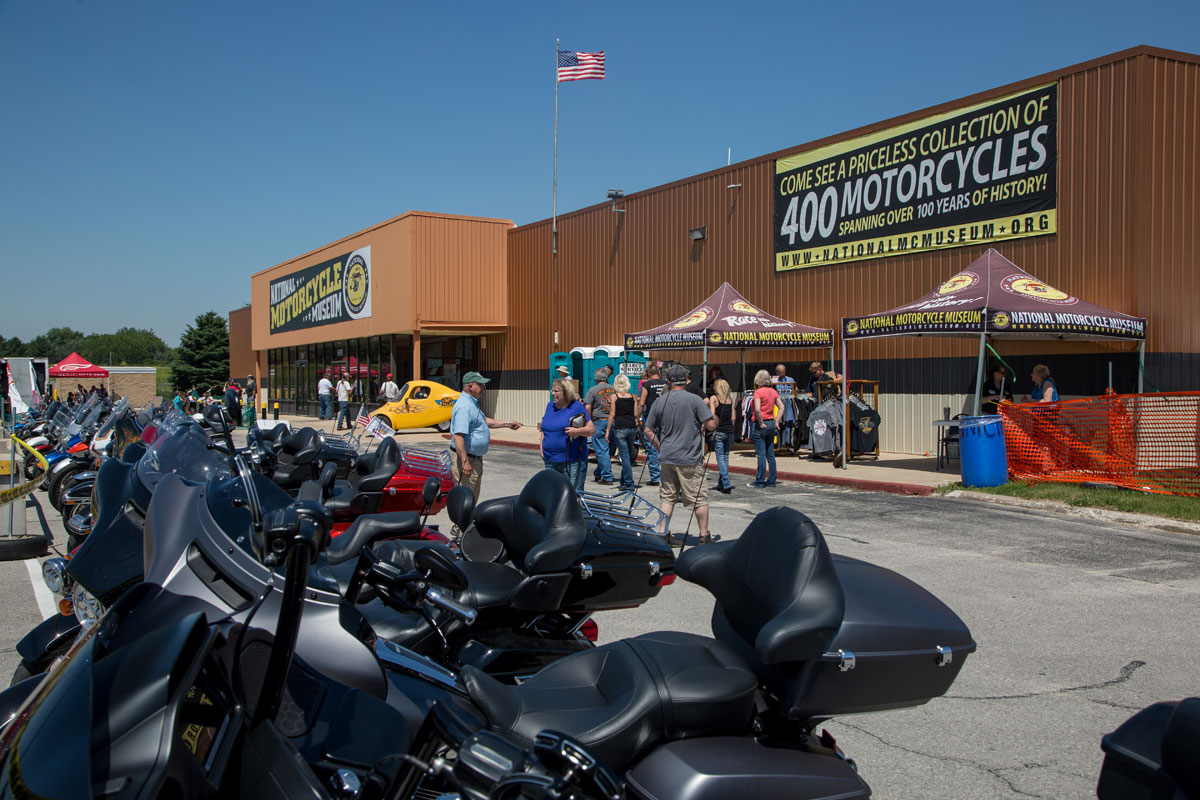 Perfect weather and a solid turn out for the Bike Show made the 7th annual Vintage Rally one of the best ever!

Rally goers were treated to DIRT RIDING USA  and BARN FIND, two new special Museum exhibits. DIRT RIDING USA features about 48 bikes and memorabilia to tell the story of Trials, Enduro and Motocross racing back to the mid-1960’s. BARN FIND with dusty, rusty and crusty iron you might find in an American barn makes you want to explore. 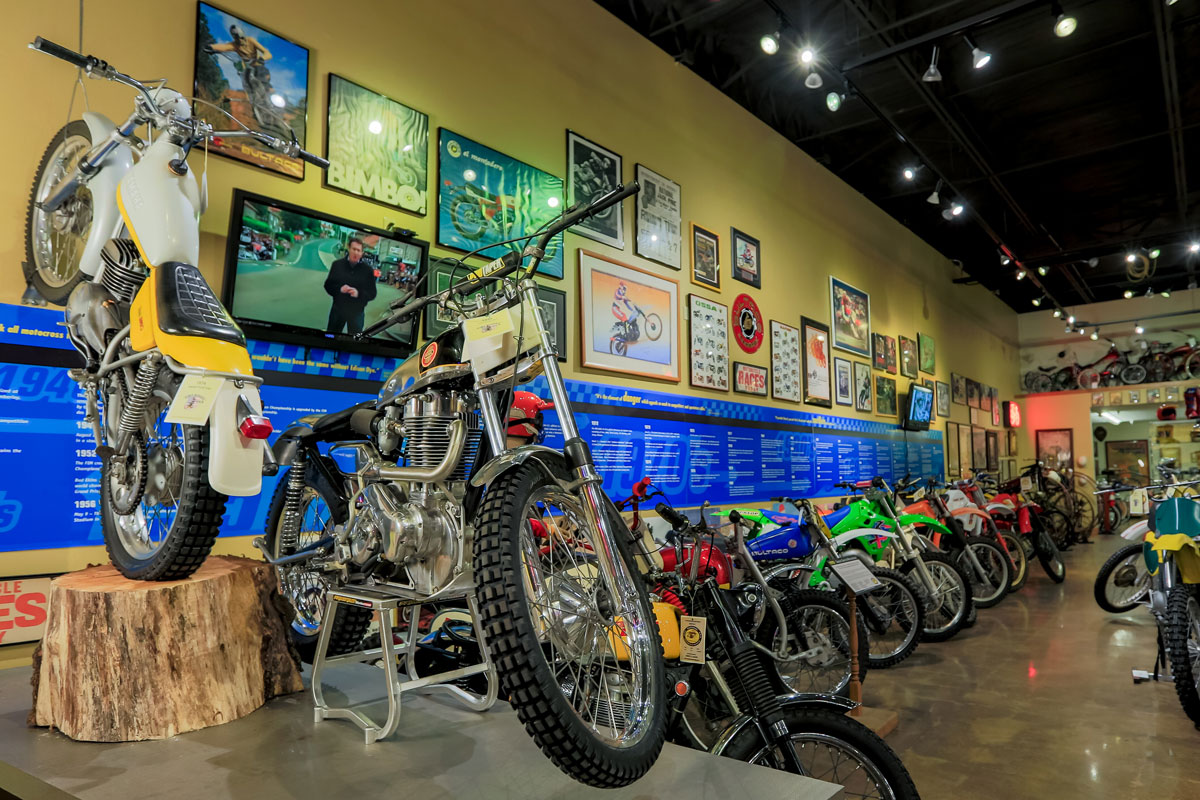 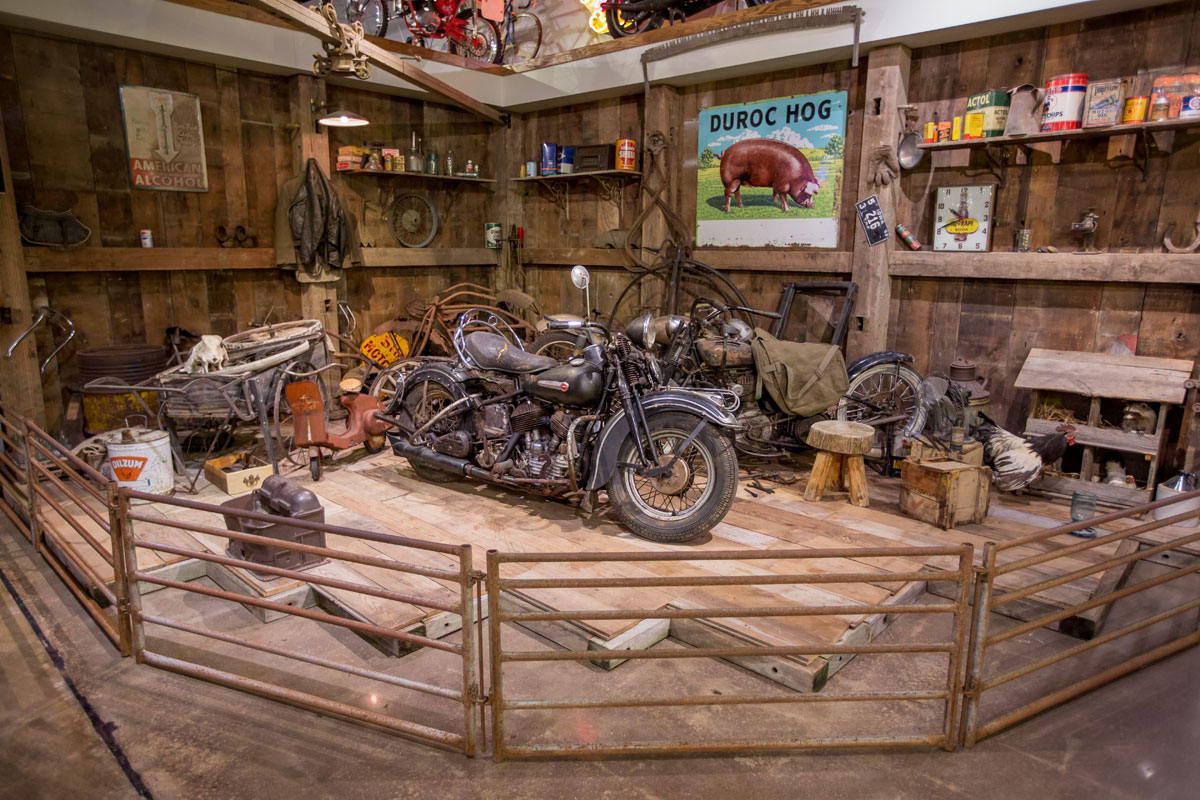 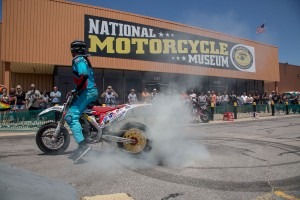 But out in the parking lot was the Wheelie Wizzard Tyler Shepard wowing the Vintage Rally crowd with doughnuts, burnouts, wheelies and jumps with the many bikes he brought along. Good fun for the whole family!

Also outdoors was the Bike Show with many great machines gleaming in the bright sun. Judges had a tough time with best in show; is it the Sportster, or the BMW? In the end Dick Oates’ 1967 Harley-Davidson XLCH Sportster took top honors. Over 40 awards in six classes, sponsored by Motorcycle Classics magazine, were given out to worthy owners.
Near the end of a great day time was set aside for a eulogy remembering the great John Parham, Founder, J&P Cycles and National Motorcycle Museum chairman. After a long battle with pulmonary fibrosis John passed away in late April. John’s vision and drive made the Museum what it is today and he will always be remembered. 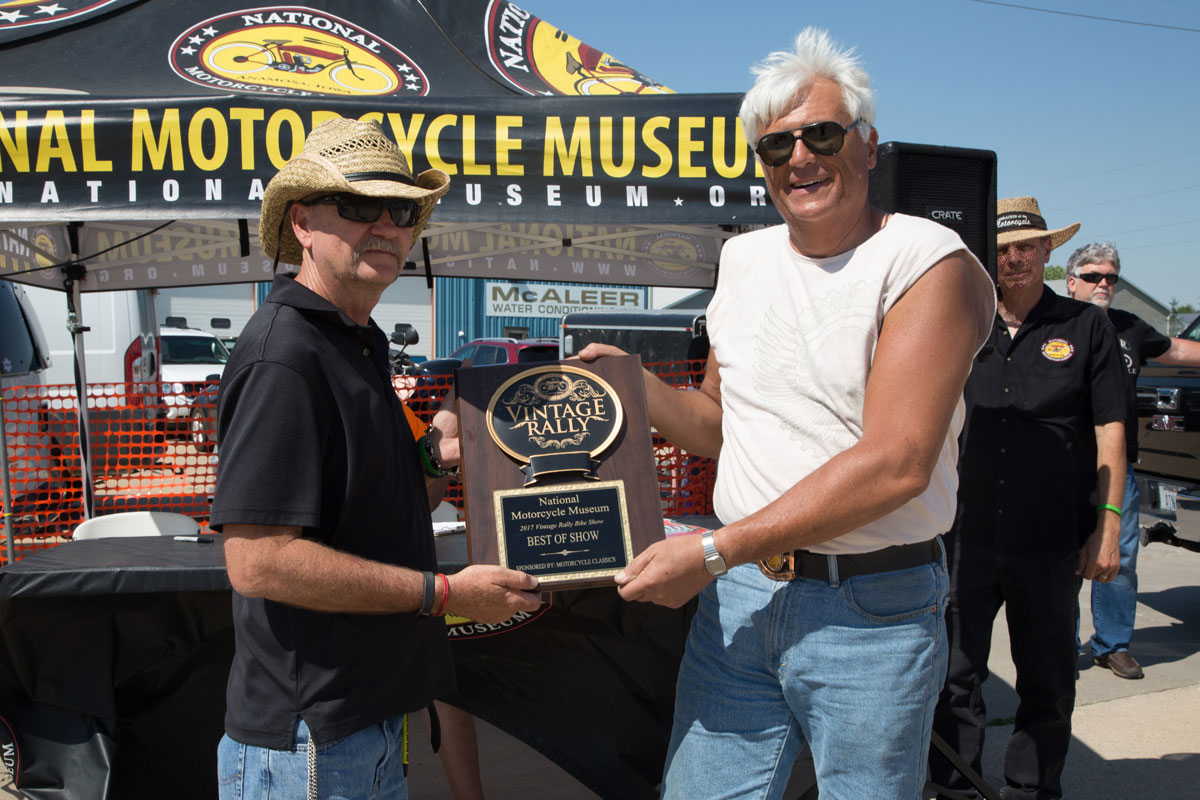