THE GRAND PRIZE WINNER FOR 2021 IS …Frank Hill of Kentucky! 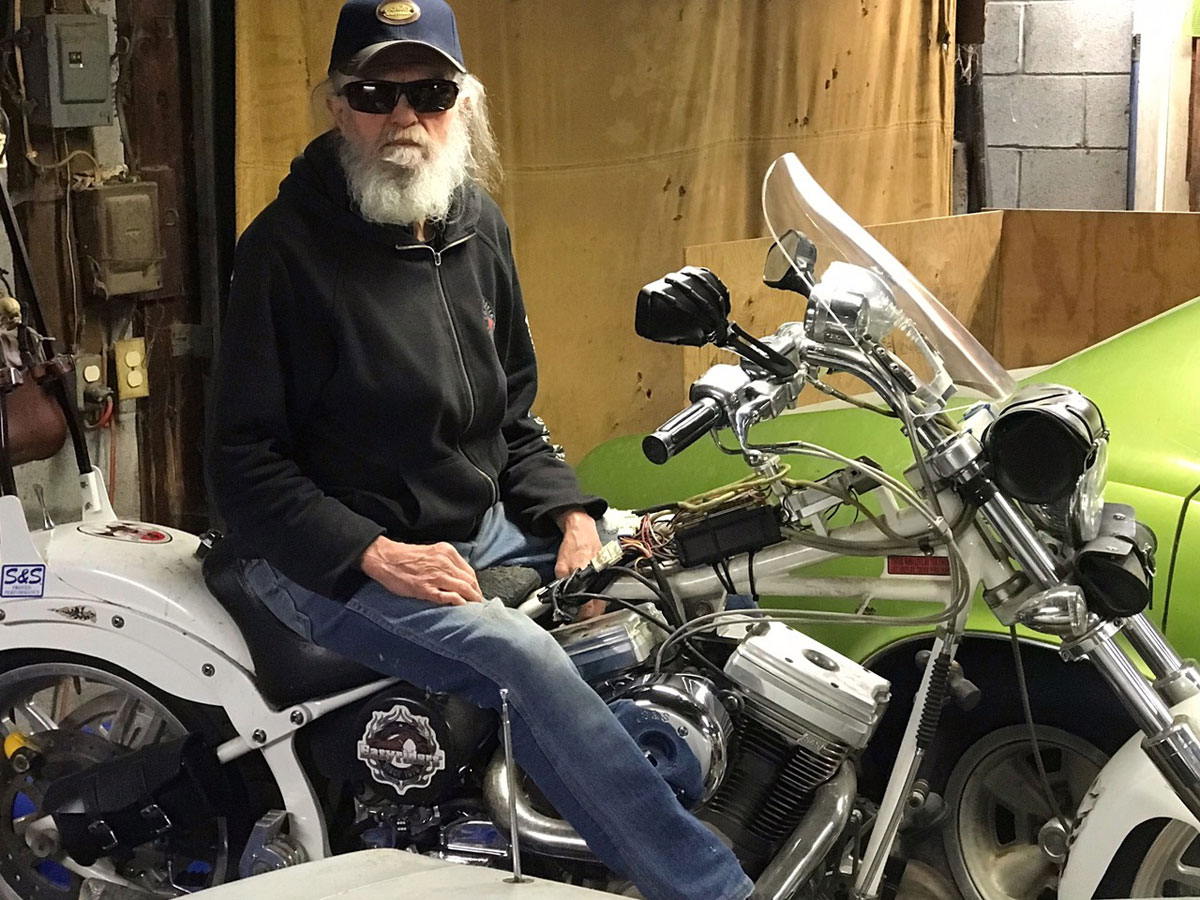 Winner of the 1946 Harley-Davidson Knucklehead Bobber, Frank Hill of Sharpsburg, Kentucky says he first learned of the National Motorcycle Museum about 20 years ago when he got hold of a copy of the J&P Cycles catalog. A story there explained the Museum and the fund raising bike program. He ordered some fund raiser tickets through the mail, and each year since he’s received a set by mail for the next bike. “Most times I would send back a $25 or $50 donation for six to 12 tickets. But this year I only donated $5 and got one ticket.” One lucky ticket!

Frank started riding about 20 years ago and has stuck to American V-Twins, had a Panzer for a bit, and a Big Dog among his several rides. He’s also had a few Corvettes along the way. He’s retired from Whirlpool Appliance and has time to ride and drive on eastern Kentucky’s fine back roads.

Frank has not yet visited the Museum which is about 600 miles from home. He says he hopes to visit as he plans to personally pick up the fabulous 1946 Knucklehead Bobber he won. 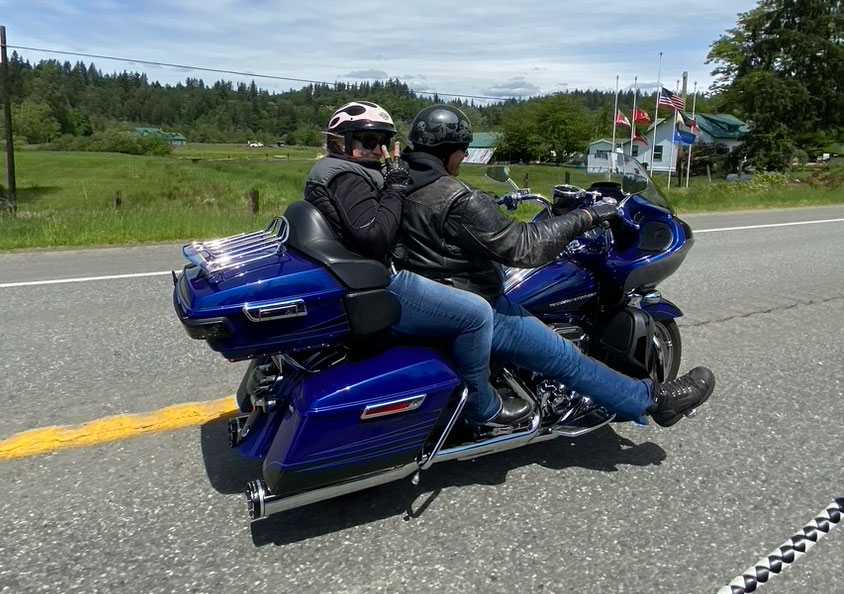 Winner of the $500 J&P Cycles gift card, Richard Lines is a heavy equipment operator based in Lynwood, Washington. He’s currently working in a huge Amazon warehouse and directs tower cranes, does rigging work, signaling, is involved in big construction projects.

Richard and Judy Lines are very supportive of charity organizations that do the kind of things they like. Preserving motorcycle history is one thing important for them, but winning a bike or gift card is not their focus. Helping to make sure the National Motorcycle Museum thrives for many years, they’ve been donating for three to four sets of tickets every year.

A motorcyclist for over 40 years, when Richard’s not working he and his wife Judy have time to go out on their 2015 CVO Road Glide. Judy is learning to ride their 2005 Sportster following in her dad’s footsteps. Though there was one Victory in Richard’s history of motorcycling he’s pretty much a Harley guy. And he’s a J&P Cycles customer with his most recent purchase a Condor chock for the family toy hauler. A couple thousand miles west in Washington state, they have 15 inches of snow on the ground, so their bike is safe in a garage. But they hope to make a journey to the Museum soon. Their $500 J&P Cycles gift card will be mailed this coming week.

Joan Hamilton won the $250 J&P Cycles Gift Card and says, “Thanks so much!” and figures spending it will be no problem at all. She and her husband George recently finished restoring a 1975 Harley-Davidson FLH and the parts they needed came from the J&P Cycles catalog. George says, “If you ask any of the folks on the J&P tech line, they’ll know my name. I have called them a lot and they have been fantastic on parts for this two year Shovelhead restoration project.”

With their home not far from Yosemite they currently have their bikes in the game room of their log cabin, safe and sound. Snow and cold temps are the norm this time of year. But they have wished for some time to get on one of their Harleys and ride east to visit the National Motorcycle Museum in Anamosa, Iowa. Their $250 J&P Cycles gift card will be mailed this coming week.

The Museum congratulates Frank, Richard & Judy, and Joan! We wish them good riding with their winnings.

CLICK HERE TO CHECK OUT THIS YEAR’S FUNDRAISER BIKE 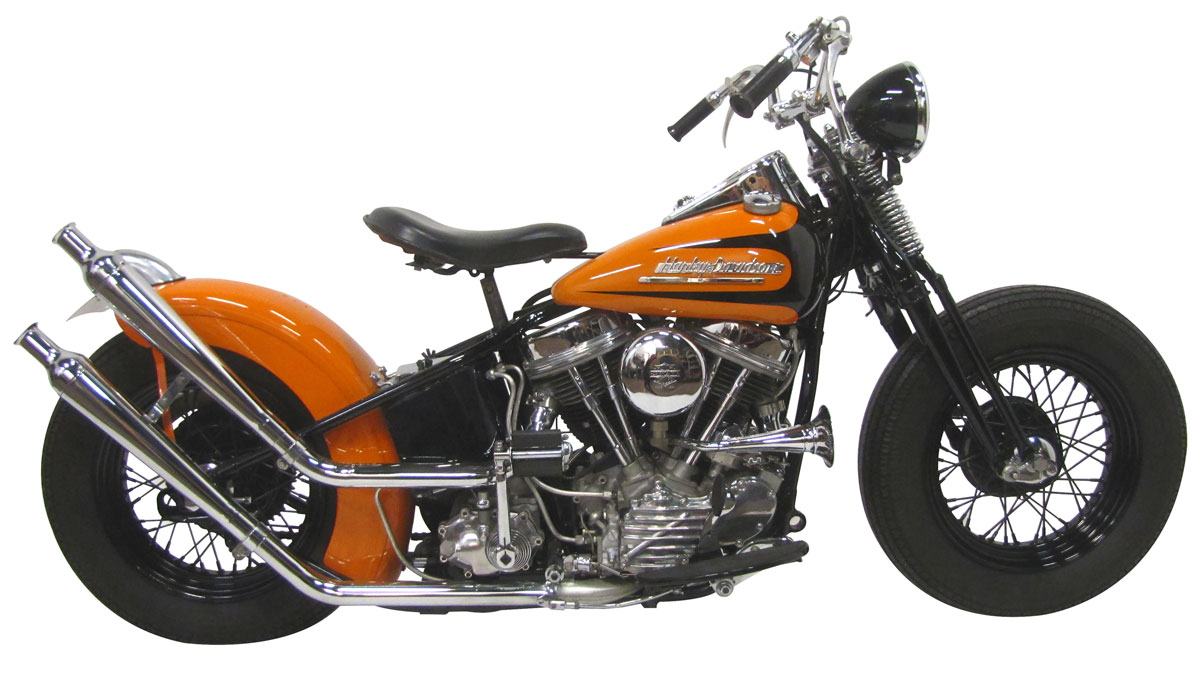