Two great new exhibits have just been installed at the National Motorcycle Museum.  The first, Allstate Motorcycle CHOPPER STORY presented by J&P Cycles is the first-ever motorcycle exhibit comprehensively documenting the evolution of the American Custom Motorcycle: the cut-downs, bob-jobs, show bikes and choppers, from the late 1920s to the early 1980s. The exhibit will officially open June 20, 2015, just in time for the 2015 Vintage Rally. The Allstate Motorcycle CHOPPER STORY exhibit includes only period-built bikes, plus related artwork, memorabilia, film posters and photos. Just like the previous Dirt Track Heroes exhibit, which was on display for two years, The Allstate Motorcycle Chopper Story presented by J&P Cycles won’t be around forever. “The bikes in the show are Honda, Harley and Triumph powered, even BSA, built by regular folks next door, but also Von Dutch, Ron Finch, Arlen Ness, Indian Larry and others, and show a lot of originality,” says John Parham, of the National Motorcycle Museum. “Some of the paint is tamer than we see these days, but amazingly, most of the 40 to 50 year old bikes on display have original candy apple and pearl paint. After you see CHOPPER STORY, you’ll have a better perspective on custom builds you see today. Looking at all this fine work, done so many decades ago just makes me smile.”
The other new exhibit,  2 WHEELS+MOTOR, is a fine art show, with artists from all across America, even Canada participating. Although paintings will be the predominant medium, there will also be bronze and mixed media sculptures, prints and photographs, and most art work will be for sale during this one year show ending May, 2016. This exhibit was curated by bronze sculptor, Ric Stewart. 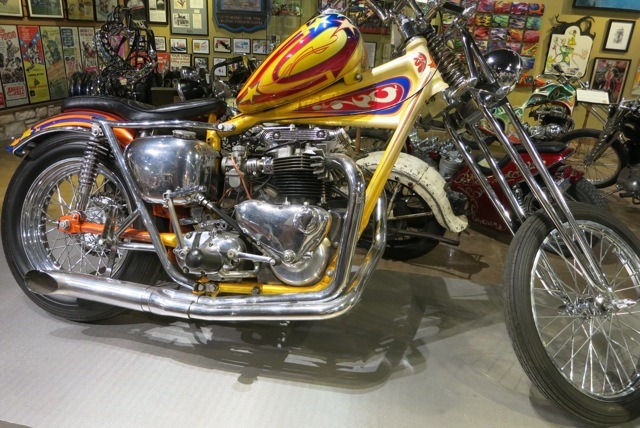 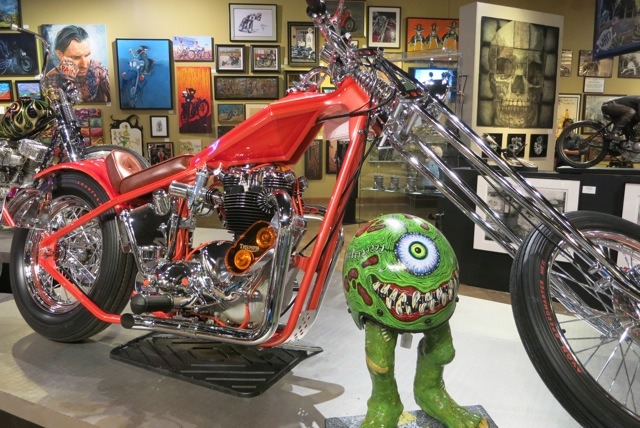 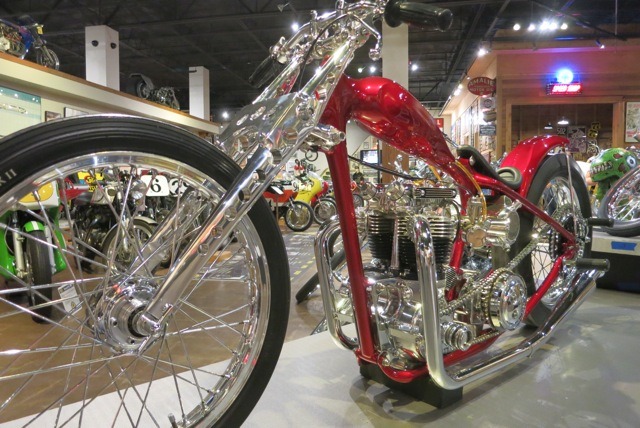 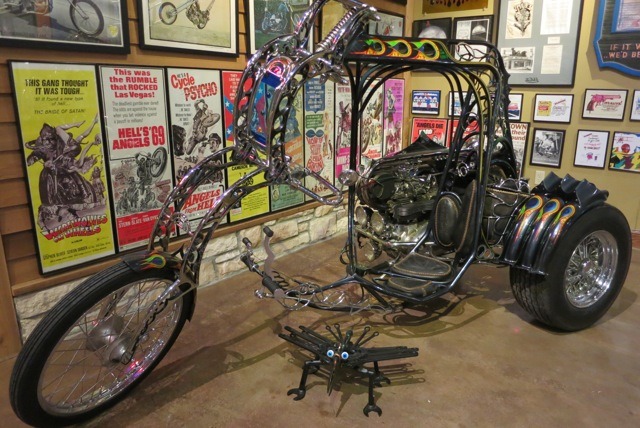 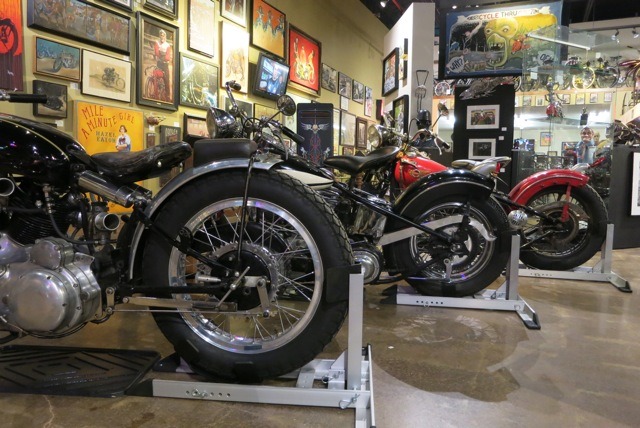 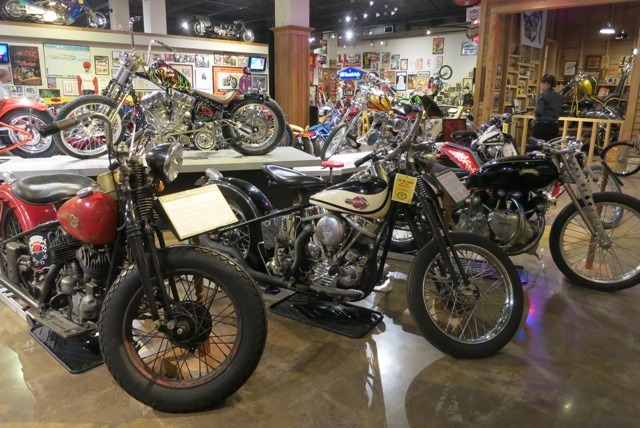 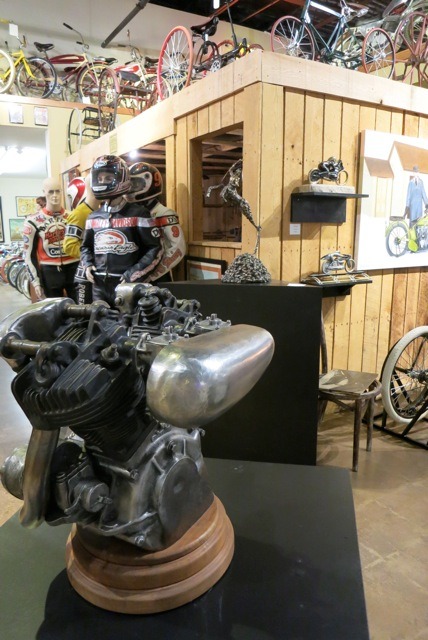 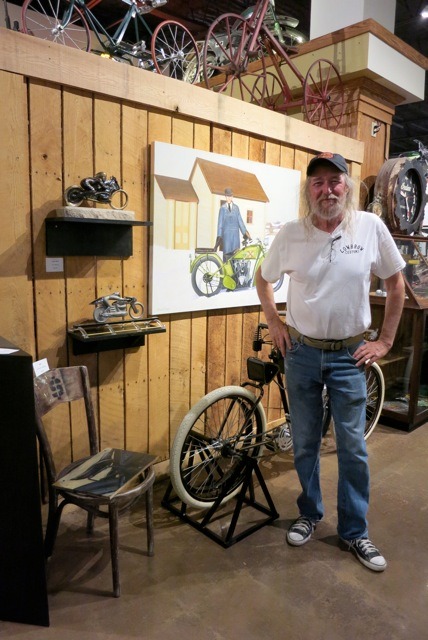 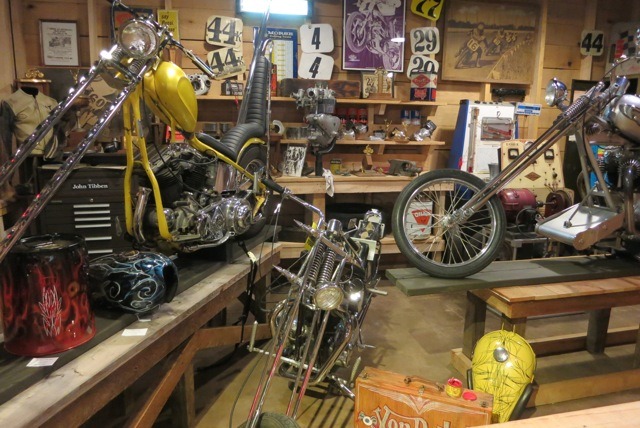 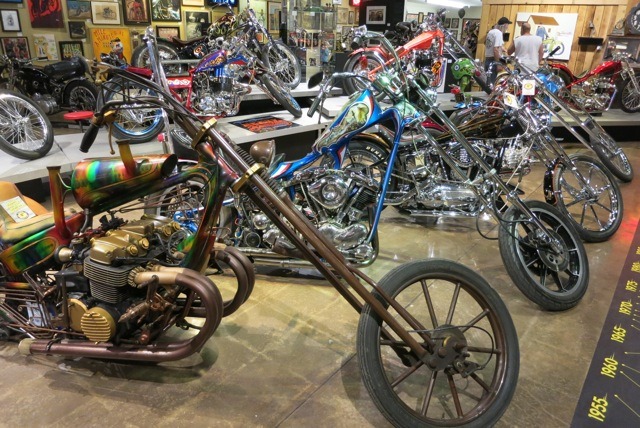 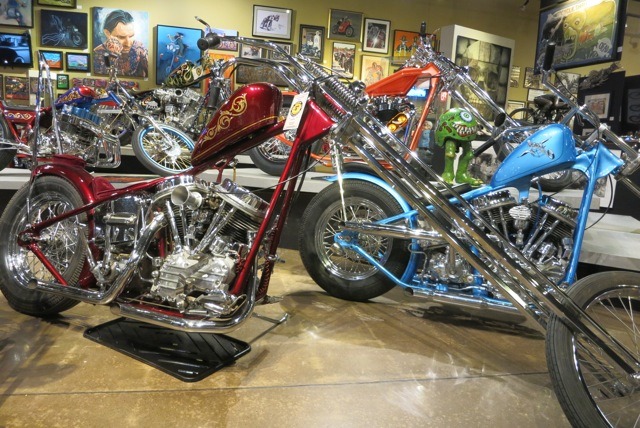 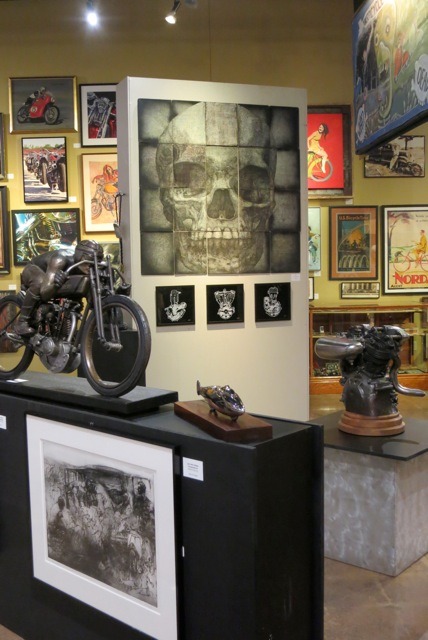 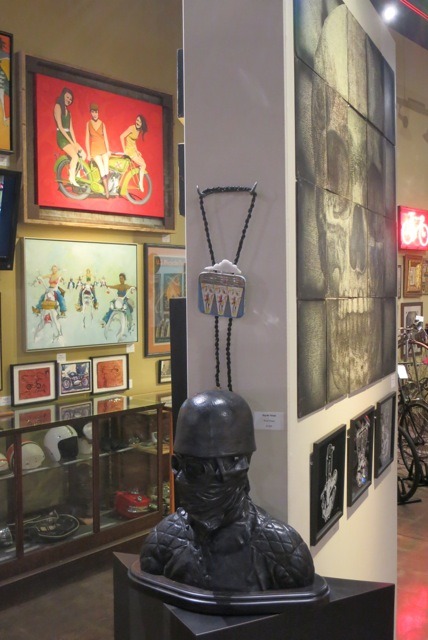 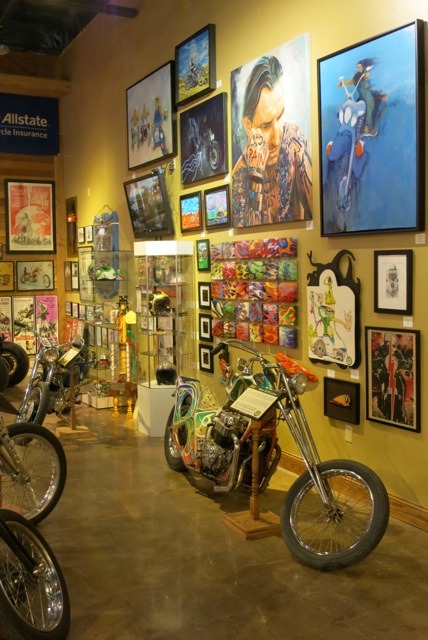 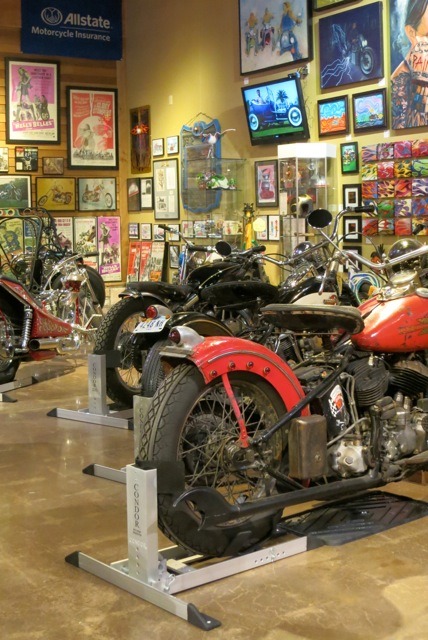 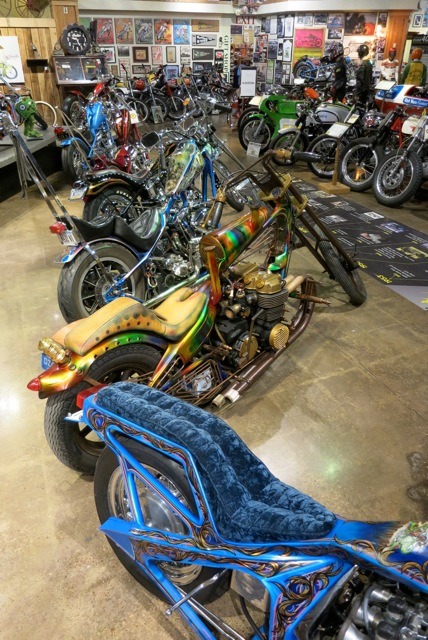 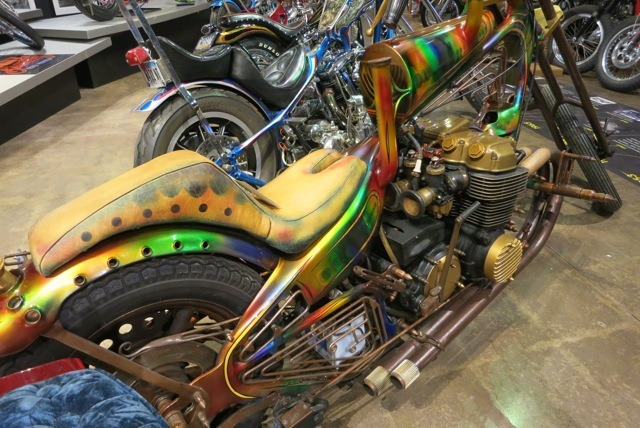 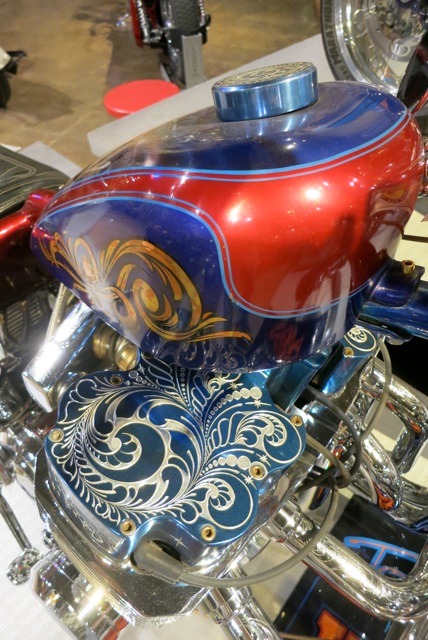 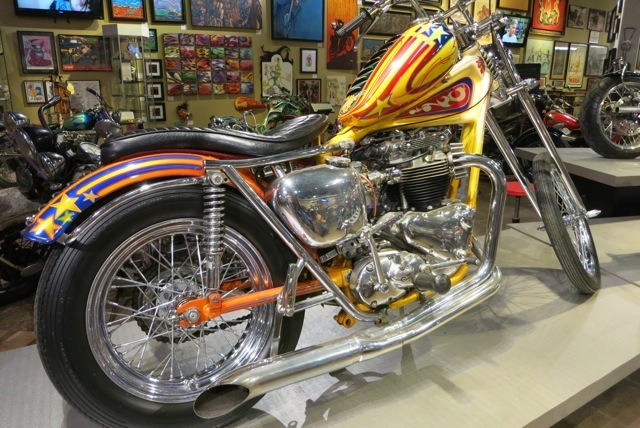 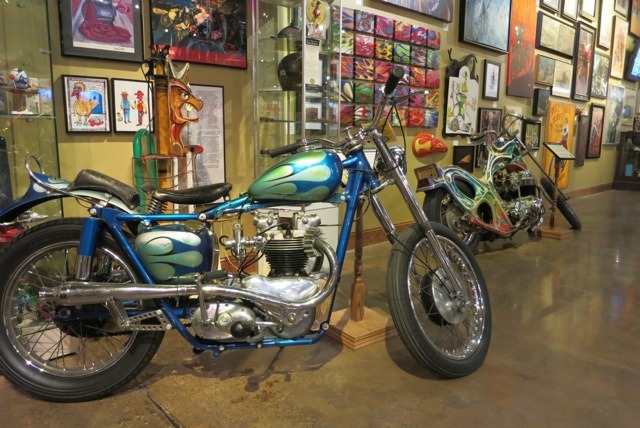 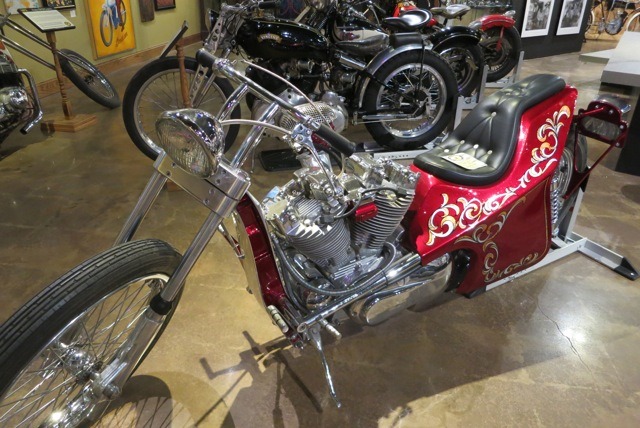