THE GRAND PRIZE WINNER FOR 2019 IS …William Ludington of New Virginia, Iowa! 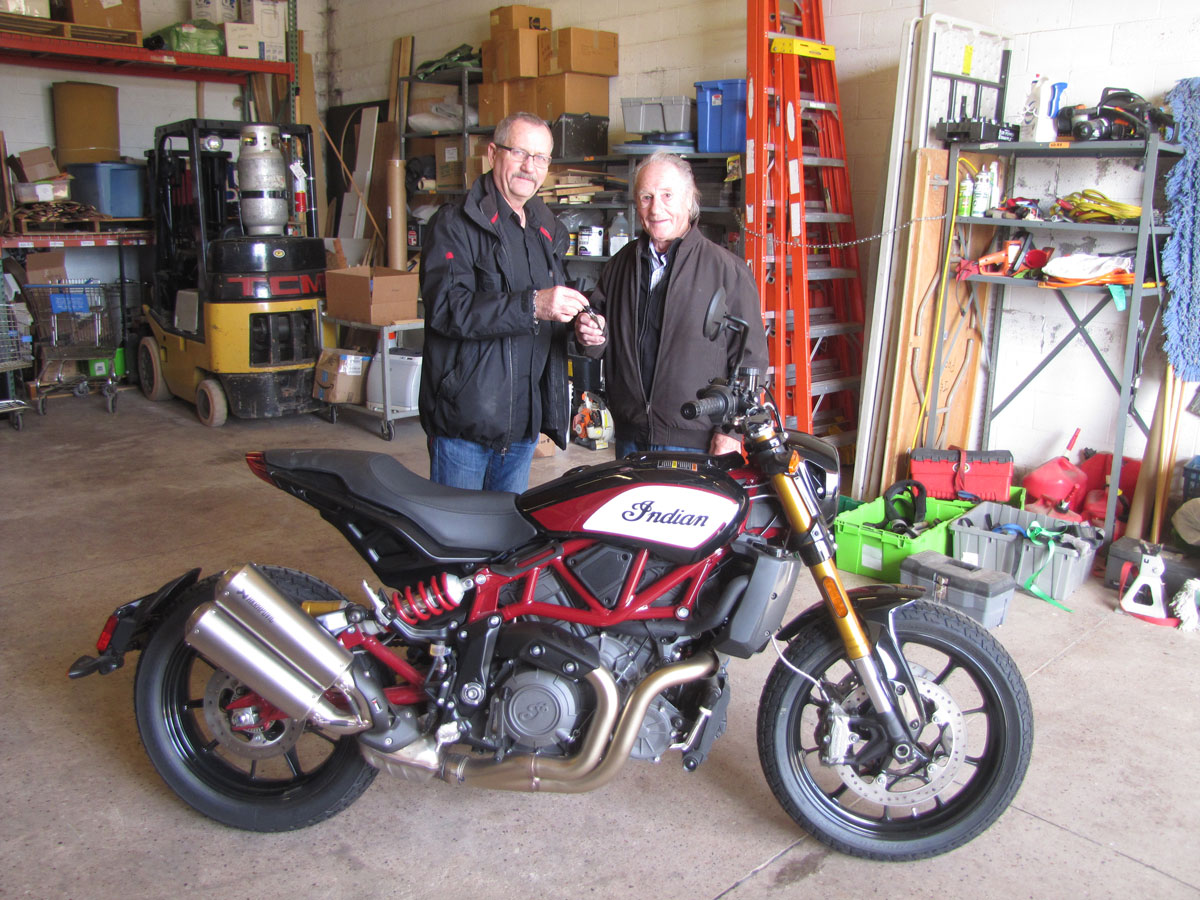 Bill Ludington of New Virginia, Iowa is the winner of the fabulous 2019 Indian FTR1200S! Now at 84 years of age, starting out riding a Harley 74 at age 10, Bill is a long time rider. He’s been responding to our mailings for over ten years, has donated for lots of chances to win the bike, and it finally happened! Over the years Bill has ridden Indians, Harleys, BSA’s and Matchless and currently rides a Triumph America and a Suzuki Savage. Congratulations to Bill who stopped by the Museum Tuesday, January 7, 2020 to pick up his new bike! Bill Barber, the Museum Director is shown above handing over the keys to Bill’s new ride!

Kyle Weatherly of Buffalo, Minnesota is the winner of an Indian Outpost Helmet. When he’s not riding his fully restored 1966 BSA Royal Star or his 2007 BMW R1200GS Kyle engineers automated production lines. He been riding about 46 years and visits the Museum at least once a year.

Jerry Himebauch of Walnut Grove, California is the winner of the second Indian Outpost Helmet. He grew up riding dirt bikes then switched to street riding. He bought a basket case 1957 Harley-Davidson “Panhead” and built it into a chopper, his favorite ride. Through the annual mailings we make to supporters, Jerry has been donating for chances to win the Museum’s Fundraiser Bike since the beginning of the program, about 15 years ago.

The Museum congratulates Bill, Kyle and Jerry and wishes them good riding with their winnings.