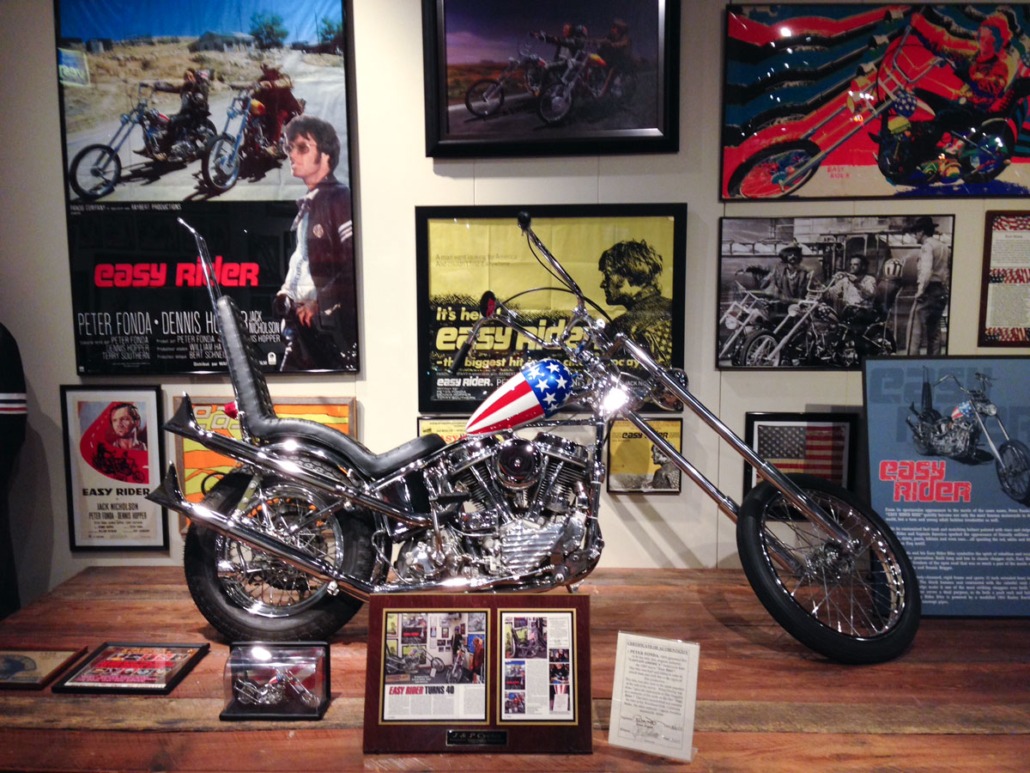 Original documented Easy Rider Captain America bike when on display in the Museum.

July 14 marks 50 years since the film Easy Rider hit theaters in America. The Dennis Hopper – Peter Fonda motion picture is important for a number of reasons. For one, it speaks to a generational shift, cultural changes taking place in America in the 1960’s. Children born just after World War II, so-called “baby boomers,” were coming of age around 1969 and did not hold to the same values as their parents. For many young Americans, different clothes and music, long hair, free love and experimentation with drugs were in motion. War in Southeast Asia had split our country, exacerbated by the draft put in place to develop a force to defend the West’s interests. Motorcycle sales had been growing exponentially. The arrival of Easy Rider, and Bruce Brown’s On Any Sunday a year or so later, confirmed Americans loved motorcycles, enjoyed a little risk involved in riding, even if their parents did not condone the new morals held by this generation.

The film Easy Rider did not invent the chopper, but it certainly locked it into our minds. The stylish motorcycle profile of cut steering heads, long forks and sissy bars had been happening for about a decade. Filmmaker Cliff “Soney” Vaughs had been riding them since 1961, and was hired by Peter Fonda and Dennis Hopper as Associate Producer of a new project Fonda called ‘The Loners’, to be a “motorcycle Western.” Vaughs provided the name ‘Easy Rider’, and his real-life adventures riding a chopper through the South in 1963, including being shot at from a pickup truck that U-turned to chase him in Alabama, where he marched with Dr Martin Luther King Jr. Vaughs organized the creation of the Captain America and Billy choppers with his mentor, Ben Hardy, in the style Hardy had been building for years: outlaw street dragsters and stretched out choppers. Dennis Hopper noted, “like with Rock n’ Roll, the African-Americans were way ahead of us [on choppers].” The “far out” look of the chopper was a symbol, a visual, and part of a Bohemian lifestyle that Hopper and Fonda used to get their points across in the film. 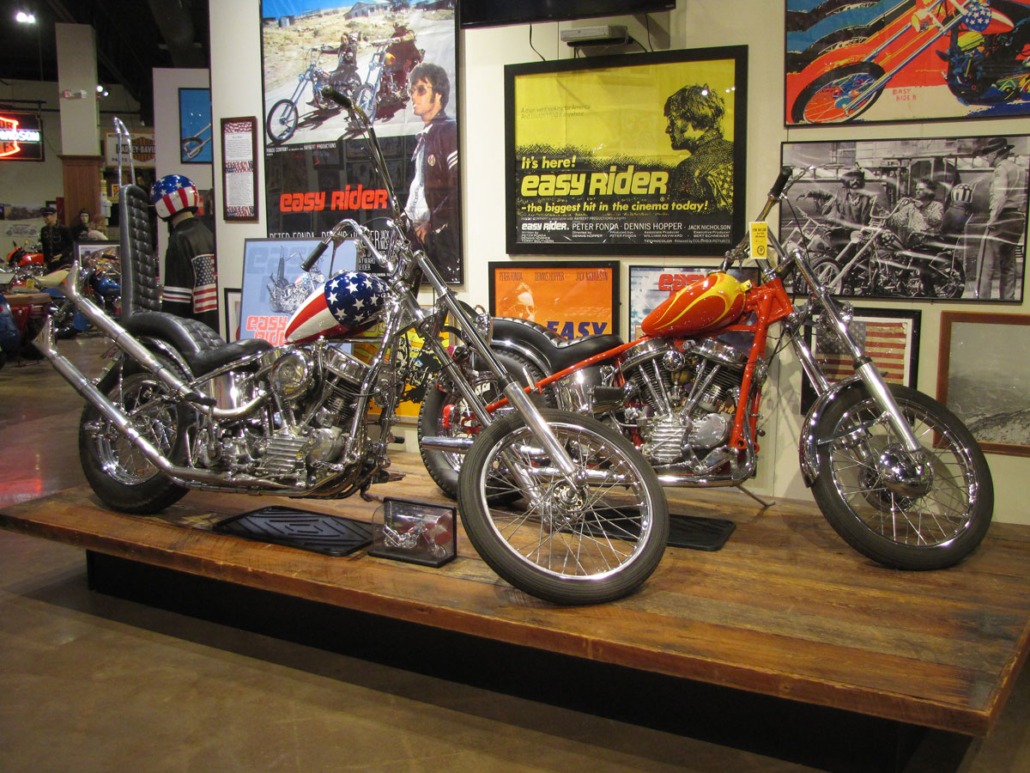 Captain America and Billy bike replicas currently on display in the Museum.

To celebrate the anniversary, this Sunday July 14 a restored 4K version of the film will be screened in about 400 theaters across America.

*For more of the story on the Easy Riders bikes, and a great, in depth history of choppers, get a copy of THE CHOPPER, The Real Story from the Museum Store. Author Paul d’Orleans did a lot of original research for his book which sheds light, blows away myth.