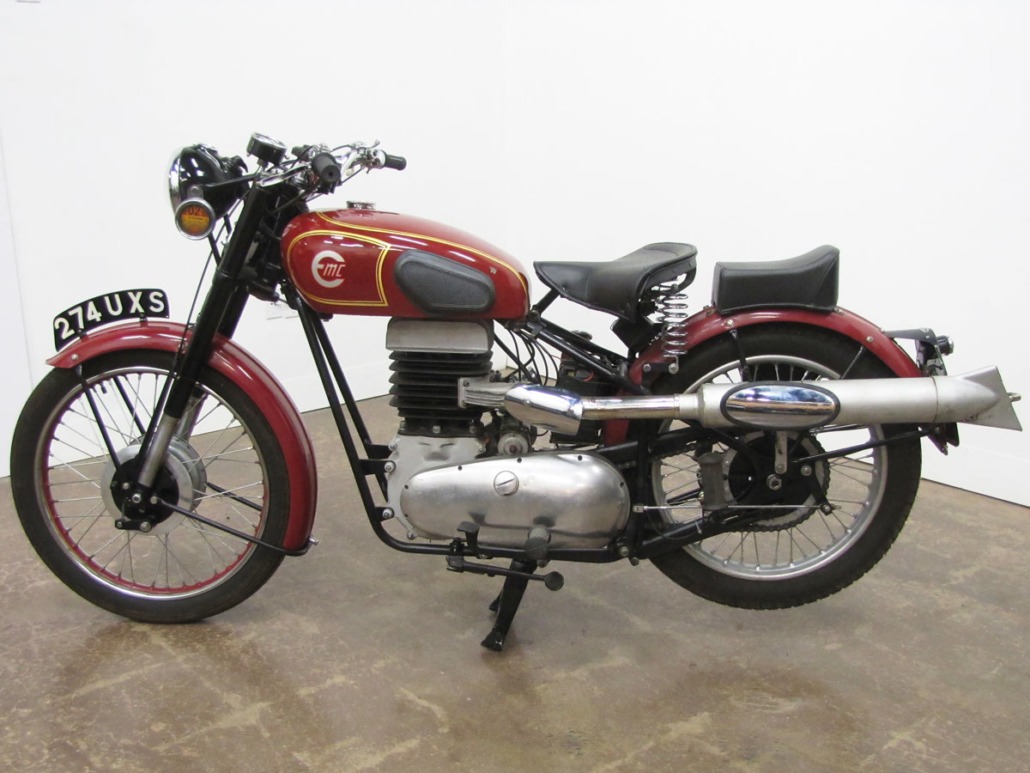 Joseph Ehrlich was an Austrian engineer, transplanted to Britain around 1937. He was passionate about designing two-stroke engines to make horsepower and burn clean; a difficult prospect. Ehrlich’s prime focus was the two-stroke road racer. He experimented with a range of engineering approaches including rotary valves with booster ports and radical versions of ‘split cylinders,’ similar to the “twingle” later marketed by the Austrian maker Puch and often arriving in America as a Sears Allstate.

Racing successes for Ehrlich designs were many against some of the biggest makers. Mike Hailwood won the 1962 Saar Grand Prix on an EMC. In the 1980’s EMC mounted riders won four Junior TT’s on the Isle of Man. A 250 EMC was the first 250cc bike to break the 110 miles per hour barrier on the Isle of Man. Formula III automobile racing calls for 500cc singles in a small lightweight grand prix car chassis, and Ehrlich found success there as well.

Though entirely different from EMC’s typical extremely high performance road racing motorcycles, classic lines and simplicity on this 350 EMC include a rigid rear section but an “upside down” hydraulic fork (with travel limiter strap) and dual drum front brakes similar to those used by Vincent. Note that exhaust and intake ports are at the rear of the cylinder, making a compact layout, and unlike most early two-strokes, an oil pump pressure lubricates the main bearings.

In his years as an engineer, Ehrlich worked for DeHaviland aircraft company and Wadon/Rotax, designed his last competitive motorcycle in the mid-1990’s. His last efforts included work on an “environmental engine,” a two-stroke with variable compression and displacement to reduce emissions and increase fuel efficiency. In 2015, Honda Motor Company applied for a patent related to a new two-stroke engine design, and Ford Motor Company has also researched “clean” two-strokes in the recent past, so it seems Ehrlich was always on a right path; the two-stroke engine is not dead. 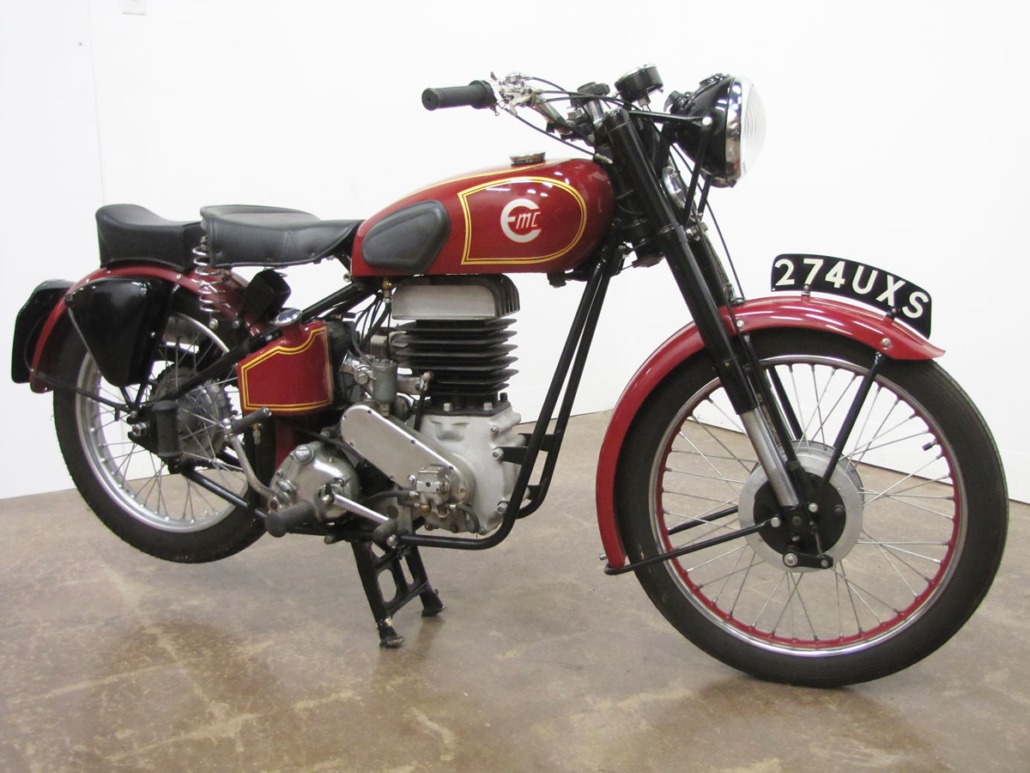