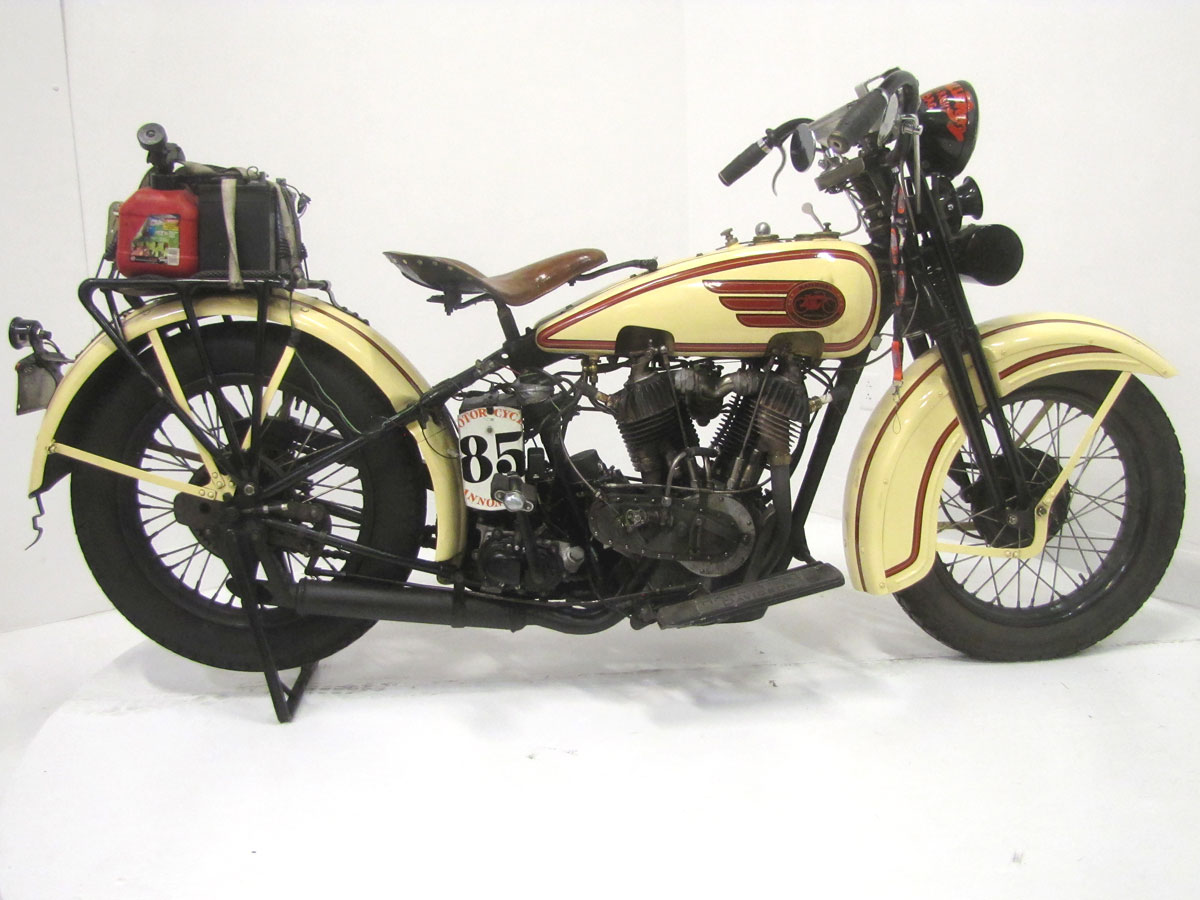 The first modern Motorcycle Cannonball run, the brainchild of the late Lonnie Isam Jr., from Sturgis, South Dakota, took place in 2010. Lonnie’s idea was to ride coast to coast on an antique motorcycle on a planned route in about 16 days, but as part of a group, with chase vehicles. The first ride was limited to pre-1916 machines. Entries came in from 45 riders feeling ready for the nearly 4,000-mile ride. Brad Wilmarth won in 2010 riding a single-speed 1913 Henderson. Another aspect was to pay respect to Erwin “Cannonball” Baker, the famous multi-time endurance rider and dirt track racer from the early 20th Century, but mainly to get old iron out on the road, running strong. 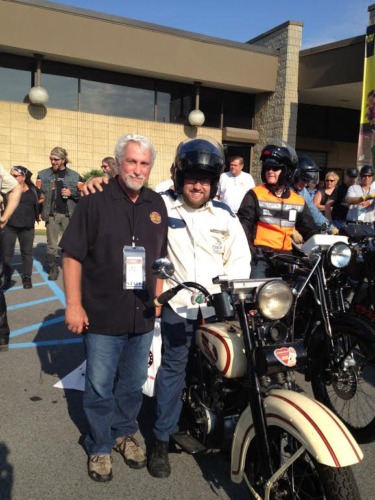 In 2012 for the second Cannonball, John Parham decided to field a Motorcycle Cannonball entry with Matt Olsen riding a specially prepped 1928 Harley-Davidson JD model, and that’s the bike you see here with its special number plates. You can imagine what it would take in the way of rider and motorcycle endurance. Preparation included several of John’s friends building spare wheels and a spare engine, gathering a variety of typical spares. On the ride the old Harley suffered  a few technical problems, mechanical and electrical, en route from Motorcyclepedia, Newburgh, New York to Dud Perkins Harley-Davidson in San Francisco, California. Matt was able to make repairs and continue west. 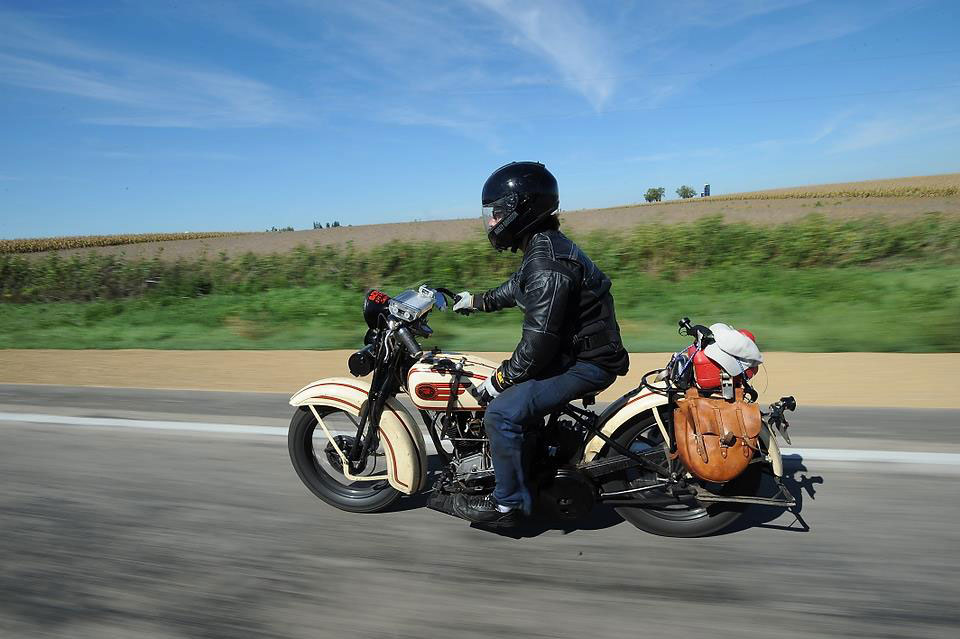 In order to stay on the designated path west, the Harley was equipped with a map holder, but otherwise was pretty much stock. As time went on a small gas can was added, and it became necessary to mount a garden tractor battery on the old JD’s luggage rack to make up for a failing electrical system.

Many of the Cannonball riders, though, shared Baker’s experiences: mechanical breakdowns, bad roads, rainstorms and many miles between gas stops. Official chase vehicles got everyone to the overnight stops where repairs could be made and most everyone made it to California one way or another.

As big engineering steps were made, driven somewhat by war time technology advancements, with battery ignition becoming the norm, and electric lights standard along with a 3-speed transmission, the Model J came into being. It was offered in various 61 and 74 cubic inch versions, served riders well until the arrival of the “flathead” Model D around 1929. The J was notable in that in about 15 years of manufacture it had been proven on streets, race tracks and had even served couriers in World War I. But response to military needs had caused extreme ups and downs in production: Harley-Davidson production is noted at a record 27,000 machines in 1920, but with military surplus available it dropped to 11,460 for 1921!

With annual engineering improvements the J was an even better bet than its predecessors for sidecar use. The frame and fork were stronger and more pulling power was available from the J engine which was eventually up in horsepower, up over 50% from its early versions.

Left largely as it finished the ride ten years ago, this Cannonball Endurance Run machine is one of several Model J’s and Model JD’s in the Museum and it’s part of the Jill and John Parham Collection. When you visit check it out as well as several J engines are on the “Motor Wall” for you to study.