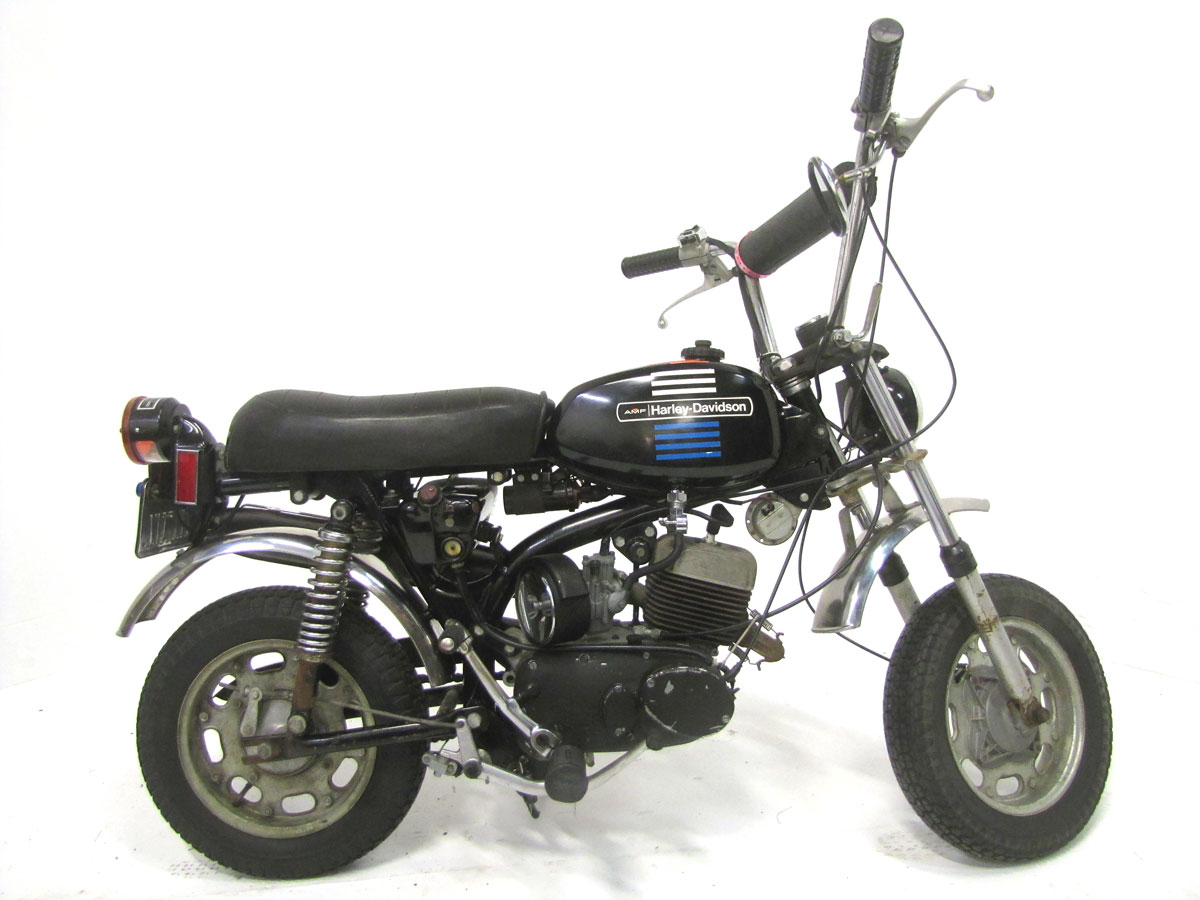 The Harley-Davidson X-90 Shortster was offered in America for three model years, 1973-1975 and records show about 17,000 of the Italian-made minis were sold. With 10 inch wheels, a four speed transmission, wet multi-plate clutch and an 8 horsepower two-stroke engine it was more sophisticated than many American minis from the 1960’s like those from Fox and Rupp.

The X-90 Shortster uses a solid backbone-style frame, hydraulic suspension, street legal lighting, a license plate mount, gauges and a braced handlebar that can be folded for transport. Picking up on styling trends, the bike incorporated an upswept exhaust with a chrome heat shield, a solo seat, big bike grips, polished stainless steel fenders. Blue and red machines are noted to have been made, but black seems the most common color, with classic AMF graphics applied. The wheelbase was just over 40 inches and tires were a healthy 3.00 x 10 inches. The X-90 was derived from the MC-65 and replaced it in the Harley lineup, but there is almost no parts interchangeability between the two machines.

Harley-Davidson’s partial ownership of the large Italian manufacturer Aermacchi brought a wide range of street, racing and off-road motorcycles to showrooms. In 1960, well before the Japanese Big Four had penetrated the U.S. market, Harley-Davidson had purchased a 50% share, and in 1974 owned Aermacchi completely. Harley already had American-made lightweight two-stroke bikes like the Hummer, 165 and Scat plus their Topper scooter, but the Aermacchi relationship brought more lightweight machines helping dealers match the offerings of the competition. Through this Italian connection updates also came at a more rapid pace.