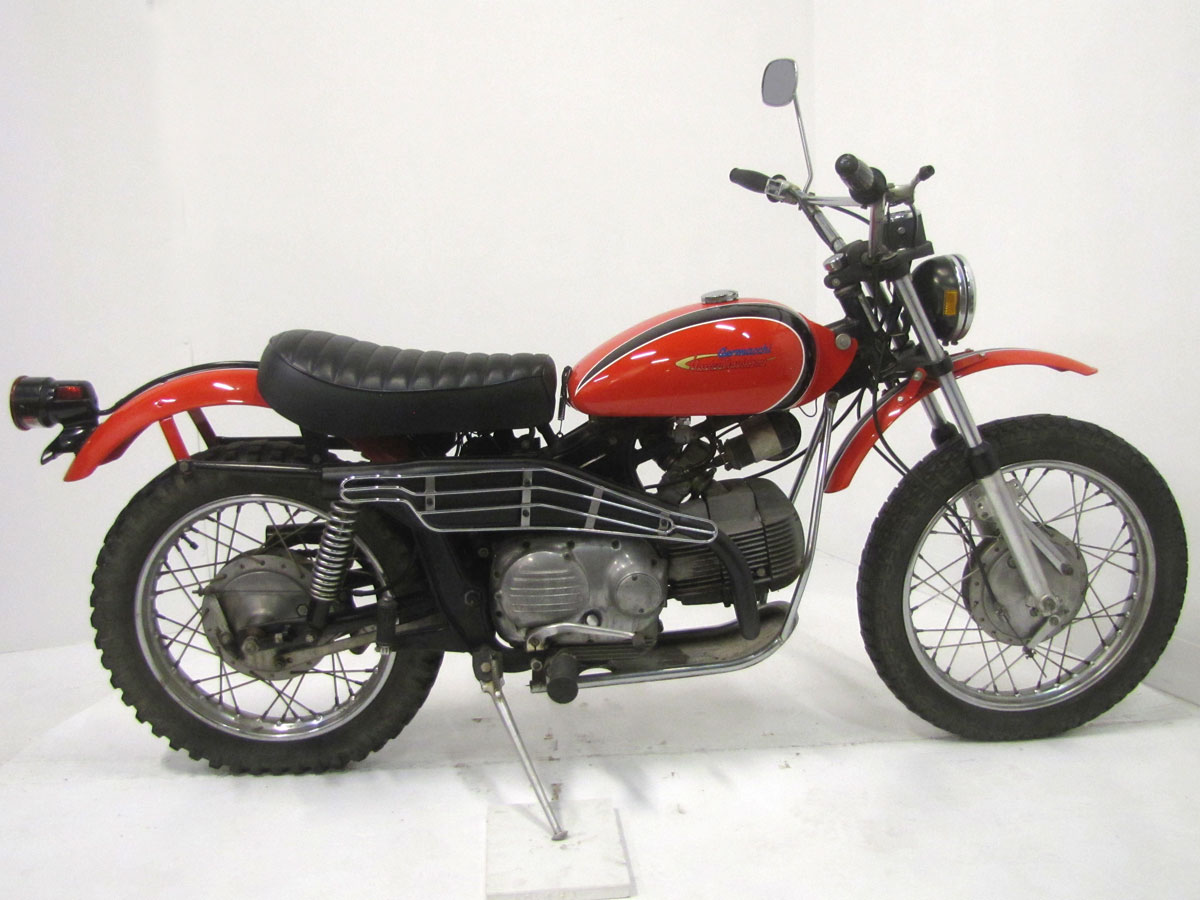 Before Harley-Davidson bought controlling interest in Aermacchi, this “sloper” engine powered a variety of light weight Aermacchis including the stylish Chimera, a 175cc version also on display in the Museum.

In 175, 250 and 350cc versions, for street, off-road and racing of many forms, this was a true workhorse for Aermacchi, and later Harley-Davidson.  From mild street bikes to championship winning dry-clutch dirt track and road race machines of 250cc’s, this single was remarkable. It still works well in vintage racing.

This Sprint version is the SX350, a middle-weight with off-road or “enduro” styling popular in America at the time. The braced handlebar, upswept exhaust and an optional skid plate helped attract a new audience, but the machine did not fare well against the foreign competition in showrooms.

In the 1960’s Americans were introduced to a wide range of new middle weight imported motorcycles. Harley-Davidson offerings were by then all roughly 900cc and larger machines, heavy weight and relatively expensive. Seeking a quick fix for the market share they gave up to foreign makers, Harley bought a controlling interest in Aermacchi about 1960. With this arrangement machines with displacements ranging from 50cc’s to 350cc’s became available in two-stroke and four-stroke models including those commonly referred to as Harley-Davidson Sprints, and about 50,000 were imported over a period of 15 years. The SX350 got a major chassis redesign in 1972 and 350 model lasted through 1974. In 1978 the Castiglioni brothers bought what remained of the Aermacchi factory and equipment.

This 350SX Sprint with a striking custom paint job resides in the Harley-Davidson section of the National Motorcycle Museum alongside a wide range of Harleys of all types, 1908 to the early 2000’s.