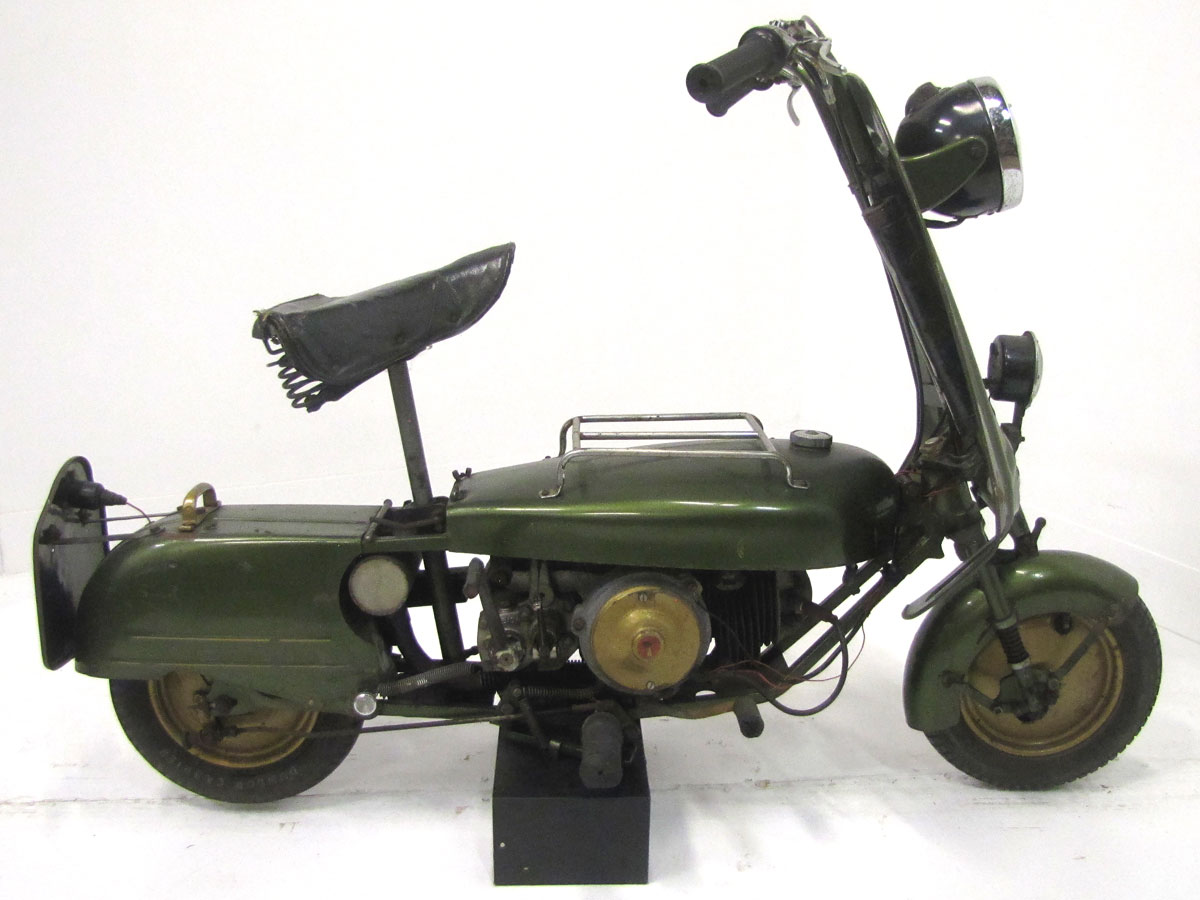 First sold in the US in 1948, the Indian Papoose actually started out as a military vehicle, the Welbike. It came about early in World War II, 1942, where it was designed as airborne troop transportation. From the same aircraft, troops were parachuted as were these small collapsible scooters. Unpacked from the container they were dropped in, then unfolded, seat lifted into position, the soldier could begin his motorized trek to military action.

Early in World War II, Britain’s Special Operations Executive called for design of a lightweight motorcycle. By design it was to be dropped with a soldier behind enemy lines; size, weight and simplicity were key. The design work was done in Welwyn near London by a former race bike designer.

After the War, the Corgi, its second name, came to the United States. The British Brockhouse Engineering manufactured the bikes for Corgi. In 1951 this same Brockhouse purchased the rights to Indian Motorcycle Company and sought expansion of the model range. So through transition in name and design details, the Welbike became the Corgi, then the Indian Papoose! By 1954, about 27,000 were built.

Depending on service and era, there were different engines and early machines had spoke wheels, later they were a simpler pressed disk wheel. Colors and other details changed as they were “civilianized.”

This largely original condition Indian Papoose is on display in the Indian Motorcycle History area of the Museum, and is from the John and Jill Parham Collection.