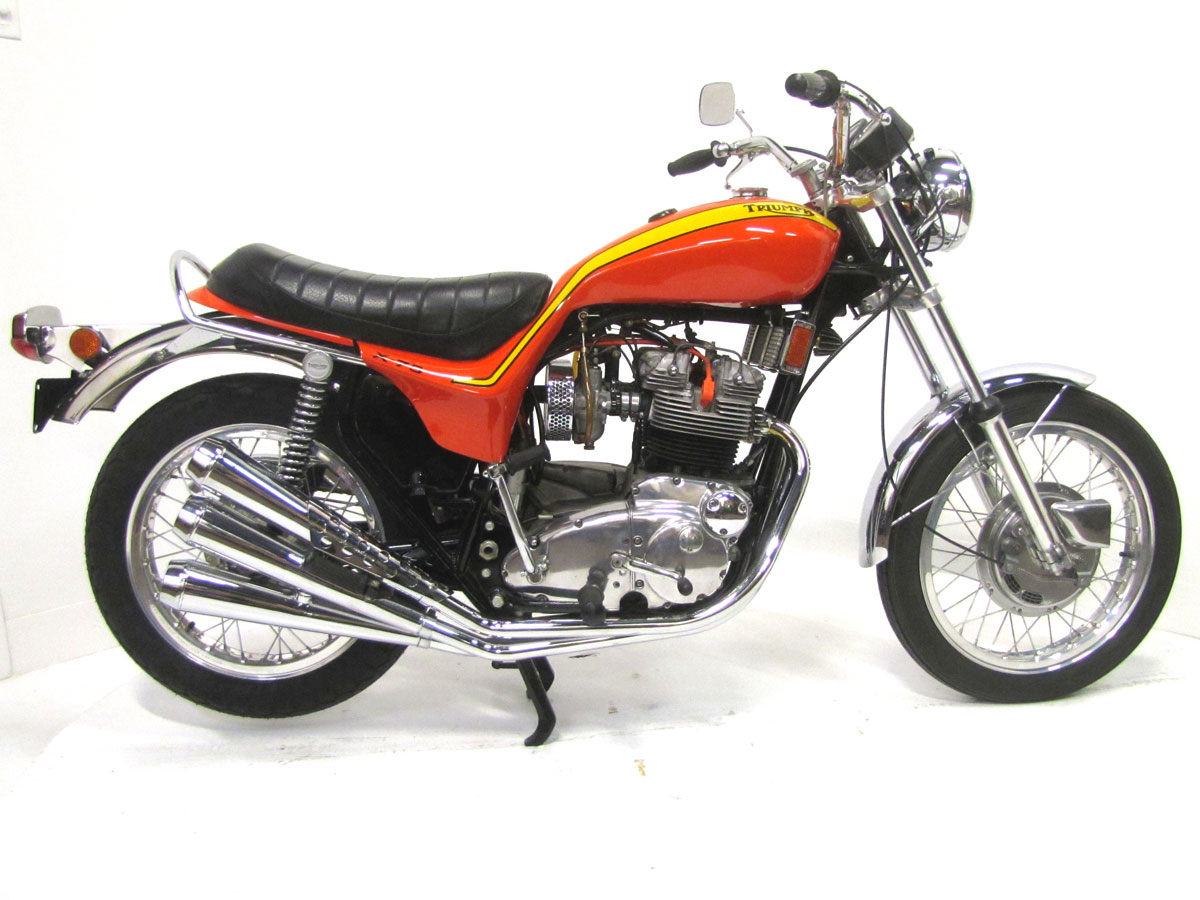 In 1969, in an effort to expand the niche of the new BSA Rocket 3 “triple”, designer Craig Vetter was given one to experiment with. The fantastic X75 Hurricane was the result. Featuring lots of polish and chrome and a bright orange paint scheme with yellow reflective striping, the Hurricane’s appearance moved far past the dull green and red offerings of the stock machine.

BSA was out of business by 1973 and Norton was nearing its end. Competition from Japan was strong; the Honda CB750 hit in late 1969 along with the Kawasaki H1. The American market was extremely important to British bike manufacturer Triumph. It’s said that what Triumph was after was a chopper version of its 750cc triple to feed the styling trend fueled by Easy Rider; extended front ends, skinny front wheels and upswept exhaust was happening in the motorcycle scene. But working in glass fiber reinforced resin and plenty of chrome, schooled and knowing Craig Vetter gave them instead a more lasting look.

The standard Rocket 3 front end was slimmed by removing the fork gaitors and using an abbreviated chromed fender with light wire stays. Placing the headlight high adds to the impression of long forks, which were extended about an inch over stock. The fuel tank, a sleek but too small two and a half gallon sculpture, necked down to transition into integrated side-covers, then a seat pan. Upswept triple exhausts add motion and visual weight to the rear of the bike, though right side ground clearance was a problem. This is a great example of a schooled Industrial Designer at work.

This bike is displayed in the Best of the Best gallery sponsored by Hagerty Insurance and is on loan from Jerry Rewerts of Nevada, Iowa. When you visit the National Motorcycle Museum you can observe Vetter’s great remake of the BSA Rocket 3, which then became a Triumph.