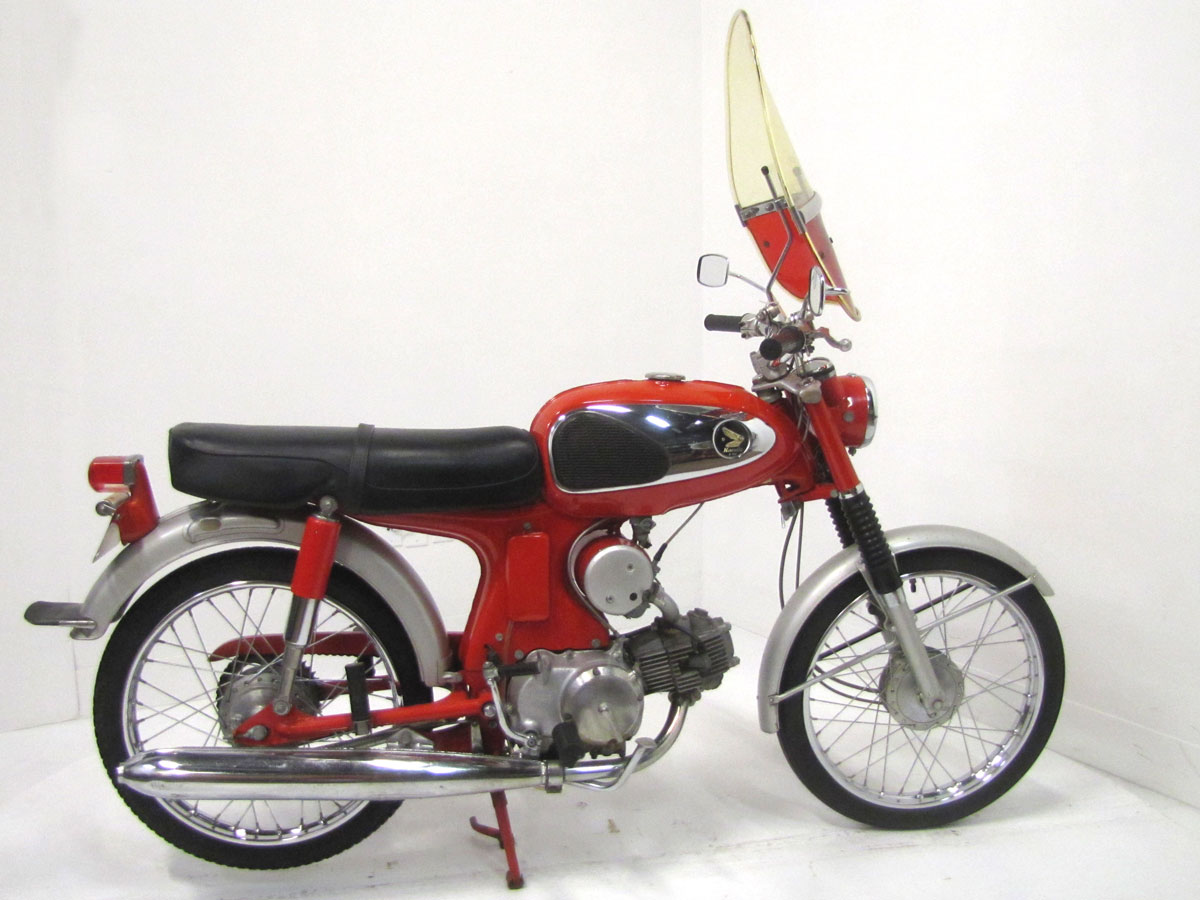 The Honda Super 90 was one of Honda’s first small bikes with an overhead camshaft engine. It had a conventional tubular hydraulic fork, not their pressed steel leading link design. Like their bigger sport bikes, and factory road racers, it had trim silver fenders. There’s a decent amount of chrome. Frame and swingarm and other chassis bits were either black, red, blue or white. The fuel tank, low handlebar and full size 18 inch wheels enhanced the look; it appeared more like Honda’s bigger bikes than it’s step-through 50 and 90cc machines. If you were riding a moped, a scooter or a Whizzer the S90 may have been a “next motorcycle” you lusted for.

Like other Japanese bikes, the S90 was durable. As long as you kept the oil level up, and were a good shifter, the roller and ball bearing engines could be flogged mercilessly. Brakes were decent. If you were a budding mechanic, service was simple as long as you had metric wrenches and a Phillips impact driver though the chain driven overhead cam might give you pause. Large screw-on covers opened up the rockers for simple valve adjustment. The battery and points ignition needed little attention. Unlike the touring 90, the CA200, and the CA95, the final drive chain was not enclosed so maintaining it was easy.

A few years into production, the high pipe CL90 came along. This basic engine also powered Honda minis like the ST90. Today, Honda is still focusing on the smaller engine machines with the Grom and recently released Mini-Trail.

This Honda Super 90 is on loan to the National Motorcycle Museum from David Schillig.