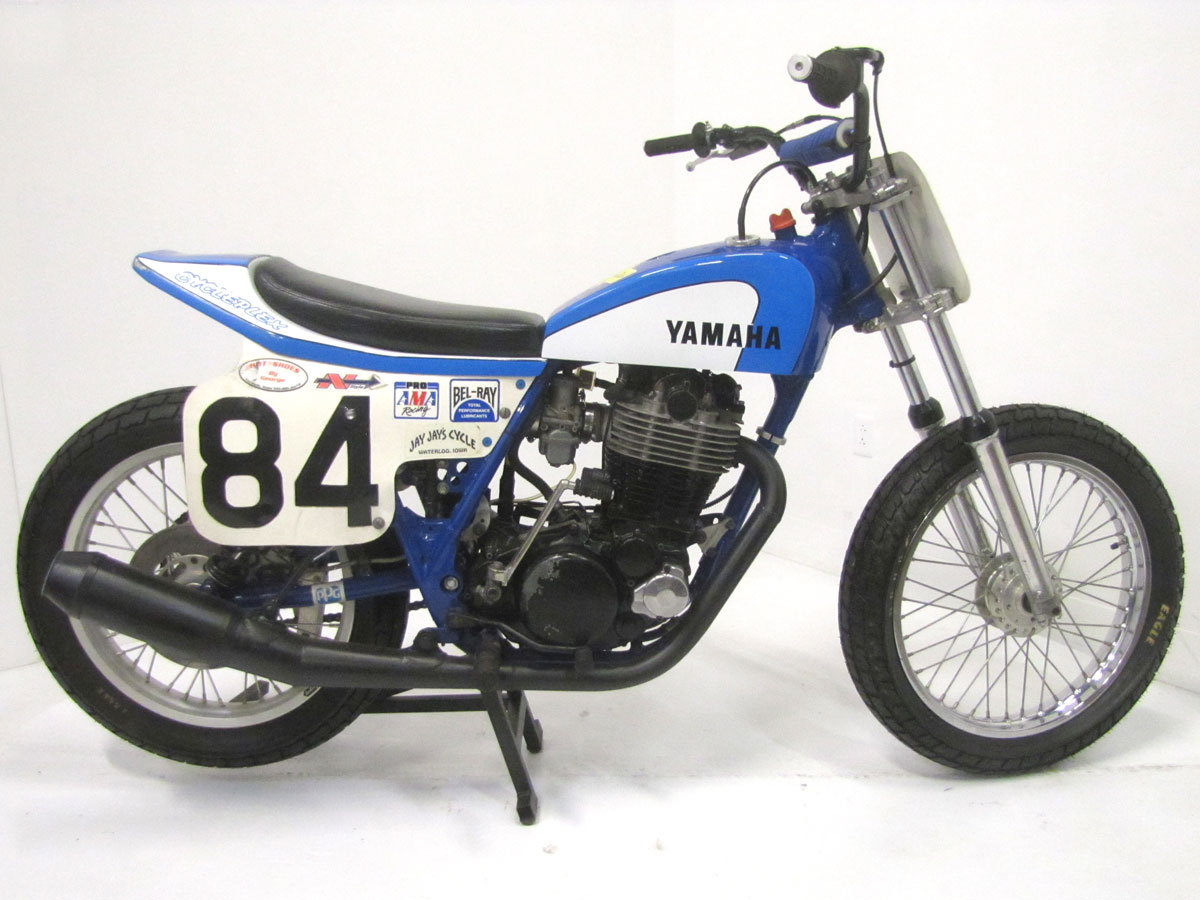 Adam Bevard and his father Ron built up this TT500 Yamaha for dirt track racing. According to Ron, the TT500 is a great platform to start with, mainly due to the stock engine’s very tractable power. Ron says the steering needed quickened up so he employed the old technique of notching the frame and resetting the rake, making the steering head more upright. The frame was then “de-tabbed” but is otherwise stock as are the shocks. They ran 19 inch rims front and rear and used Goodyear Eagle DT dirt track tires. The rear hub is a Barnes quick change on a Sun rim, up front a conventional Yamaha spool hub on a stock steel rim. The seat and tank are fiberglass. “The motors work fine pretty stock for local amateur riding and are very dependable, great on indoors. We switched to a bigger Mikuni carb and ran a Gemco pipe. Adam won his class in local racing for the 1998 season.”

Yamaha was building a useful range of simple air-cooled four-stroke singles in the era, in three varieties. The TT off-roader, the XT enduro bike and the SR road machine were all popular. 40 years later there is a bit of a cult following for some models, road and off-road. They are simple, useful machines in the form of the British single, though more developed with better chassis and are certainly more dependable.

When you visit the National Motorcycle Museum, walk over near the Board Track Racing display. There you’ll see Ron and Adam’s Yamaha TT500 is sitting right next to Ron’s 2003 KTM 525SX, also set up for dirt track, and a nice line up of other dirt trackers, back dropped by fine early Board Track racers. An XR750 and a WR Harley, a BSA Gold Star plus Jay Springsteen’s Harley MX250 powered short track racer and others are there for your review.