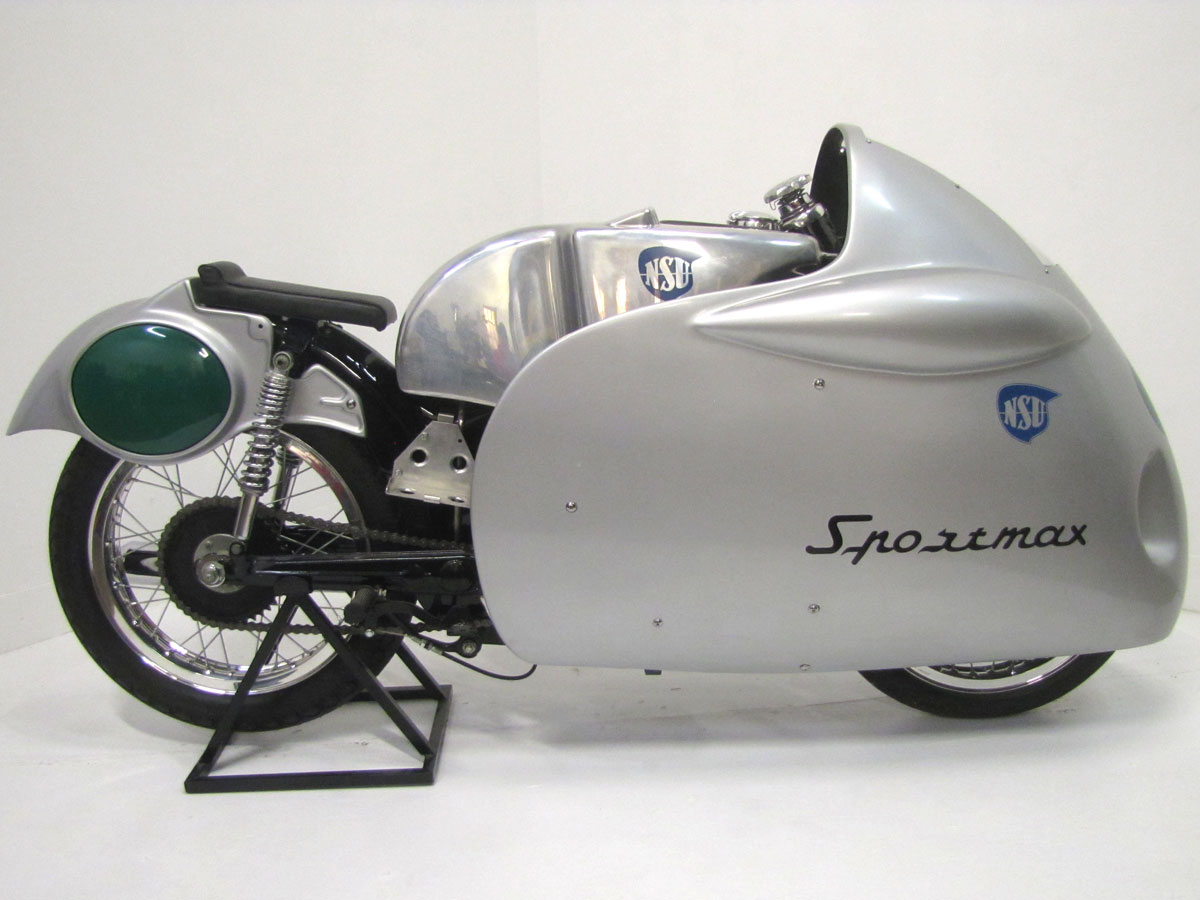 A production racer based on the road going NSU* Max, the Sportmax was very successful in Grand Prix racing and even won the 1954 World Championship.

With World War II almost ten years behind them, the motorcycle manufacturers in England, Italy and Germany were doing battle again on race tracks around the world. With an injection of cash from the German government, as it did for its automakers, NSU was applying engineering genius and technology making some of the finest motorcycles, and winning races.

One unique feature of many NSUs is that the overhead camshaft is not rotated by gears or chain but rather by a design employing connecting rods used 30 years earlier by Bentley. Imagine a crankshaft with the connecting rod strokes opening and closing the valves! Much like Mercedes did with their distinctive full bodied W196 Grand Prix car, also circa 1954, NSU Sportmax employed extreme streamlining in the form of a “dust bin” fairing typically formed from aluminum like this fuel tank. After bad experience with cross winds, racing sanctioning bodies banned such enclosures demanding open front wheels.

Looking closely at this NSU race bike, its frame and suspension built very much like NSU street bikes, we see major components are pressed steel, a design borrowed by Soichiro Honda and other makers. The fork is a form of leading link, supported on a large drum brake.

This discerning replica of the Sportmax is built of high grade components and gives an idea as to the layout of the very rare NSU Sportmax racing motorcycle.

When you visit the National Motorcycle Museum you can see a great collection of road racing machines from European, British, Italian and American manufacturers  including this NSU from the Jill and John Parham Collection.