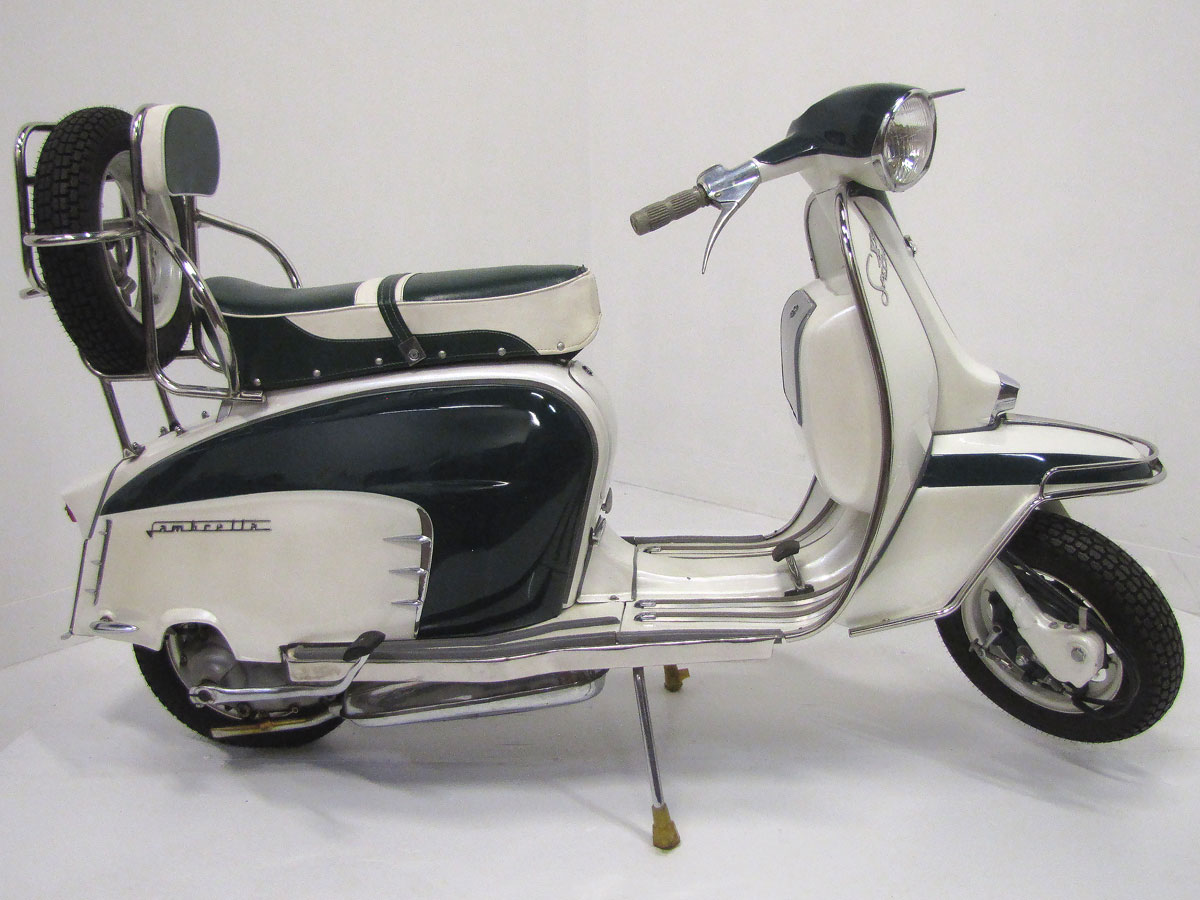 The Lambretta company was founded in Italy just after World War II and was part of industrialist Ferdinando Innocenti’s manufacturing complex. Italy needed jobs and cheap transportation after War ravaged the country. Scooters and bicycles were key to its recovery.

Lambretta released its first scooters for sale in 1947. This Li 150 Special came along years later in 1963. It was one of the company’s more sophisticated offerings with relatively high performance and comfort plus great style.

Today in Italy it’s estimated that 50% of all vehicles on the roadways are scooters, and a total of over 3.5 million Lambrettas have been produced, around 200,000 per year. In America scooters had a heyday in the 1950’s and 60’s then faded from the scene perhaps due to the influx of great lightweight motorcycles. In the 1980’s there came a resurgence which lasted till today when stylish and efficient electric scooters are coming on the scene.

This Lambretta scooter is on loan from the Jill & John Parham collection and is one of about 25 scooters, mopeds and mini-bikes you can see when you visit the National Motorcycle Museum.
Specifications: