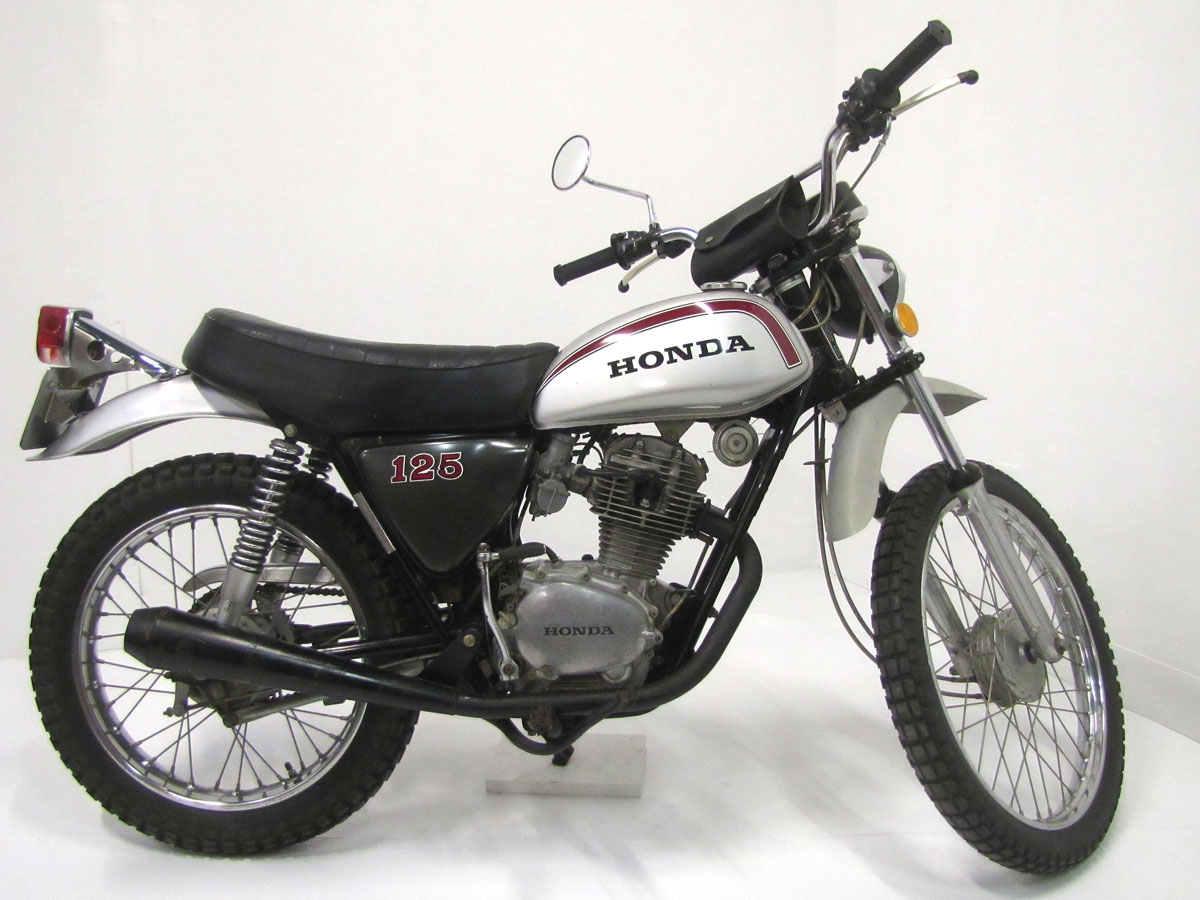 More capable for off-road use than the CL series of the 1960’s and early 1970’s, Honda launched the SL series about 1970 with 100, 125, 175 and 350 cc machines. Street legal machines, they served as great dependable dirt bikes, but also transportation for tens of thousands of riders.

Offering CL72’s and CL77’s, the 250 and 305 Scrambler models of the mid-1960s, Honda and other Japanese makers brought us somewhat heavy dirt bikes that were lightly modified high pipe versions of their street models. But these bikes caught on and made thousands of off-road enthusiasts. With the SL model line, chassis and engines became a bit more appropriate for off-road riding. The two-stroke CR250 and CR125 Elsinores were Honda’s first real motocrossers, first available in 1973 and 1974 respectively.

Like other Honda products, the basic engine design of the SL125 was used in several machines over a long period also in 100cc form. Honda finally gave us 5-speed transmissions, somewhat longer travel suspension with more ground clearance. But they invested in more dirt oriented frames and the high level fenders were functional and good looking. Backyard and farm field tracks everywhere gave riders some experience and many decided to go racing.

John Seager’s father bought him this particular Honda SL125 new in 1972, the first year Honda used the Motosport nomenclature which also appeared on their radical for the time XL250. John used it off road, used it to get to classes during engineering school and for engineering internships in San Francisco and Detroit, commuted with it and kept it in good condition for over 43 years before donating it to the National Motorcycle Museum. “As a young kid I added heavier rear shocks, the plastic front fender and the Hooker Header to let the neighbors hear us,” offers John.