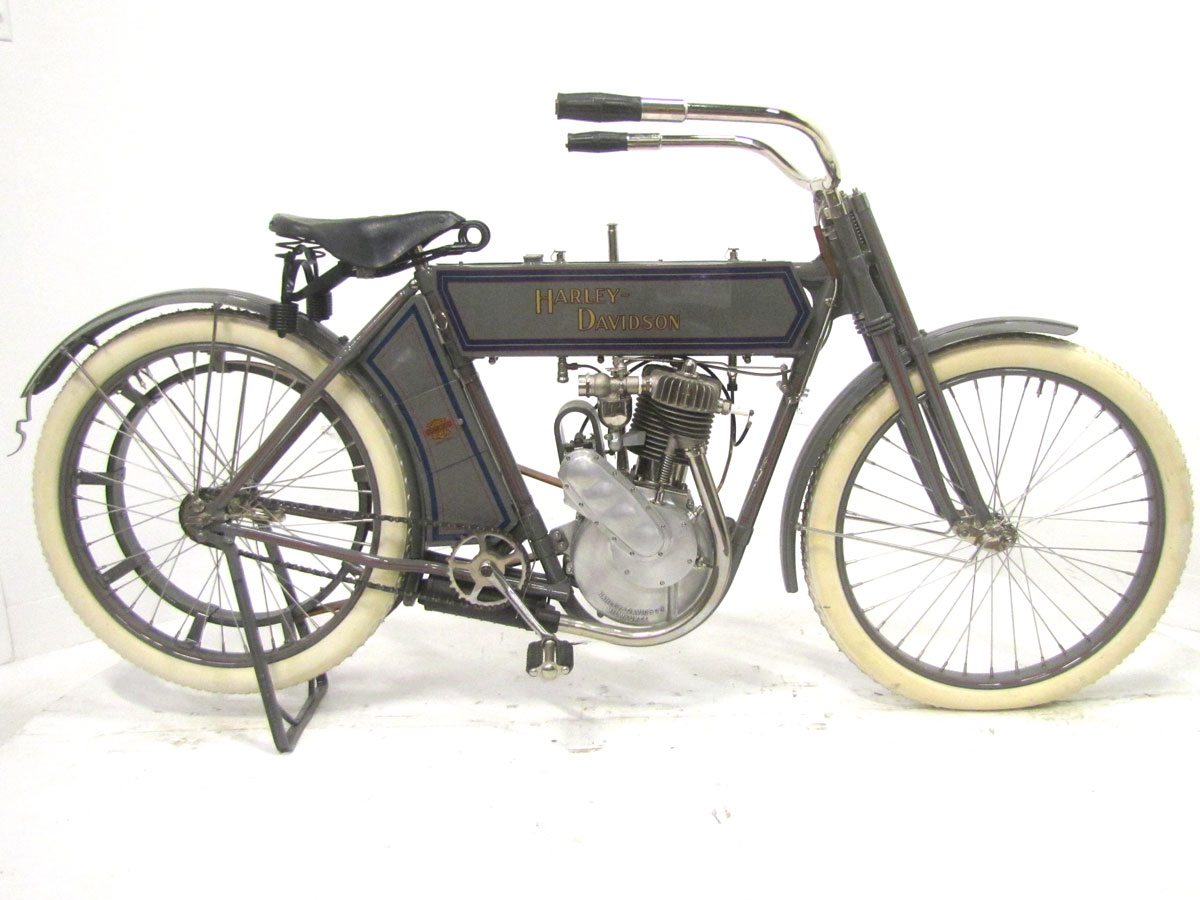 In 1911 a lot of motorcycle shops were on main streets in down town areas. Big show windows with reverse painted gold leaf lettering announced the name of the dealer and what brands were offered. Walking by on the sidewalk, you’d see shiny new bikes, elevated a bit, displayed behind glass; jewels in a showcase. Walking in, on display would be Harley-Davidson singles and the just released V-Twin. Bikes might be on display in a row angled to the wall. Showcases would display accessories behind glass, wheels and tires might hang nearby to one side. You might be able to glimpse a small workshop out back with a bike or two on stands in for service. This 1911 7A or one like it might have been there. A silent gray fellow with crisp, bright pin-striping, gleaming nickel plating and a fresh leather saddle.

And just eight years into production the “Silent Gray Fellow” was already an iconic image.

The big brother 7D model showed off Harley’s newer, larger V-twin design, but it was to have serious technical problems and would be “recalled,” retooled and re-released a couple of years later. The 7A single stuck with what Harley-Davidson had initially produced; a small reliable belt drive single cylinder motorcycle.

With 30 cubic inches and 4 horsepower the 7A was a comfortable and economical means of transportation. Acetylene lighting, a bulb horn and a luggage rack were typical accessories. Chain drive would not be employed until 1913.

This early Harley-Davidson is graciously on loan to the National Motorcycle Museum from the Jill & John Parham Collection. It’s part of a very large grouping of 100 years of The Motor Company’s production of machines and memorabilia, posters and signage you can enjoy on your next visit.