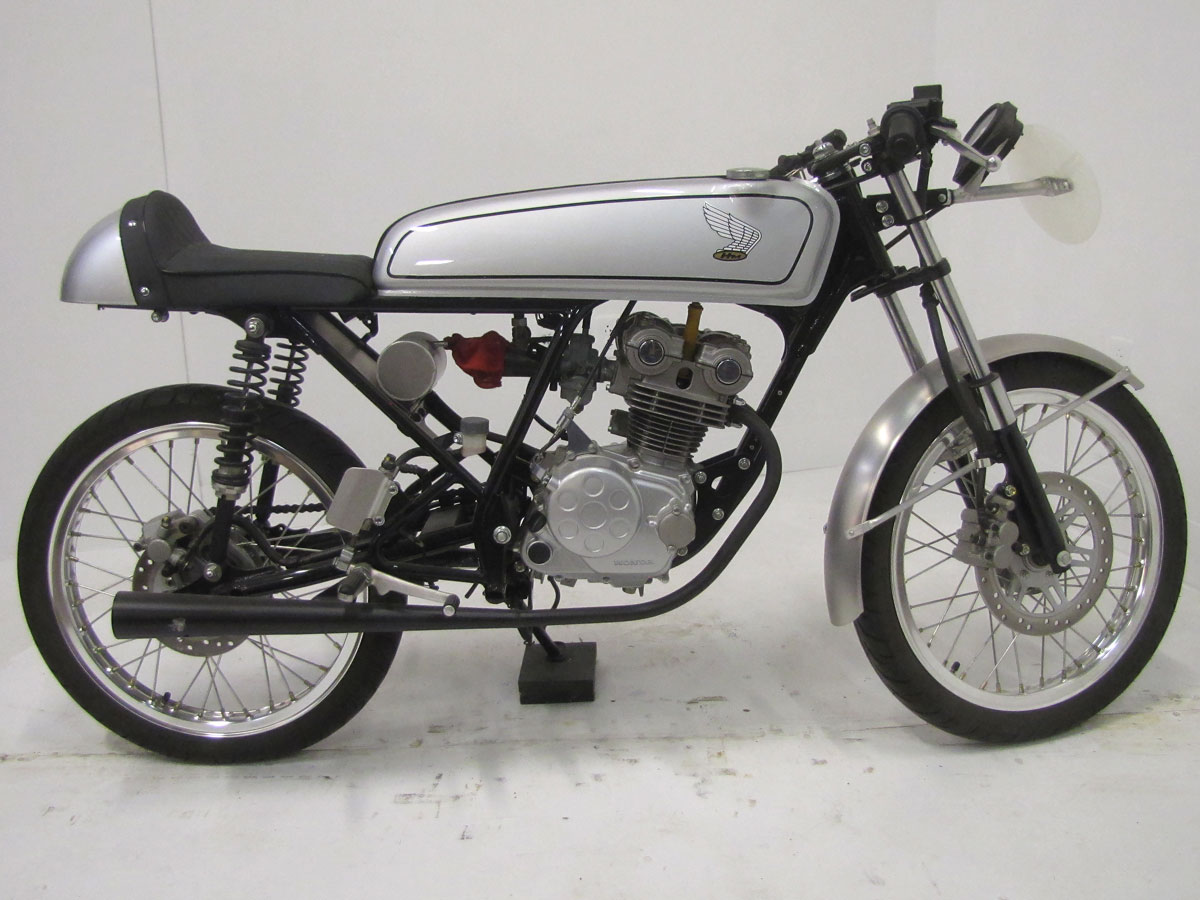 The Dream 50R was designed and built to commemorate Honda’s early road racing history, some of which was in the 50cc class. The 50R followed the 1997 release of the street legal red-framed Dream 50, aka AC15.

Honda began making motorcycle engines in 1947, soon after World War II ended. Production machines of the 1960’s were very technically sophisticated compared to British and American offerings of the time. Soichiro Honda believed that racing improved his company’s engineering, and by 1959 Honda was making factory racers and beginning to win Grand Prix championships. Though the race winning RC factory race bikes could not be bought by privateers, the CR, “customer racer” line-up was available and was much lighter and higher tech than the also race-able 125cc CB92s or 250cc Hawks of the time. The 50cc CR110, 125cc CR93 and 250cc CR72 were prized in their time and highly collectible today. The Dream 50R commemorates the CR110.

Though not as exotic as the early 1960’s CR110 with an 8-speed transmission it emulates, this 2005 Dream 50R is styled in the same vein, pays homage to the days of sleek, long alloy fuel tanks, alloy fenders, solo “bump pad” seats and air-cooled DOHC four-stroke engines.

The Dream 50R, and it’s legal-in-some-countries Dream 50 cousin, have a strong “tuner” following in Japan, and a wide range of cosmetic and performance parts are available. Honda HRC, responsible for the 50R and decades of Honda factory race bikes, also offers parts for these machines which were made for about a year in a small batch.

1911 Harley-Davidson 7A Scroll to top