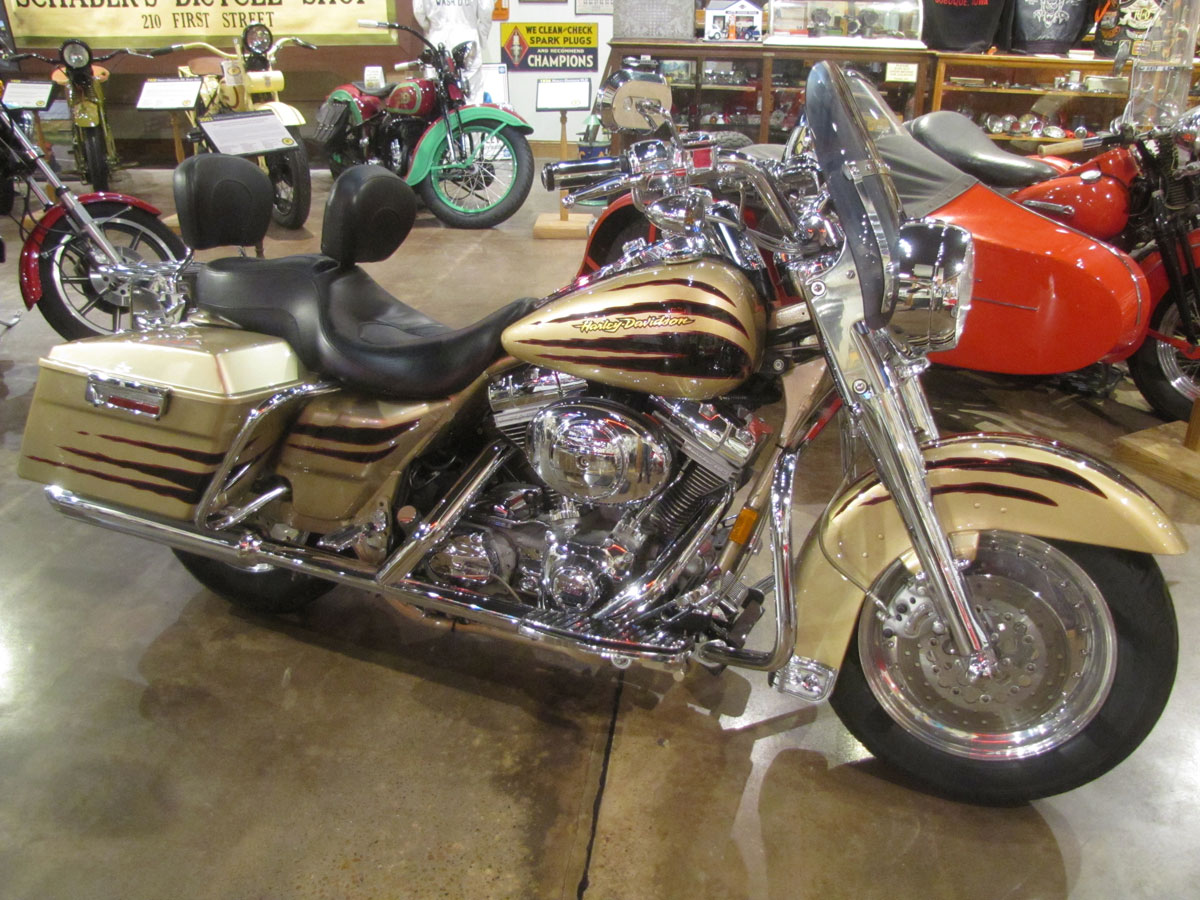 Almost 20 years ago now, Harley-Davidson celebrated 100 years of motorcycle manufacturing in 2003 and produced a variety of special edition bikes including CVO’s.

Originated in 1999, the Custom Vehicle Operations section at Harley-Davidson takes manufacturing to “a whole new level of customization, nearly impossible to duplicate on a standard bike, boasting accessories that can’t be purchased anywhere else,” according to Harley-Davidson literature. CVO’s used bigger engines, fancier wheels, more chrome and definitely special paint. This bike is one of 3600 CVO Road Kings made, a model FLHRSEI, finished in Centennial Gold with Black and Burgundy accents. It’s one of just two styles of CVO’s made that year, the other being the Deuce. The spec sheet includes 50 special CVO items, many of which are 100th Anniversary related.

To many Harley enthusiasts, the Road King is the “core” American motorcycle with roots back to the late 1930’s Knucklehead. With bags and a windshield, it’s minimal, flexible, nimble, ready for about any ride anywhere. In 2003 all FL’s were powered by the Twin Cam 95 engine, but this CVO is bored and stroked to 103 cubic inches. Bill Philbin, the original owner, and donor of the machine stated in 2014 when he gave the bike to the Museum, “The bike, though not that old, is beautiful and significant because it marks a milestone in the Motor Company’s first 100 years. It is almost 14 years into the next 100. As the years go by this century marker will be important and that is why I had to have it in the first place.”

Bill Philbin graciously donated his Anniversary CVO Road King in 2014, and you can check it out among a fine group of Harley big twins the next time you visit.