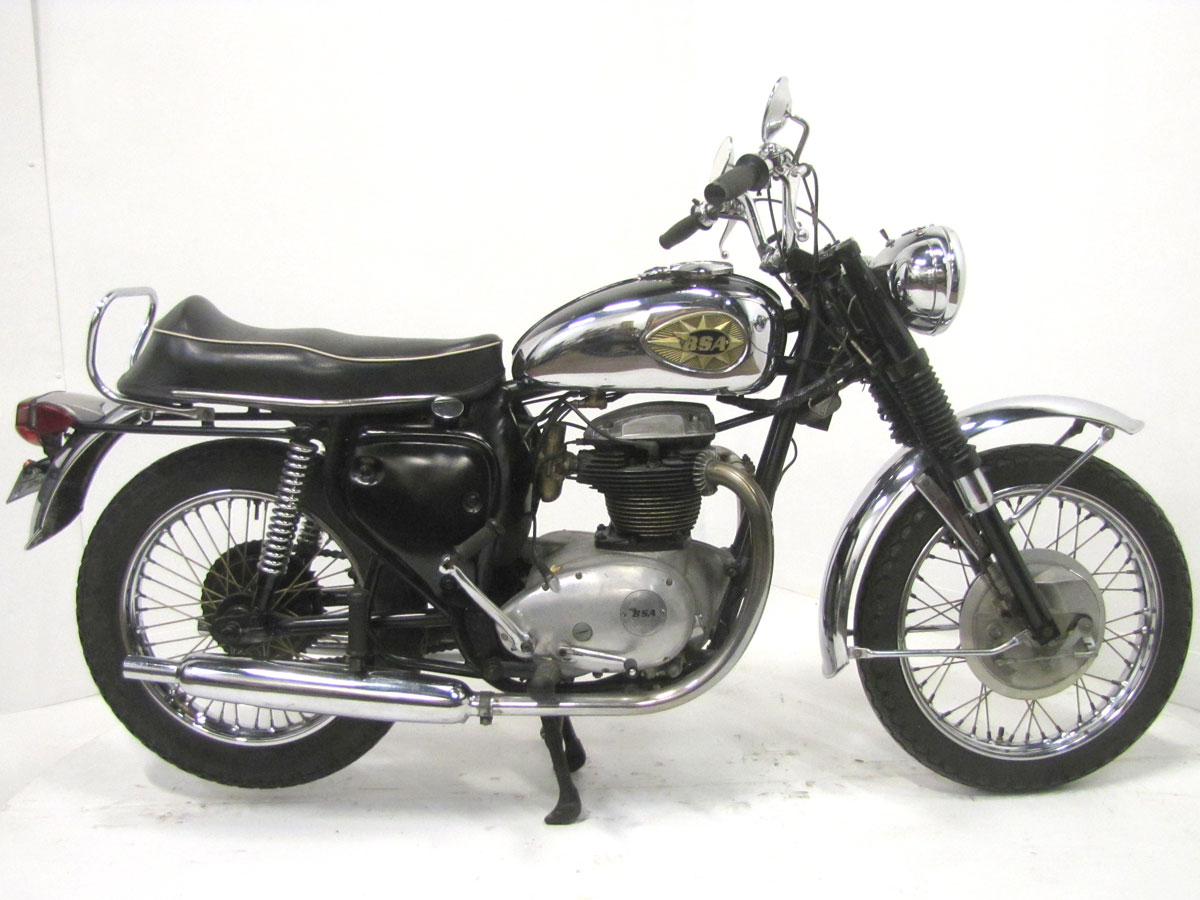 Birmingham Small Arms was founded in 1862, started making bicycles in the 1880’s and true motorcycles around 1910. Though gone from the scene at the end of the 1972 manufacturing year, BSA had a glorious history and successes even after “the Japanese invasion” of the mid-1960’s. Few realize that BSA was the largest motorcycle manufacturer in the world in the 1950’s, even bought Triumph in 1951! In 1954 BSA swept the top five places in the Daytona 200 on the old beach course. Jeff Smith rode Gold Stars to scrambles and MX championships, Dick Mann won on BSAs as well, even winning the Daytona 200 as late as 1971 on a Rocket III. Much like Triumph they designed machines for basic transportation like the diminutive Bantam, and for high performance in the desert and on dirt tracks, the Hornet.

Some say the 1970 Thunderbolt is the best of that nine year model run. It incorporates dual horns, a one year only detail. The cylinder base studs were strengthened, enlarged to 3/8” diameter. Also, the clutch actuator design was borrowed from Triumph and was a great improvement. Driven by American transportation laws, the brake and clutch lever perches were designed with holes for mirror  mounting. Most important, and already mentioned, in 1971 the oil-in-frame design came on completely altering the seating height, and appearance changes were many. Per laws, turn signals were added and most fans felt the classic BSA had met its demise.

BSA’s first twin was the 1946 A7, a Bert Hopwood 500cc design. The unit construction A50, 500cc and A65, 650 cc’s came in 1962 and were BSA mainstays. The A50 and A65 shared a great deal of engine design; the 650 was a bored out 500, in essence. Dual carburetors were used on the higher performance Lightnings, Spitfires and Hornets. The Thunderbolt was easier to keep in tune, and offered more tractable power with its single carb arrangement. BSA’s were typically more flashy than Triumphs with more models using chrome or polished stainless steel fenders. Many BSA fuel tanks had chromed side panels and through the 1960’s glorious transparent plastic tank badges.

BSA was unable to compete well against the Japanese makers and was financially unstable by 1970, bought by the Norton-Villiers-Triumph group in 1971 and made their last motorcycles in 1972. This great BSA was graciously donated to the National Motorcycle Museum by Neil Brandenburger. Several other BSA’s are on display including a newer oil-in-frame model for comparison.