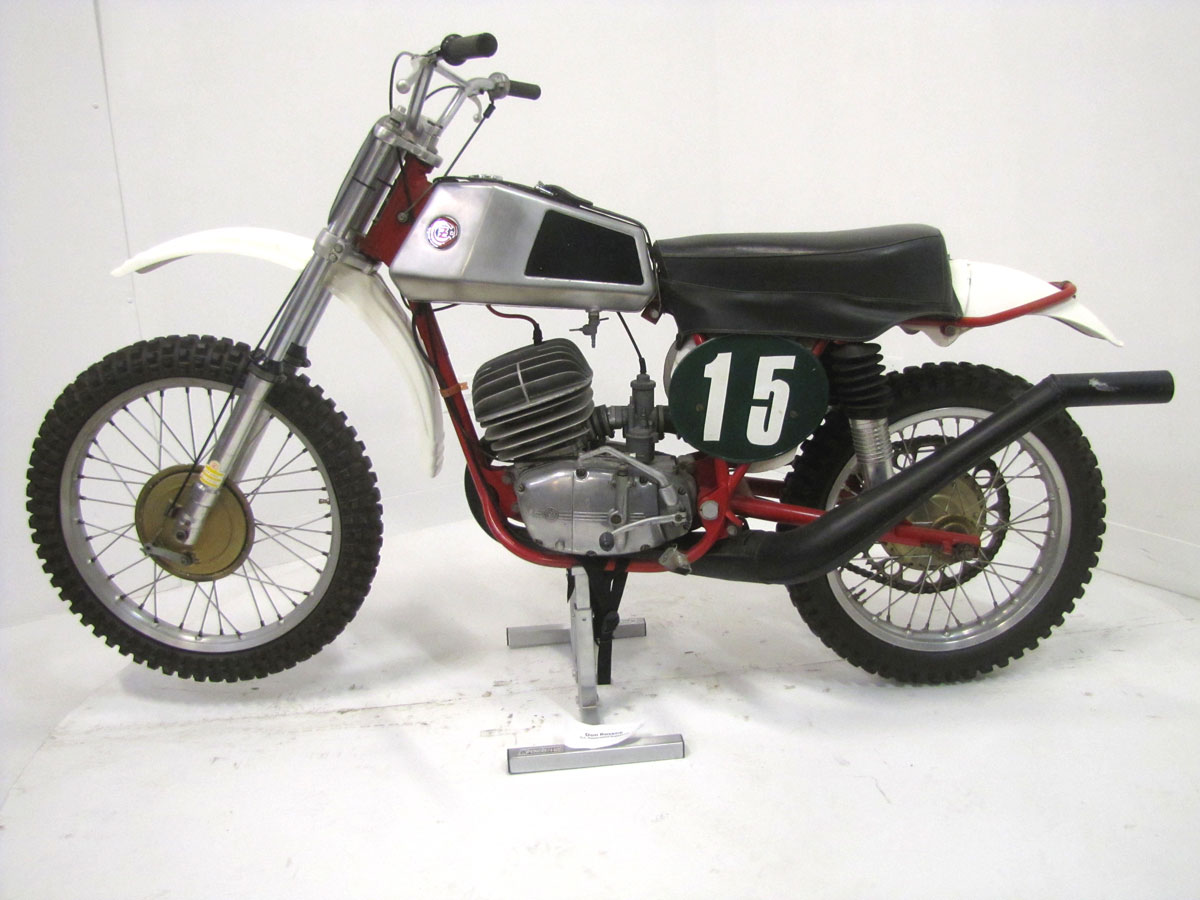 By 1975, most agree the Japanese manufacturers had taken over competition in showrooms and were gaining ground on tracks throughout America. Suzuki, Kawasaki and Yamaha had been making good motocross bikes for a few years. The first two-stroke for the company, the 1973 Honda Elsinore CR250 really worked and sold like hotcakes. So by 1975 there was a broad group of Japanese entries into the highly competitive motocross market.

But European two-strokes had been their prototypes in many ways, and in 1975 the CZ factory in Czechoslovakia responded. The machine closely resembled the “works” bike with which Jaroslav Falta had nearly won the 1974 250cc World Championships.

Much like the Olympics, FIM sanctioned international motorcycle racing can get rough. Observing “rough riding” by two Russian riders in which spectators say they rammed Falta, knocked him down during the Swiss round of the 1974 World Championship, the FIM, Federation International de Motorcyclisme, jury still sided with the Russian team. Their decision put Falta in second place for the race. He was then out of the 250cc World Championship by just a couple of points.

Working from their successful factory design, the 1975 CZ250 Falta Replica model used the key components from the 1974 factory race bike. It continued to offer CZ’s  indestructibility and racing performance.  The bike’s alloy-bodied hydro-pneumatic air-shocks that were cutting edge and effective, magnesium hubs were laced to flange-less alloy rims and there was a distinctive hand-made leather belt to secure the alloy fuel tank. These had all been features of Falta’s factory race bike. The single down-tube frame in red improved styling, and the Falta Replica began to move away from the somewhat crude look earlier CZ’s had a reputation for. The F.I.M. even called it the Cycle of the Year.