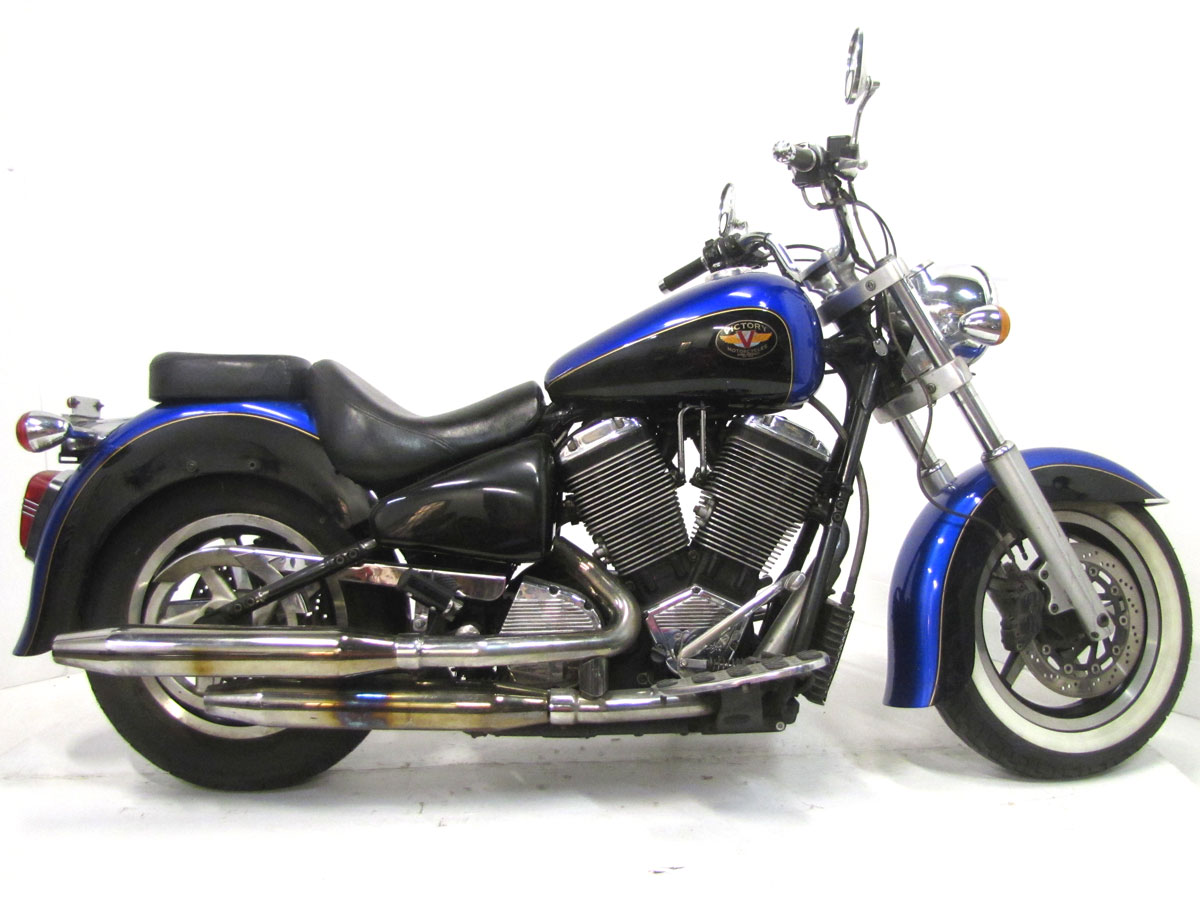 Aiming directly for the Harley-Davidson big twin, Polaris stepped into the market previewing their first motorcycle in 1997; the Victory V92C.  Long in the power sports business, Polaris’s V92C had the largest engine then available in a production motorcycle.

Before the Depression in America, back in the 1930’s, over time there had been about 250 motorcycle assemblers and manufacturers. With Excelsior closing its doors in 1931, Indian and Harley were about all that was left until Buell came along in 1983. Indian went out of business in 1953 leaving Harley-Davidson, who had built bikes since 1903 or so with no domestic competition…until Polaris decided to make a motorcycle.

Based in Minnesota, and manufacturing in Spirit Lake, Iowa, Polaris was founded in the mid-1950’s as a snow machine company. After becoming very successful Polaris ventured into ATV, “all terrain vehicle”, production in 1985, 15 years after Honda launched and popularized the sport ATV. Today Polaris has a total revenue of nearly $5,000,000,000. A strong dealer network along with substantial engineering and manufacturing capacity made them able to develop, produce and succeed quickly in a market strongly held by Harley-Davidson.

In less than 15 years Victory developed a wide range of touring and cruiser motorcycles; Vegas, Gunner, Kingpin, Hammer, and Vision were interesting machines, and the great Arlen Ness had a hand in developing some later Victory motorcycles.

In 2011 Polaris acquired rights to the Indian trademark helping them into a more traditional luxury market sometimes sold alongside Victorys world-wide. But with new focus on their Indian trademark, Polaris abandoned the Victory line in January 2017 citing difficulty in establishing market share and limited profitability. After numerous entities attempted and failed to make Indian “work,” Polaris seems to have succeeded. Even their production racing dirt track machine, the FTR750 is a world beater and seems to have brought a resurgence to American flat track racing.

As testimony to the early Victory’s durability, Tim Werner rode this bike 200,000 before donating it to the National Motorcycle Museum. It’s one of dozens of American V-Twins produced over the past 110-plus years you can take in when you visit the Museum.