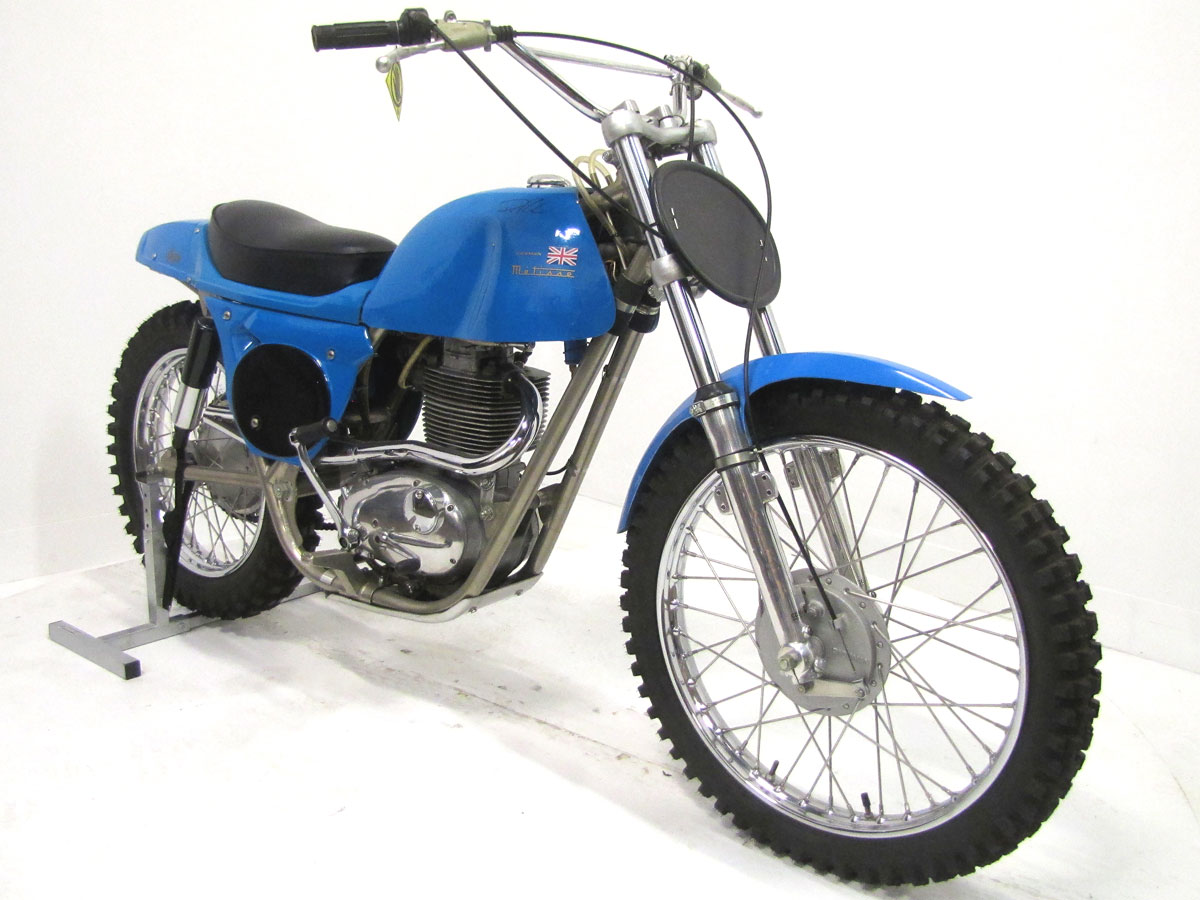 Up until the mid-1960’s there were few makers of lightweight, purpose-built motocross machines. Nothing much made in America worked, the Honda 250 Scrambler showed moderate usefulness, the British held to their antiquated “thumpers.” But Husky, Maico and CZ were gearing up with two-stroke power. Interesting times.

True to their country, the Rickman brothers evolved the British thumper with their own chrome-moly frame, special hubs, body work and other chassis fittings, but first did so with a 500cc Triumph twin engine in their own frame. And after giving up on the stock BSA chassis, using their own, they continued to win races and championships with BSA single power, offering kits for Gold Star and B44 powerplants to their customers.

The BSA Victor B44 engine, with or without its Weslake four-valve top end, or the 490cc over-sized cylinder only, was arguably the lightest and most powerful four-stroke engine available. To this day, in AHRMA events, four-stroke competitors prefer this motorcycle because of its wide power band, light weight** (for a four-stroke) and precise handling. This particular Rickman has the Weslake head and big bore cylinder.

But the Rickman version is lighter, far superior in handling to the stock Victor. Note the precise brazed frame sections in the Rickman frame, the “snail” chain adjusters on the swing-arm pivot and the handsome nickel plating, a sure sign of the pride the makers took in their fabrication work. Over time, the Rickmans offered chassis kits for all sorts of engines and applications, even road racing. This complete BSA kit was about $1100 in 1968. Heavy money, but if you wanted to win, it would help.

When you visit you can look over this zero miles Rickman on loan from Don Rosene of Alaska and about 18 other MX, off-road and trials machines in the dirt bike display area of the National Motorcycle Museum in Anamosa, Iowa. There are Maicos, Huskys, Montessas, MZs, Hondas, Hodakas, Bultacos, Yamahas and more, bikes you and your friends may have ridden 40 or 50 years ago.