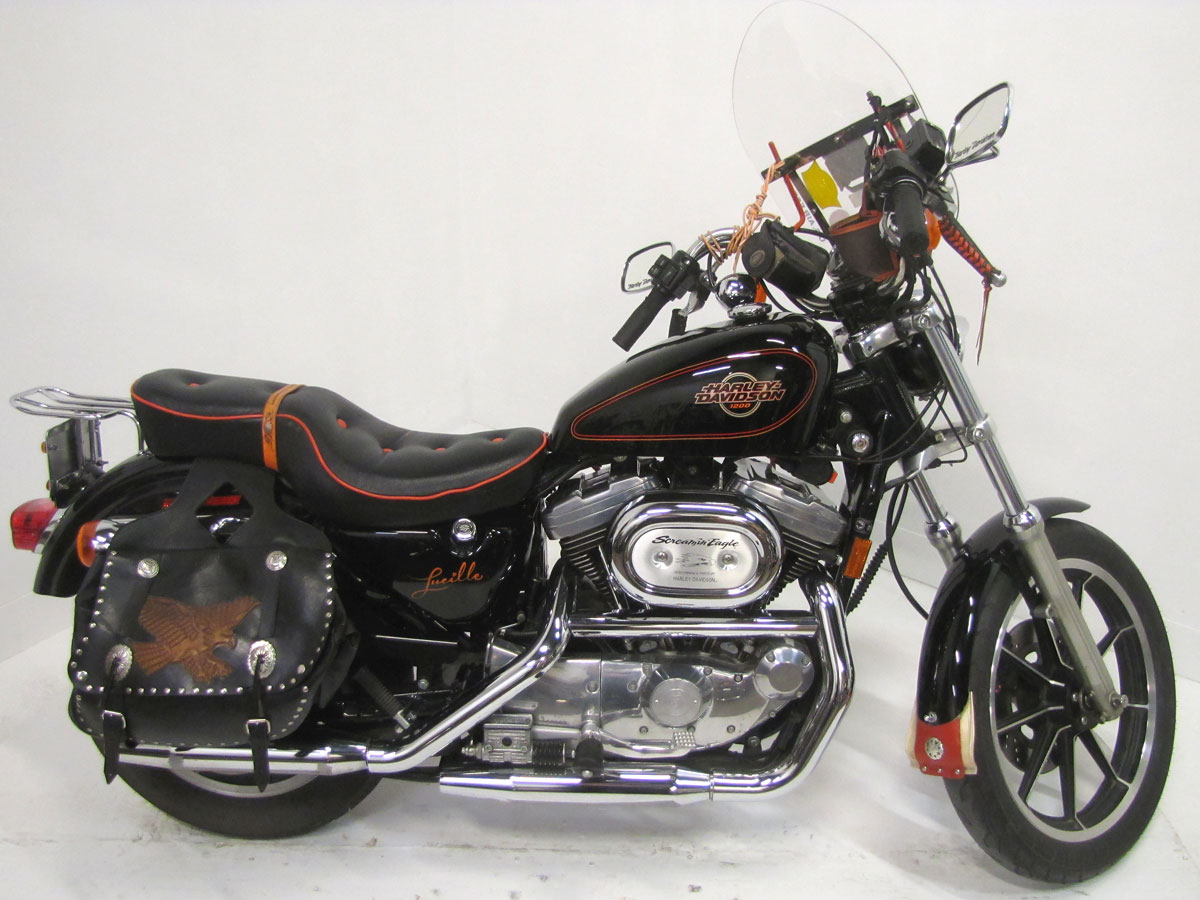 For the most part, motorcycles displayed at the National Motorcycle Museum are “stock,” as manufactured. But just this past week a nicely accessorized 1995 Harley-Davidson 1200 Sportster named Lucille was outright donated and is our featured bike today.

The Sportster replaced the flathead K Model series back in 1957 and, in Harley nomenclature, was called the XL. First came the XLH, then in 1958 the one year only “no lights,” magneto ignition XLCH was offered with very few being made. Soon electric starting was offered and in 1959, and since, XLCH’s are street legal. But the important thing is that Sportster change came slowly, never radically, and between Harley factory accessories and after market parts you could make your Sportster into a wild chopper or install saddlebags and go touring. Some Sportsters equipped with skid plates and Goodyear Grasshoppers showed up at enduros, other riders stripped their bikes and went drag racing. The hard core bought race-only XLRTTs to TT race, drag race or hillclimb. British big twins are probably the only other bikes as flexible, universal.

This 1995 Harley-Davidson 1200 Sportster was just donated by Alan “Big AL” Schuetz along with his very personal Black Hills ABATE vest. Alan bought the bike about ten years ago and it now has about 46,000 miles on it. Lucille, he says, is just a name he thought fit the bike. Alan’s bike is one of about eight Sportsters at the Museum from mild to wild you can check out on your next visit, or on the Museum website. We thank Mr. Schuetz for donating his Sportster and encourage you to consider getting one of your machines on display through loan or donation. There’s more information on the Museum website: https://nationalmcmuseum.org/get-involved/