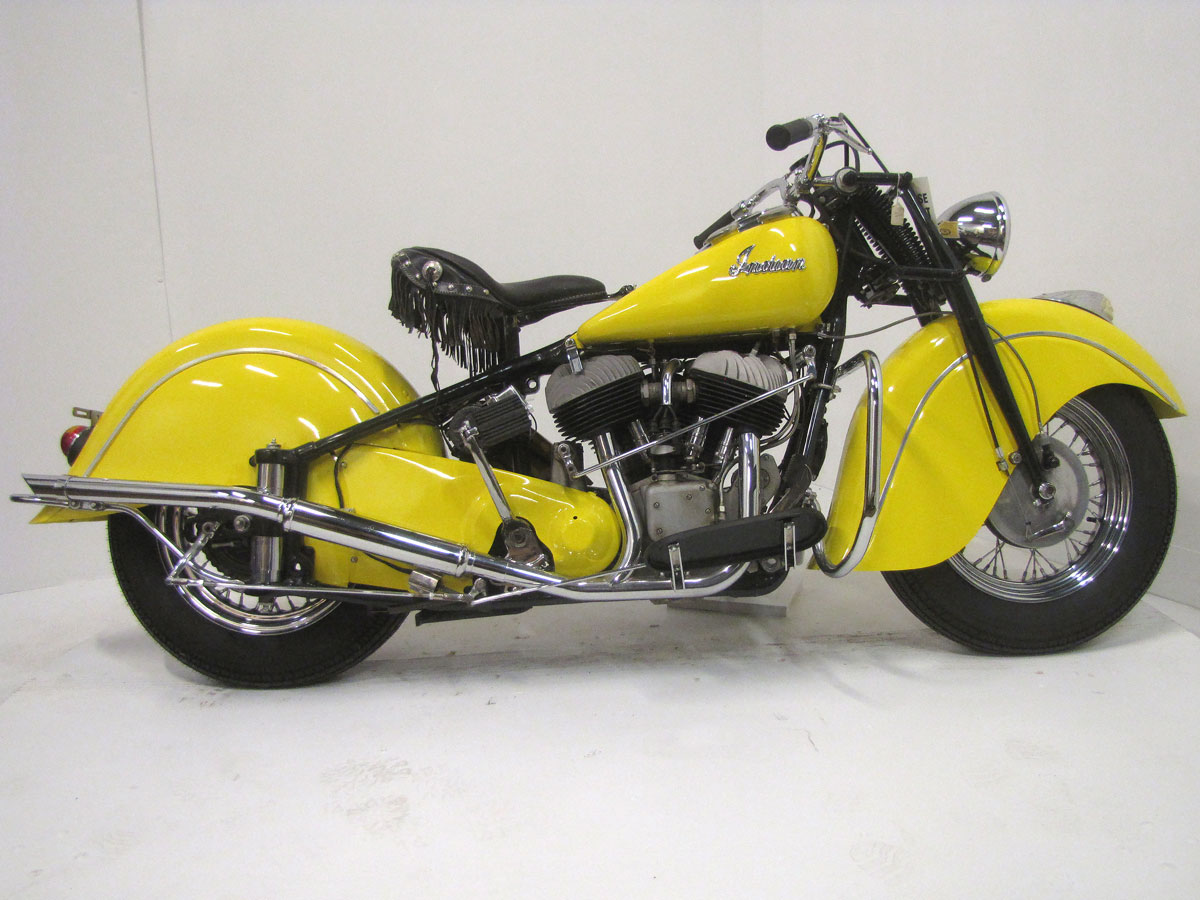 Indian released the Indian Chief in 1922, about twenty years after they began manufacturing. Like the Power Plus, at 61 cubic inches, it became their new Standard. The Chief from 1940 on is probably Indian’s most widely known design, famous for the streamlined skirted fenders and fuel and oil tanks. This 1940 on styling has become a very lasting design that has always epitomized the Indian brand. It’s a true American classic.

Famed Indian design engineer Charles Franklin penned the Chief as a larger version of the very successful Scout. It became Indian’s biggest seller. Like the Scout it incorporated a forward thinking gear primary which minimized maintenance. Chiefs originally displaced 61 cubic inches, were enlarged to 74 cubic inches in 1923, then to 80 cubic inches in 1950 near the end of production which was in 1953.

After offering a “spring frame” for only a few years in the ‘teens, rear suspension came back in 1940, Harley’s rear suspension hit in 1958. Telescopic hydraulic forks were added to the Chief in 1950, a year after they showed up on Harley’s big EL’s and FL’s. While Harley-Davidson developed their overhead valve twin for the 1936 model year, Indian seemed to focus on styling and got a little behind in engine design, sticking with the flathead twin until the end.

For about 15 years up until 1940, E. Paul DuPont owned Indian, and paint colors offered reflect the DuPont paint company’s wide array of offerings. Dubbed “The Heavy Duty Plugger” in some literature of the time, the Chief was ideal for sidecar use. Indian offered a very stylish sidecar, color matched.

This fine Indian Chief is graciously on loan form Ben Farrar of Rock Island, Illinois. It’s one of about 25 Indians from very early in production up through the times when the marque was bought by a succession of entities wishing to revive the brand.