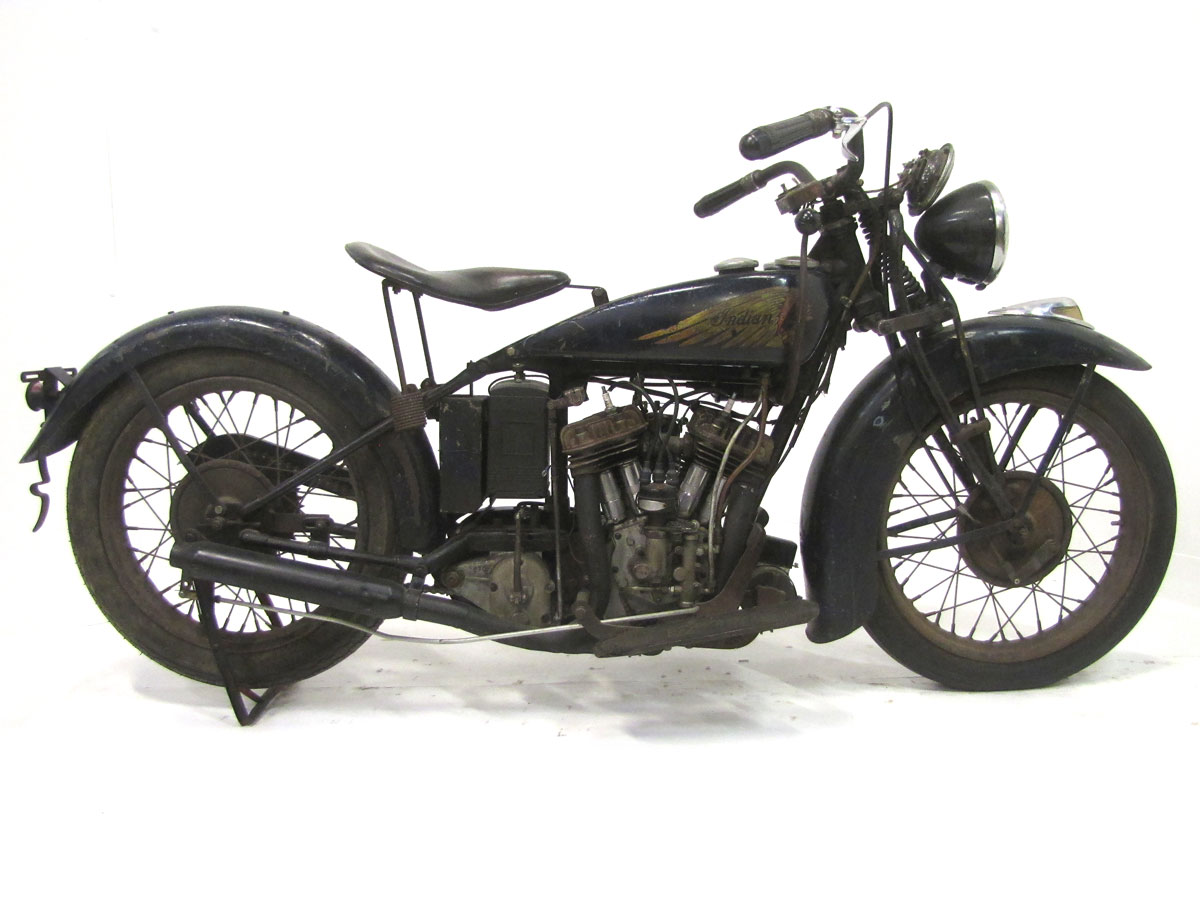 Indian was constantly adapting their product lineup to what they perceived to be the needs of the public, their riders. After the stock market crash in 1929, they saw a need for smaller cheaper machines to be added to their lineup, and the Scout Pony, designated Model 532, was new for 1932. Displacing about 30 cubic inches, 493 cc’s, it was relatively basic. It employed battery ignition, total loss lubrication and just a single row primary chain was deemed adequate for its output. The frame employed the engine as a stressed member.

When you see a lone Junior Scout it’s difficult to register its size. But next to a 101 Scout or any of the big twins or Fours of the era, it’s sweetly and accurately scaled down. If you were new to riding, of smaller stature or just wanted a nimble city bike, or even something for woods riding, the Junior Scout was a great choice. It lacked in technology and features, but that kept the price low and maintenance was simple. An iron engine has the potential to be a tougher unit, though heavier.

In 1933 the Scout Pony Model 533 came on line. By 1936 the Scout Pony, then model 536, got new fenders and otherwise continued. Renamed the Junior Scout for 1938, the Model 538 used cast iron in its engine and transmission cases.

By 1939 the Junior Scout still only sold for $215 against the most expensive Indian, the magneto Indian Four at $465. And, by the way, with skirted fenders being used on the larger bikes starting in 1940, the Junior Scout also used them, but just for one year.

Like the broad ranging effects of the stock market crash in 1929, world security interests took the spotlight in the late 1930’s and soon American entered what would be called World War II. American citizens, natural resources and manufacturing capacity went to supply the military effort, and civilian motorcycle production was halted. The last Junior Scout was made in 1942.

When you visit the National Motorcycle Museum you can take in a wide range of military, street, racing and even custom Indian Motorcycles. This original unrestored Indian is on loan from the John and Jill Parham Collection.
Specifications: