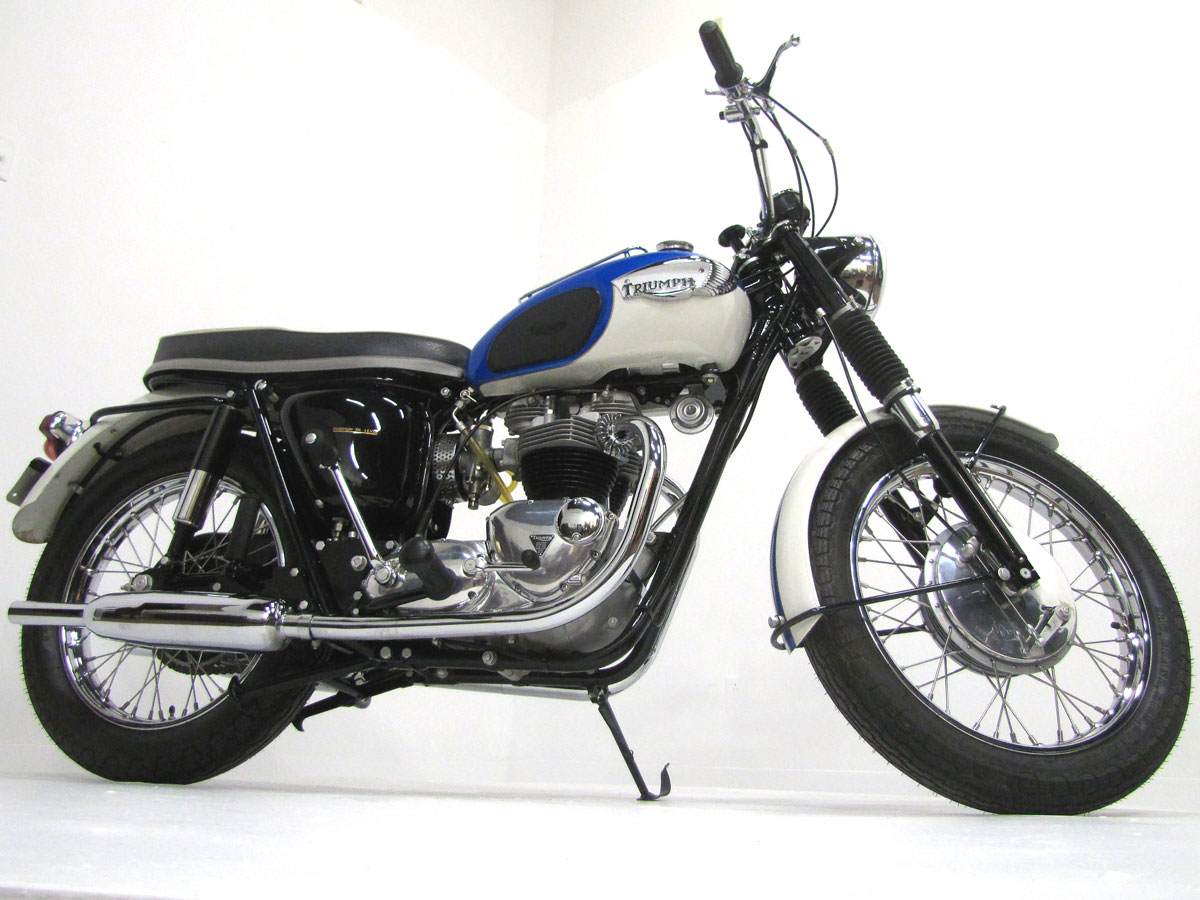 As motorcycle companies go, Triumph was good at watching for durability problems and making running changes. They also improved riding positions, some tailored for the American market, and added more braking as engine performance increased. You can bet Triumph execs were always looking over their shoulder at BSA and Norton. In 1966 even the recently arrived Honda CB450 was solid competition.

1966 marked some significant changes for most Triumphs, including this single carb 650. The “eyebrow badge” for the fuel tank, 12 volt electrics, three degrees less rake to quicken steering, speedometer drive went to the rear wheel from the transmission case, there were new fuel tank designs in three and four gallon capacities, a new lighter flywheel, 40% more front brake swept area and the kick start lever, lengthened, made for easier starting. But the wonderful smooth running single carb 650, in all its many versions was still very appealing, and a bit less finicky than the twin carb Bonneville.

Most enthusiasts look back on the Triumph twin designs of the 1960’s as some of the finest ever in motorcycling, and Edward Turner should get the credit. Tank form was graceful, painted and striped fenders, well polished engines, slightly up-turned mufflers made for a striking image and profile that even the new machines have a tough time improving upon. Smaller fuel tanks for America helped proportions, though “longhorn” bars affected the long low look of domestic and Continental versions. Mandates for more electronics, more exhaust muffling, turn signals and other equipment makes the best efforts of modern Triumph designers to mimic the originals fall a bit short. But there is no doubt that new machines perform better and are much more durable.

When you visit the National Motorcycle Museum you can take in a great array of British machines from the ’teens to the 70’s including Douglas, Brough, BSA, Norton, Velocette, Vincent and more. This fine TR6R, Serial Number DU41058 was graciously donated by Elizabeth Spannraft.