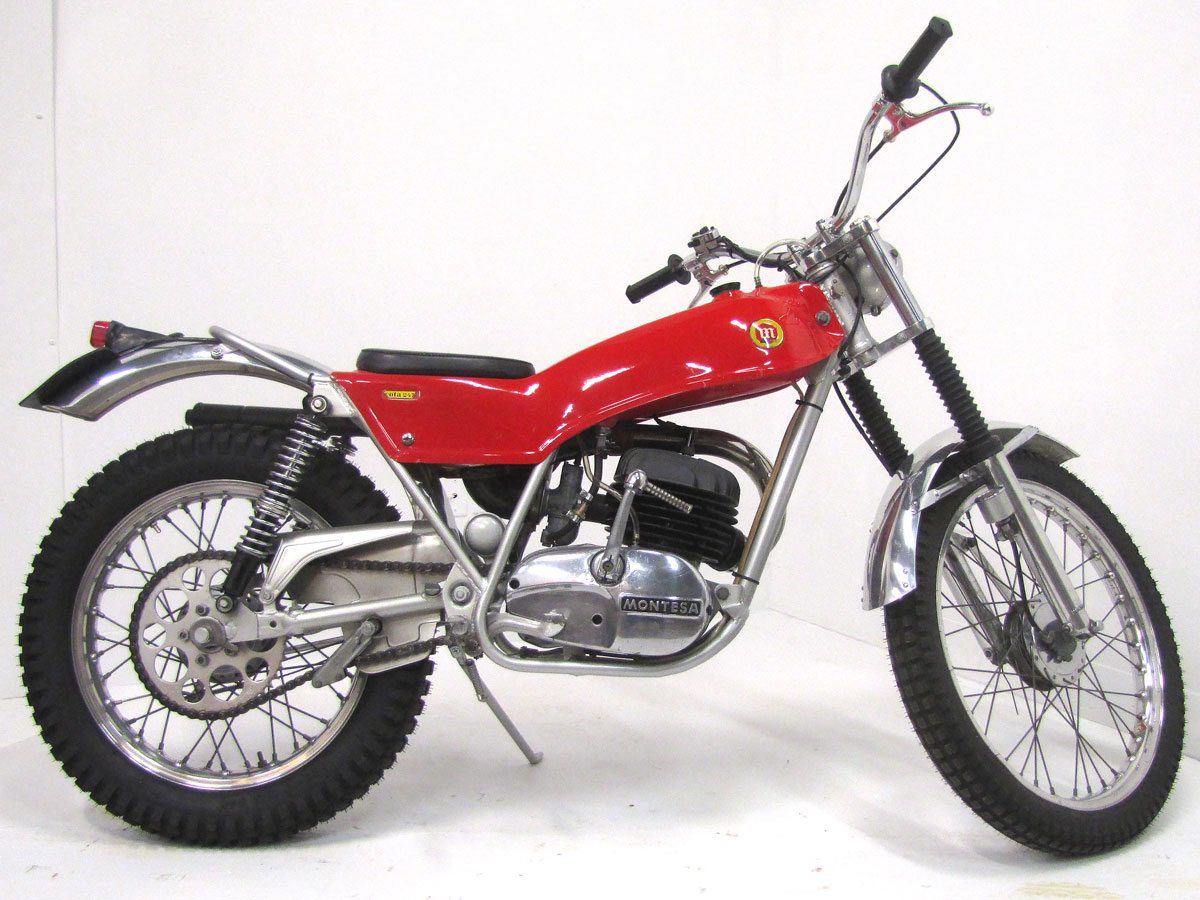 But in the early 1970s Japanese manufacturers started to take note of this form of international competition and began developing trials bikes to compete against European and British brands. In fact starting out on Japanese bikes is how the owner of this week’s Montesa, Dan Sturm, became an AMA trials champ. As to availability of trials bikes in eastern Iowa back in the 1970’s, “In general trials bikes were hard to find. It was hard to buy even a Bultaco in our area.” Eventually, after getting started on a Honda SL 125, Dan wound up buying a 1974 Suzuki RL250 and rode it with success; earned the #1 plate in the Expert Class, 1977. But with the Suzuki in the shop for a month with a broken frame, a local Montesa dealer offered the loan of a new 1974 Montesa Cota 247. “The Cota was very luggable, pulled smoothly, was tractable and more forgiving in the mud with its big flywheel. It would go through everything. The Suzuki was very nimble and smooth but less tractable, didn’t have the smooth power delivery, but had a sweet aluminum fuel tank.” Remembering his early life experiences Dan decided that even almost 50 years later he had to have a Cota 247 to ride. “I’m spending time getting it back in shape, haven’t competed on it, just ridden it around the yard to recall how it feels.”

A closer look at the Cota and you see the great ground clearance, the tight fork rake and a slim mid-section allowing the rider room and maneuverability from the standing position. A model that came into the Montesa line-up in 1968, the Cota was built until 1977. Trials has a very limited market, small sales levels. As Montesa was extremely successful in international motocross and trials competition, there is a strong following for their old motocross, enduro, trials and street bikes.

Graciously on Loan to the National Motorcycle Museum from Dan Sturm, currently it’s the only Montesa on display.