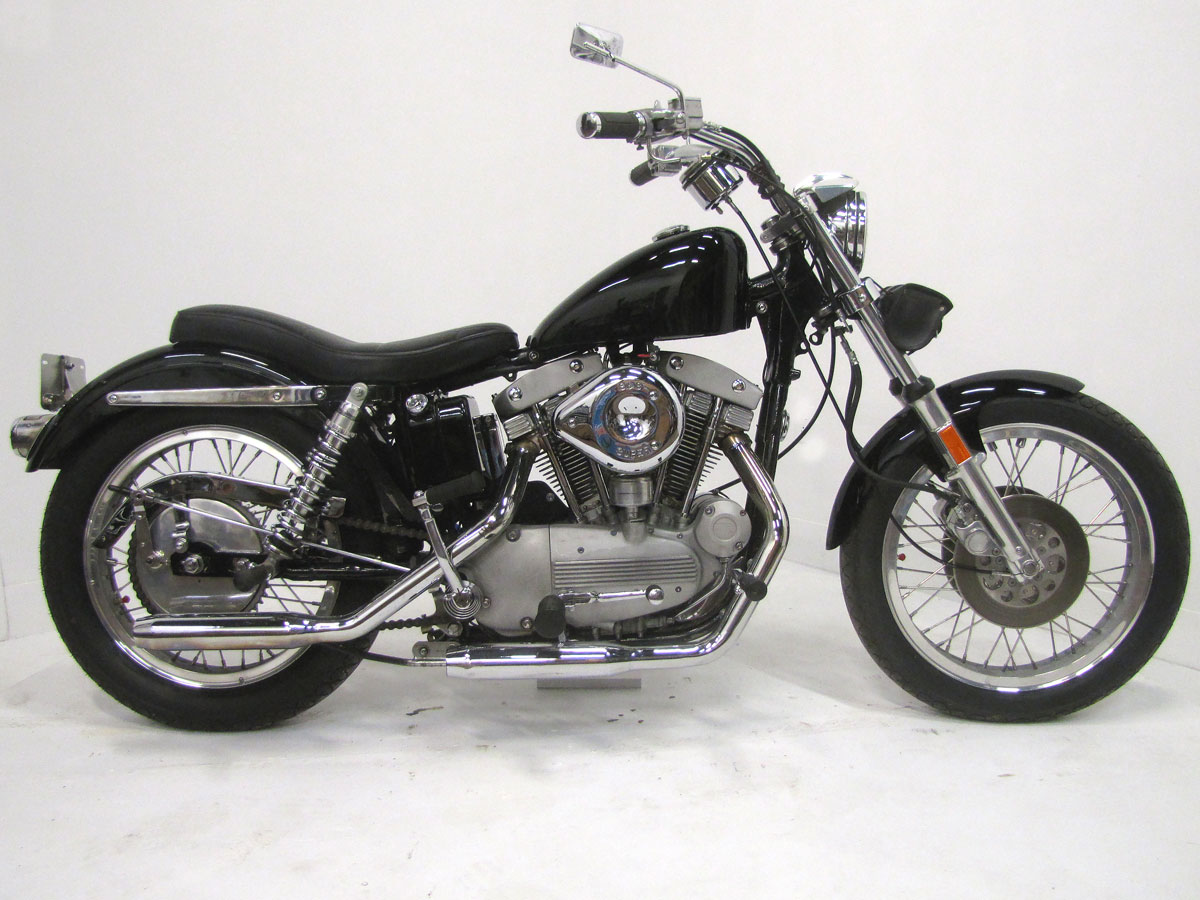 Most of us have a favorite old motorcycle, the one we enjoy riding the most, the one we know model history on. For long time J&P Cycles employee, then National Motorcycle Museum part time guy, George Barnard, it was the Harley Sportster, the performance Harley-Davidson that hit the streets and drag strips in 1957. In fact, George’s email handle began; 58sport. Many moons ago George acquired a second year XL and it was a constant project to accumulate needed parts to complete this early Sportster. But the subject of this week’s story is George’s modified 1967 XLH, his regular rider until he passed away October 26 during the never ending pandemic.

Even most people who grew up with the Harley Sportster don’t know everything about them. Back then nobody paid much attention to crankcase “belly numbers” or “date codes” on the frames, but as the earlier XLs have become collectible, the collectors have begun to document how the various models changed over the years. George listened and learned at swap meets and at bike shops for a couple of decades and was quite learned on the street models, knew parts fitments and interchangeability, even race parts. Learning on the internet began, a new place for us all to hang out, and George was there, sometimes with the handle “Curious George.”

While George respected the Harley-Davidson Sportster as it came from the Motor Company, he sought to improve the ride, sound and performance of his 1967 machine. Highway pegs are cleanly attached to the front motor mount plates. Passenger pegs are in place no doubt to take one of George’s cherished grand daughters for a short ride. We see dual disk brakes taking over for the stock “hamburger” full width drum at the front, but actually the entire front end is from a later bike. No doubt George talked with a tech at Progressive at one of the dozens of J&P Cycles Open Houses he worked, and got the best damping and spring combination. The better shocks may have compensated for the stiffer banana seat. Mixing fuel and air for the 900, aka 883, is an S&S carburetor and filtration system. A Sportster always seems to look just right with “staggered duals” a more open and throaty exhaust system, but George’s are aftermarket. When Harley-Davidson bought into Aermacchi, along came a wide array of relationships for components made in Italy. Boranni rims began to appear as catalogued race bike components for XLRs and the like. A fan of metal finishes, George bead blasted the centers on his flanged rims but used standard plated spokes for the 19 inch front, 18 inch rear wheels. Just in case, the sheet metal screws are there to secure the tire, the eight holes actually drilled and counter bored at the factory. I’ll let you pick out all the pieces George had chrome plated as there are many. Ditto the dozens of polished stainless steel cap head allen bolts. Just about every modification George made is reversible; nothing was chopped off the frame to build up this immaculate expression of the Harley Sportster.

Alas the bike sits silent now as we lost George in October, and today at the Museum a gathering will celebrate George’s life. Whether handing out massive J&P Cycles catalogs at gatherings like Bike Week or Sturgis, or hustling raffle tickets for the Museum at an AMCA meet, George’s deep voice was at once familiar and inviting. “Win the Knucklehead! A $5 donation gets you a chance to win! Support the Museum! You might be the winner!”