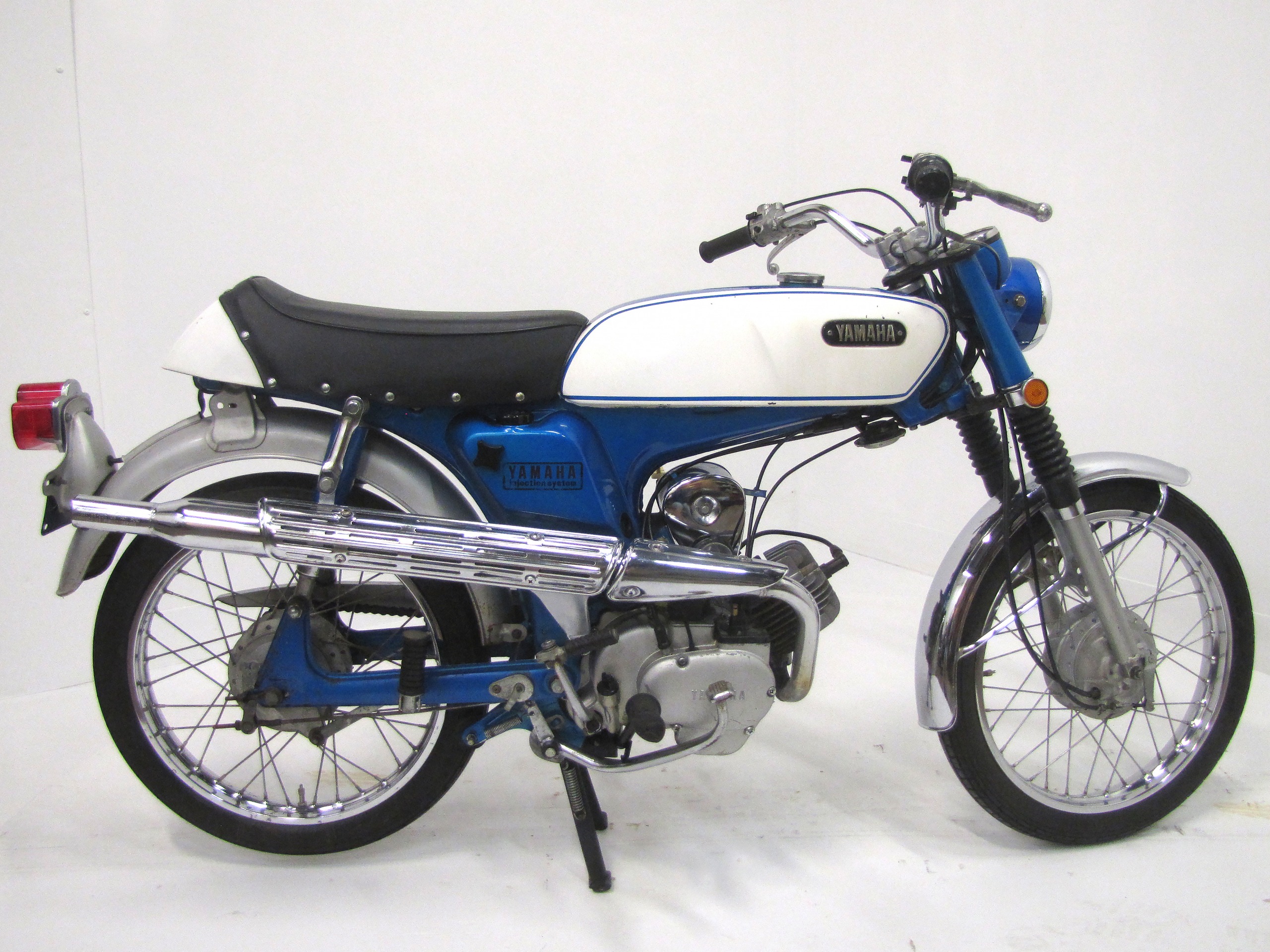 By most measures, 1969 was a watershed year for motorcycle design and performance. The Harley Sportster was at its peak, Triumph, Norton and BSA all offered new high performance 750’s, Kawasaki had just released the Mach III, aka, H1and soon we’d see bevel driven cam V twins from Ducati. Yet in the shadow of the horsepower wars lived some pretty cool small bore bikes. With top speeds under the legal limit, a rider could wring the daylights out of them and get a thrill without getting a ticket. In fact, our little 4.45 cubic inch Yamaha made about 1.5 horsepower per cubic inch while most big bore high performance bikes made around one. Of course adding a 150 pound rider lessened the power to weight advantage.

The first market for sporty small Japanese bikes was almost always Japan, then England and Europe. These parts of the globe regarded motorcycles, and scooters and mopeds, as functional transportation. To inject a bit of fun, sometimes styling mimicked Gran Prix bikes of the times. Graceful long, narrow fuel tanks, decked seats, slim flowing exhausts like on our G6S all contributed to the look. Perfect for zipping around on city streets, some small bore bikes, or “tiddlers,” as the British called them, even looked good parked at the curb as they might be dwarfed by an average rider.

A quick scan of this G6S shows a simple and traditional pressed steel frame, yet a telescopic fork, and upgrade from the pressed steel leading link design. Brakes are small as speeds attained are low, riders typically on the light side. While there’s plenty of chrome, Yamaha road racers of the era had sleek simple fuel tanks, painted overall similar to our G6S, a simple yet stylish street bike. A center stand helps with general service and the heel toe shifter is a nod to keeping the toes of our shoes looking good. A pair of lugs on the crankcases below the cylinder indicate this motor was also part of a light weight dual purpose bike with down tubes, maybe a skid plate.

Originally sold in Grand Rapids, Michigan, this Yamaha G6S is on loan from Geoff Valker from West Chicago, IL and is in pretty nice original condition, its candy blue, silver and white gleaming with a quick wax job. More could be done with it, but the National Motorcycle Museum has high regard for original, unrestored bikes, “survivors” that remind many of us of our youth.