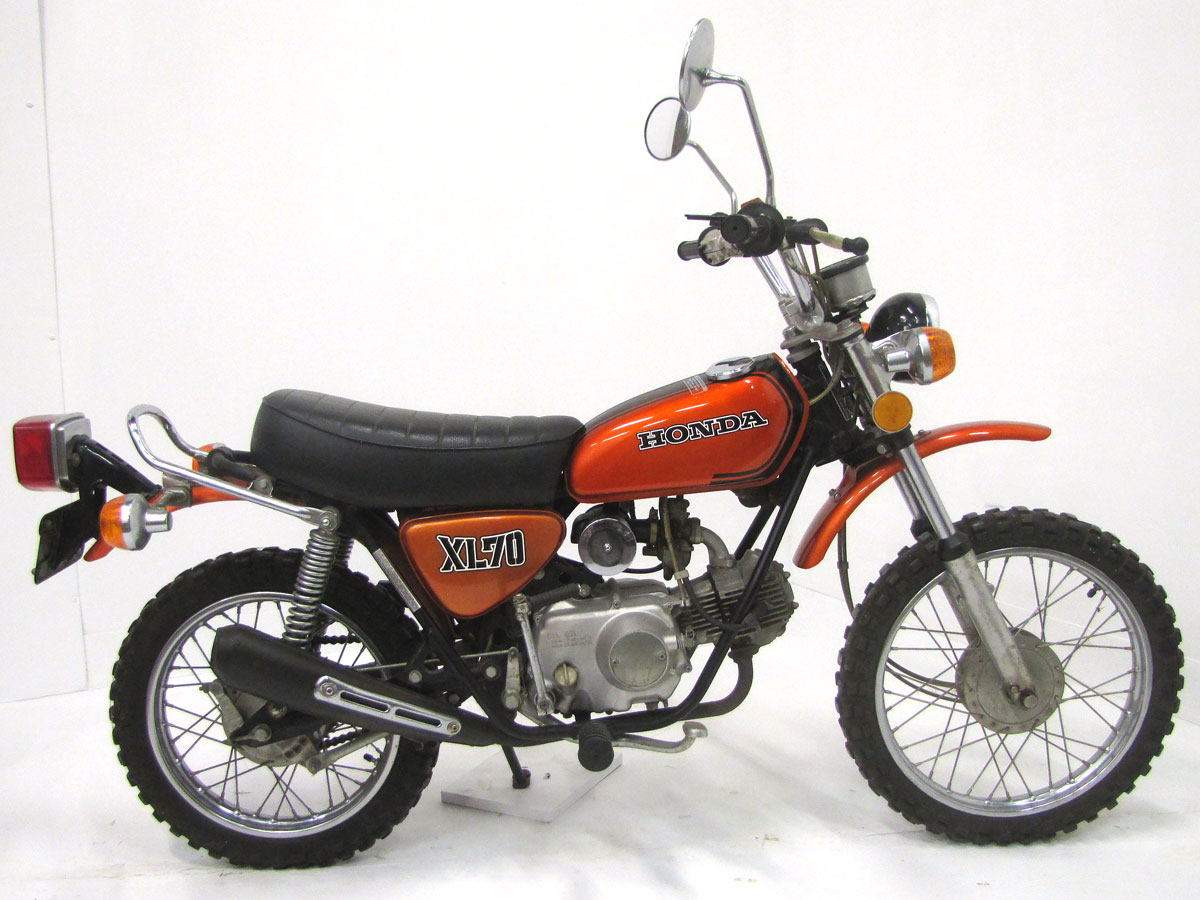 Until the early 1970’s most dirt bikes used full size frames and 21 inch front and 18 inch rear wheels making for fairly tall seat heights. Then scaled down real motorcycles like the XL70 with seat heights for kids became popular, and soon serious racing minis, machines for every size of person, every type of off-road riding, and the rest is history.
Back in the 1960’s there were CB, CL and CA model lines from Honda. They were sport, off-road and touring segments of the Honda line up. As specialization came about in the industry, and more focused machines were offered by all manufacturers, new model lines arrived. The Honda SLs hit about 1969 and were better dirt bikes but still very street-able, XL models were a step up starting with the XL250 MotoSport of 1972. With a three-valve head and magnesium engine components they were getting serious. Honda was really trying to make a good four-stroke dirt bike, lighter with good power characteristics and suspension. But they were competing head on with several serious European companies plus Kawasaki, Yamaha and Suzuki whose two-stroke offerings year by year were becoming really good, serious off-road machines.
The 1972 XL250 was well received and soon there were XLs up and down the displacement range, something for everyone, from 70cc’s all the way to 650cc’s. The XL70 was only made from 1974 to 1976 and each year in just one color; Candy Topaz Orange, Candy Riviera Blue/Silver, Mighty Green /Silver Metallic. The “sloper” motor was OHC and derived from a long line of similar machines that went back about 15 years; the Super 90, CT70, Trail 90, etc used pretty similar power-plants. Easy to service, if you could manage getting the cam chain back in place, and cam timing correct, a top end job was a snap.
Today bikes like the XL70 are sought after collectible machines often ridden by full size adults as pit bikes or just to sit and look at, remembering the good old days.