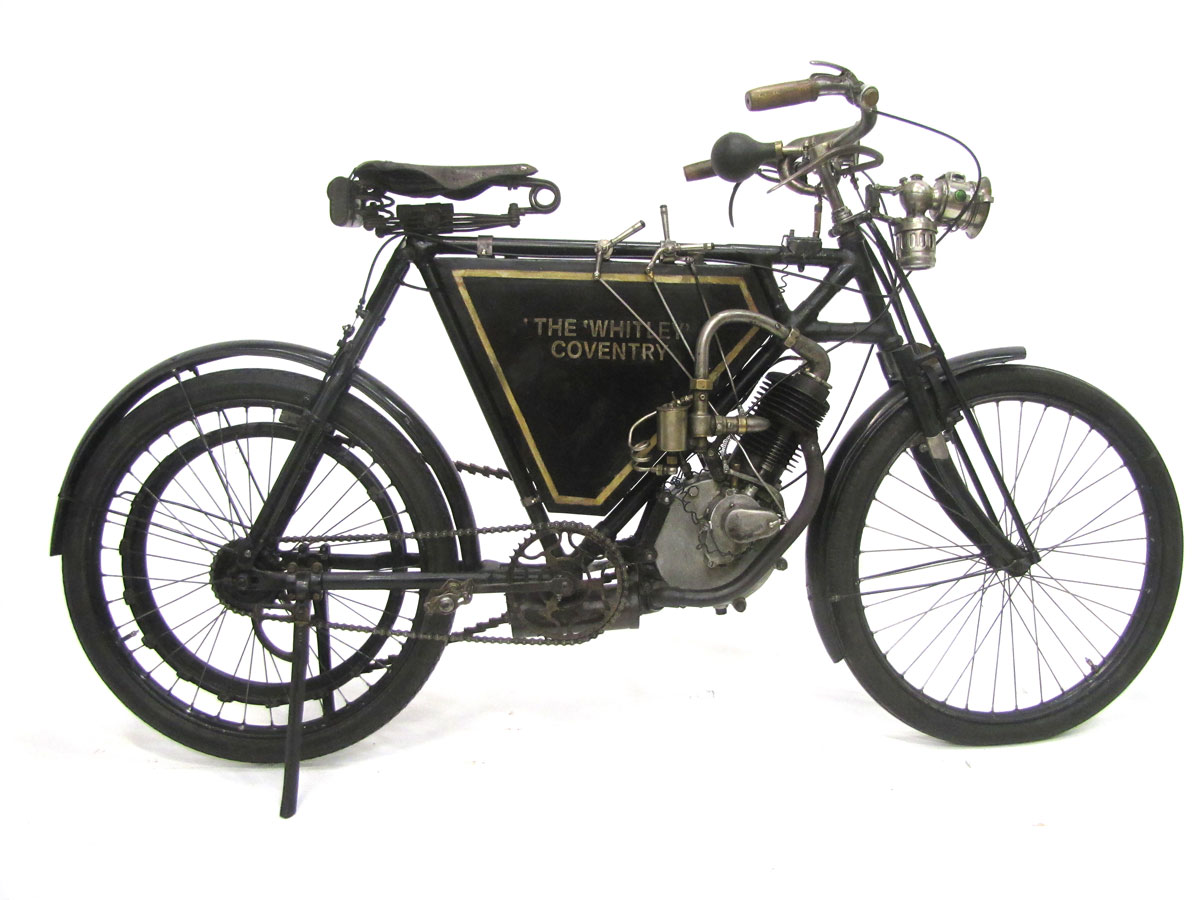 The motorcycle manufacturing landscape was large in America, England and Europe by 1902 when this bike was built in England. By 1929 and the stock market crash, about 280 companies had made motorcycles either by assembling sourced components, or making most of a motorcycle from scratch in their shops. An aside, coming out of the Depression only Indian, Harley-Davidson and Excelsior remained in business in America. Looking through Steve Wright’s The American Motorcycle book I’ve always wondered; if America’s financial system were better managed in that time, would we have more American motorcycle brands today?

Our featured bike, “The Whitley of Coventry” motorcycle was built by Whitley Motor Co., LTD., Cow Lane, Coventry, West Midlands, England. Whitley produced motorcycles from 1902 to 1905. It’s interesting to look at differences and similarities in solving design problems. Whitley put the inlet-over-exhaust single engine out in front of the down tube, Indian put it inside the “diamond” frame, Harley made a nice loop frame design to drop the motor, lower the center of gravity. Whitley’s conventional frame needed to be stretched so an innovative but odd assembly of lugs and tubes out front makes it work. Harley and Whitley used economical and simple belt drive and found suppliers for most components. Indian, from the beginning, used chain final drives, sourced most cycle components. Taking the motor and belt drive away, the Whitley looks like a very heavy duty bicycle. The triangular cabinet houses the fuel tank, battery and coils for ignition and the oil tank.

As noted in the period advertising, Whitley built their engines and other components in their own factories. Some and later designs had ducted cooling. Like some American machines of this era, a typical crankshaft mounted clutch rather than a belt tensioner is used. Later Whitleys featured more traditional torpedo shaped tanks.  Company records mention manufacture of forecars, three-wheelers with the seat up front, as well as solo machines. 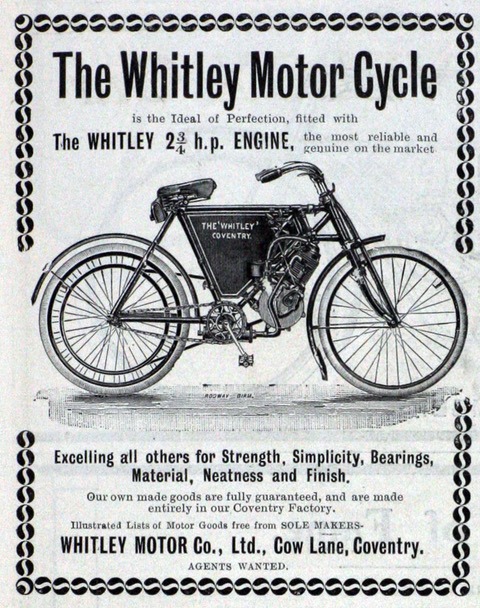 When you visit the National Motorcycle Museum you can look over the Whitley of Coventry from the John and Jill Parham Collection, then look at contemporary Harleys, Indians, a Blue Bird and later Marsh-Metz, Racycle, the Reading-Standard, Crouch and Merkel motorcycles. The Museum is a great place to consider 120 years of motorcycle design solutions. We invite you to visit soon.
Specifications: