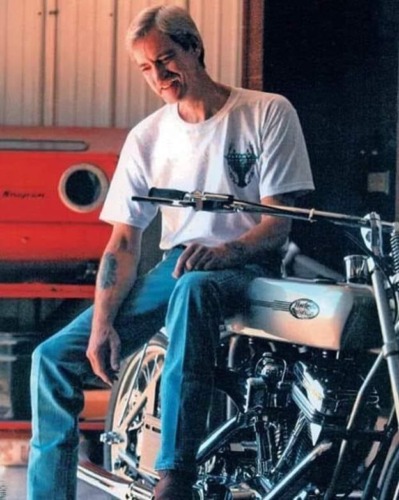 Master Custom Motorcycle Builder Don Hotop of Fort Madison, Iowa passed away on February 22, 2021. He was just 69 years old. We have lost a great fabricator, designer, builder and customizer. He owned Don’s Speed & Custom and Hotop MC Designs for more than 40 years.  A member of ABATE and Hamsters USA Motorcycle Club, he was also inducted into the Sturgis Motorcycle Hall of Fame.

We contacted Jaey Sedlacek this week and he offers, “Don was very emblematic of that era.  Pumkun was a classic Hotop softtail springer with lots of machined detail not visable to an untrained eye.  Micro lines, polished engines/cases, ultra clean assembly and stunning paint with unique graphics were signatures/brush strokes on his rolling art.  Don’s motorcycles just looked right and functional. At 75, I still remember those motorcycles, personalties, and times with lots of affection. Yeah, I can’t get over it.”

It’s September, 1994 and a Don Hotop bike was featured on the cover of the new Easyriders magazine.  Avid custom bike aficionado Jaey Sedlacek is taken by the minimalist springer chopper.  He begins a quest to add a very well designed and executed Hotop built bike to his stable of customs. Since Hotop and Sedlacek live in Iowa, Jaey headed over to Hotop’s shop to discuss a build similar to the Easyriders cover bike.

Don Hotop was truly among the world’s best motorcycle builders. Never one to invite notoriety, Hotop rather worked hard to build a few very refined designs each year, and other than riding with fellow Hamsters at Sturgis stayed under the radar for the most part. In spite of his self-imposed underground status Hotop fielded a surprising number of requests for his flavor of custom motorcycle. In a 1994 Easyriders interview Hotop offered, “The guy who comes here for a bike has done some work just to find me, and that seems to weed out the folks who aren’t too serious.”  Hotop did everything in his shop, from engine to frame to paint. And his work was so good that many years ago companies like Drag Specialties invited him to create custom parts for their catalog. Hotop built bikes specially for the Drag Specialities “Fat Book,” the bikes showcasing the possibilities the catalog of parts laid before any inspired builder.

As you look over Pumkum, note wiring, cable work, engine details, fasteners and the various parts Hotop carefully designed, fabricated and integrated. His bikes are clean, refined and seem surprisingly simple, until you look closely and note the master builder’s work. Don Hotop and his creativity will be missed.  Stop by the Museum and view Pumkum, one of his finest bike builds. 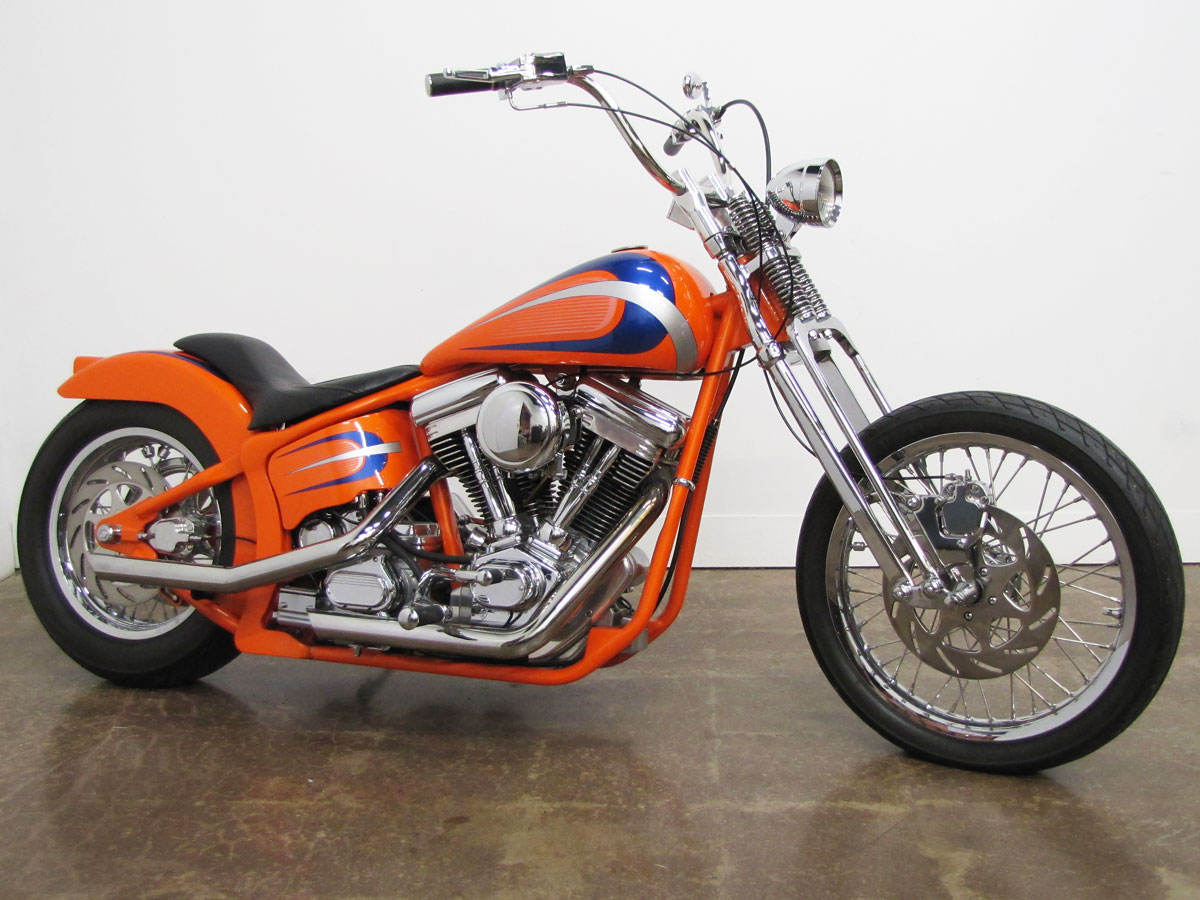 1902 Whitley of Coventry Scroll to top