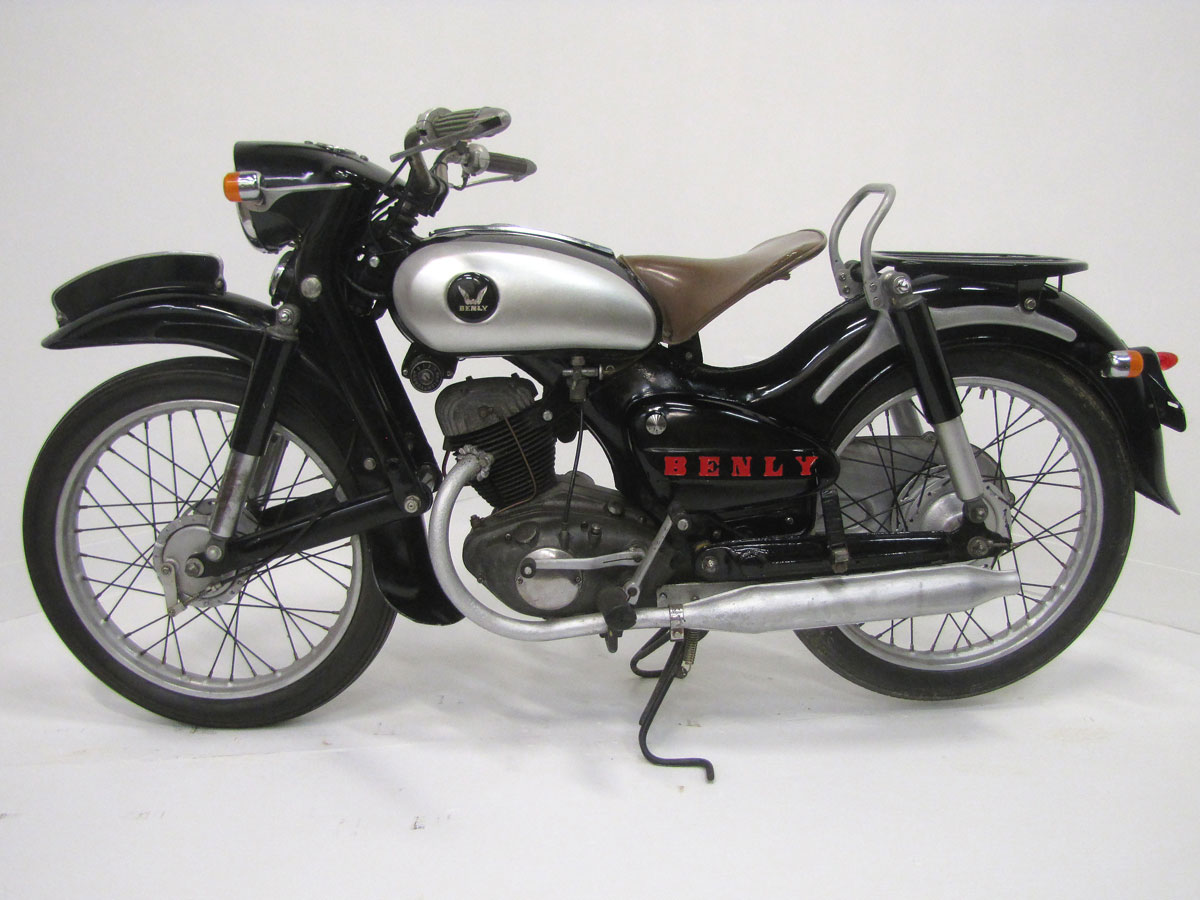 Compared to the Honda JC56 also on display at the National Motorcycle Museum, the newer JC58 employs a leading fork and has turn signals as mandated by Japanese law in 1958. Honda did not officially import their motorcycles to the United States until they set up on Pico Boulevard in Los Angeles in 1959, so this JC58 is probably a “domestic” Japanese model.

Immediately after World War II Soichiro Honda sought to get the Japanese people economical transportation. And Honda wanted to bring his countrymen convenience; Benly translates to “convenience” in Japanese. His first true “motorcycle” was the Model D, for Dream, of 1949, a two-stroke single of 98cc’s that used a semi-automatic two-speed transmission.  It was an advancement over the first Hondas which used a heavy weight bicycle frames and a “clip on” engine. The Model D was followed in 1953 by the first Benly, also the first Honda the factory used in competition. Thus began Honda’s long interest in racing as a means of improving the engineering of their motorcycles.

Looking back, the Dream D was introduced in 1949 and produced through 1951 and is considered to be Honda’s first true motorcycle. It was a 98cc two stroke. it had a  2 speed gearbox with a semi-automatic clutch similar to the much later C100. Mr. Honda had toured the NSU factory and carefully recorded ideas he might be able to employ in his machines. Also like some German and English motorcycles of the time, it still used reverse pivot brake and clutch levers.  A chain primary drives a three-speed rotary* gearbox; Honda always used “unit” engine/transmission construction.  The Dream E was introduced in 1951 and was Honda’s first four stroke. It was 150cc and had a 3 speed gearbox.  There were several versions of Dream E’s with larger displacements. By this time Honda had an overhead-camshaft model in the range, the Dream SA, then the ME, so the utilitarian J-type Benlys were produced for only a few more years. Considering development and tooling costs, Honda has always had a lot of model options in their lineup, and new designs evolved quickly. Looking back it appears Mr. Honda was not averse to discontinuing a machine he found to be a less than successful design. 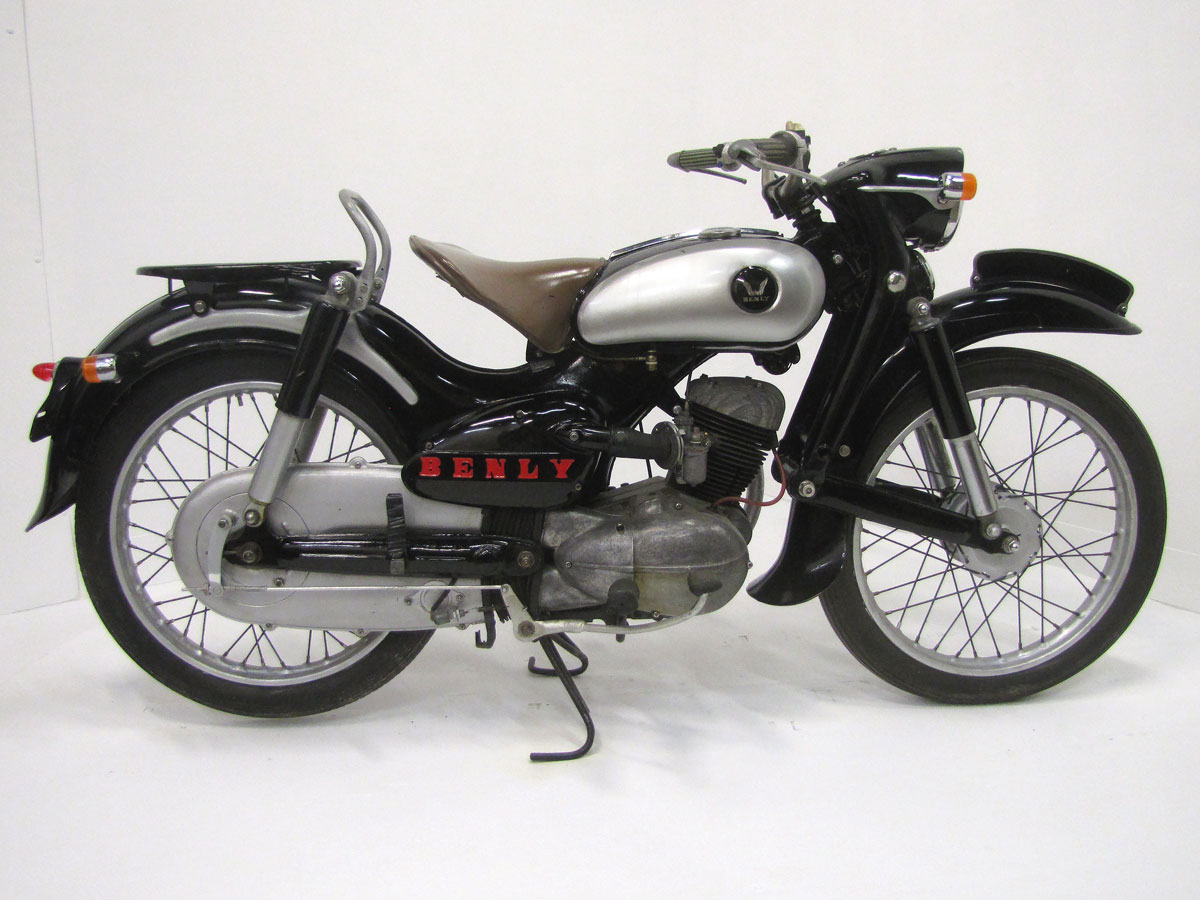 This interesting JC58 Honda is part of the Jill & John Parham Collection. When you visit the National Motorcycle Museum you can view several 1950’s era Hondas plus everything from early CB750’s, Z50 Mini-Trails and an ATC 90 three-wheeler to a CR250 Elsinore and more.

*Lifting your foot one more time, Rotary transmissions can be inadvertently shifted from top gear to first gear as there is no stop at third, or fourth, gear; a potentially dangerous situation.