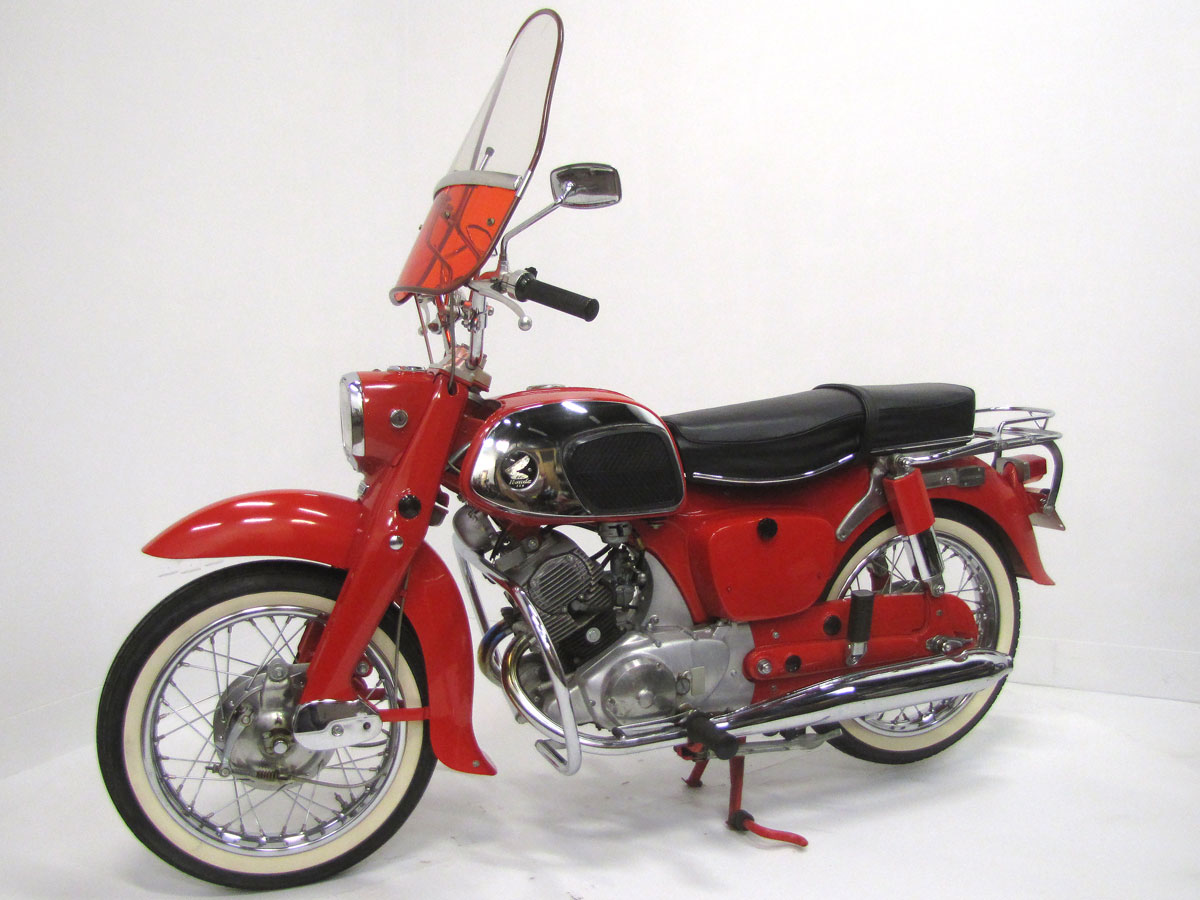 The Honda Dream series was touring oriented and encompassed machines from 125cc’s to 305cc’s. Its styling with squared headlight, fender edges and distinctive “flips” at the fender tips, is sometimes referred to as “pagoda styling” as the shapes mimic some forms of early Eastern architecture. The frame design makes use of the electric start engine/transmission unit as a “stressed member.” This frame engineering is derived largely from the work of a couple of European makers, BMW and NSU to name two. Honda perfected the pressed steel/backbone frame and used it on numerous motorcycles from 50cc to 305cc’s. In addition, a pressed steel leading link fork, housing springs and shock absorbers and an integrated speedometer, also squared off, worked well on dozens of machines. Wide whitewalls, then narrow, showed up on many of the bikes in this series as did enclosed final drive chains.

The Honda 150, sold in America from late 1959 to 1967 remains a popular machine with collectors. It was available in black, Honda Scarlet, blue and white. The CA95 engine design places the cam chain to one side, while the later CA160, CL160 and CB160 engine ran the cam chain between the two cylinders and cooled better. After a few years, the Honda 150 CA95 was joined by the CA160, or CA160 Touring 160 which used the newer design Honda CB160 style engine.

The National Motorcycle Museum has a good collection of Japanese motorcycles including early “pre-importation” 1950’s Honda models along with 1960’s, 1970’s and 1980’s machines, mini-bikes, street and off-road. Robert J Schillig loaned this largely original condition CA95 to the Museum a few years ago, and we are grateful to have it on display.