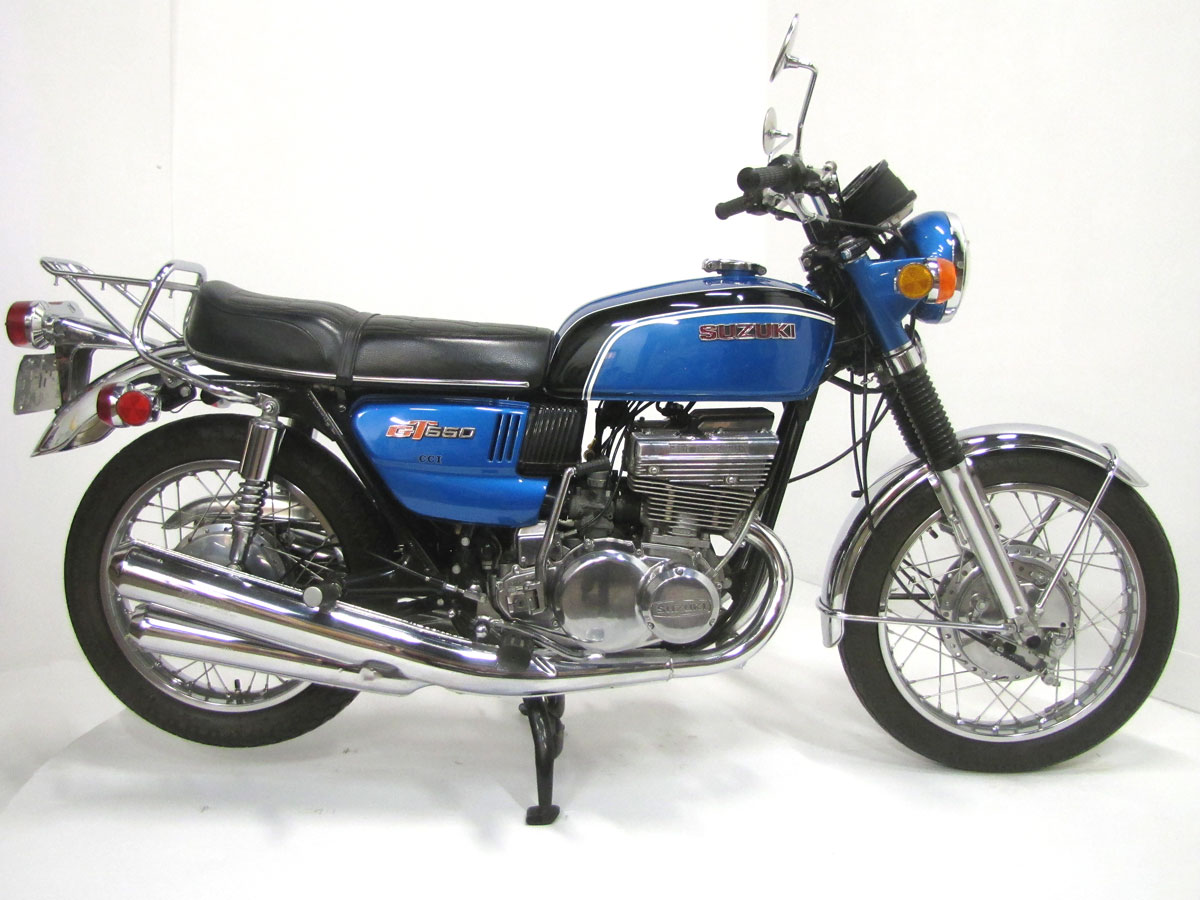 For the 1970’s Suzuki designed a range of triples, twins and singles that shared styling and many engineering points. In addition to several small singles and the T500 Titan, dealers offered the GT250, GT380, GT550 and the GT750 from Suzuki. Though the big triple GT750 was liquid cooled and carried a large radiator in front of the water-jacketed cylinders, the smaller displacement triples were “RAM AIR SYSTEM” cooled. The cylinder cooling fins were typical but the cylinder heads were shrouded with a stylish scoop that directed air over the heads for enhanced cooling.

The GT380 and GT550 were very similar in scale and like the big GT750 used a symmetric  exhaust system that split the center cylinder flow such that there were two mufflers on each side; Kawasaki used the asymmetric approach with two mufflers on one side, one on the other.

Regarding outright performance, Suzuki chose a softer path for its range of GTs. None including the 750 were true superbikes and rarely found their way to professional level road racing as did Honda’s and Kawasaki’s 750s. And of course Yamaha had a full range of production racers by this time.

Colors and general styling of the GT range took a few years to become more conservative, using less busy designs. But by the mid-1970’s the days of the street two-stroke were waning and following Honda’s lead, Suzuki, Kawasaki and Yamaha were adopting quieter, cleaner burning, more efficient air-cooled four cylinder, four-stroke double overhead cam engines. These manufacturers were yet to copy the American cruiser, but that began to take form in about 1978.

Over ten years ago, Museum supporter Mark Orgel donated this fine Suzuki GT550 and an equally fine GT750. When you visit you can take in Orgel’s exceptionally well restored bikes as well as a 500 Titan, a GT185, and RE5 Rotary and a Suzuki 80.