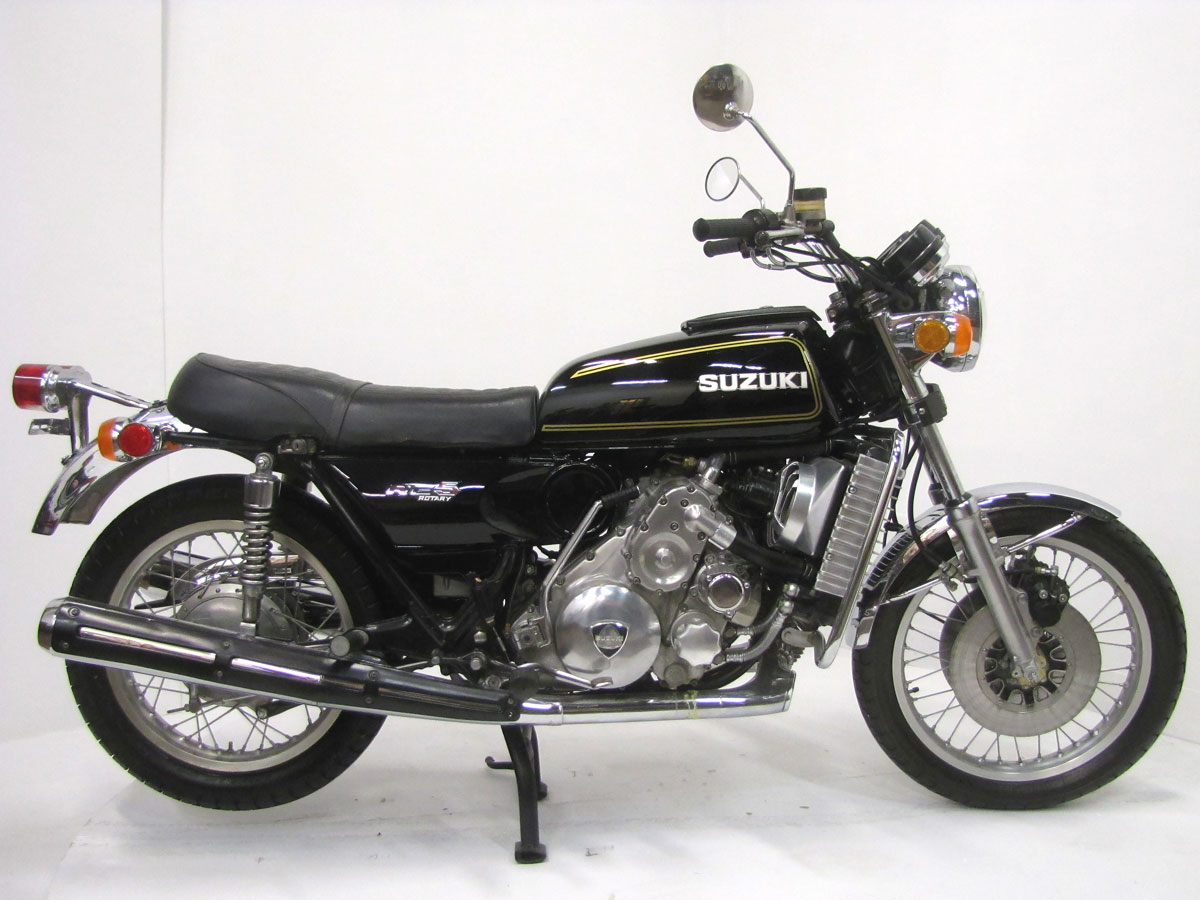 By the late 1970’s most automobiles and street motorcycles were powered by four-stroke engines. But at the time Suzuki and Mazda saw potential in the recently perfected Wankel rotary engine, a German design.

At a glance, though Suzuki had commissioned Italian industrial designer Giorgetto Giugiaro for RE5 styling, the RE5 looks a lot like any other heavy weight Japanese bike of the late 1970’s, except for the engine. Suzuki had moved to a full line-up of DOHC two and four cylinder street bikes, the GS series, by this time. Learning from earlier Honda and Kawasaki designs, they were winning on the race track and therefore in showrooms. But probably wishing to try something new, something cutting edge, they adapted the liquid cooled rotary design to one of their typical chassis. Made for three years, with hopes to be the wave of the future, the RE5 never really caught on, maybe due to its lack of a favorable exhaust note, or atypical design of the first version instrument cluster.

Suzuki’s thinking was good, and they even offered a full replacement warranty on engines if anything went wrong in the first 12 months. Rotaries are compact, fairly light powerplants and produce more power than a four-stroke for a given displacement. With patents held by NSU, Hercules, even Norton developed rotary powered bikes, and Yamaha had shown a prototype rotary in 1972. But the Suzuki design was complex with a dual stage carburetor, an oil injection system in addition to transmission and engine sumps and related pumps. When the rider twists the throttle, he operates five cables controlling induction and lubrication!

In the end, performance was not quite that of the average 750cc in-line four. And for much of the motorcycling community, conventional design and sound is good and the RE5, different and unproven, was not in that comfort zone. 10 years after it was out of production, sadly, Cycle World magazine declared it one of “The Ten Worst Motorcycles.”

This Suzuki RE5 is a fine example on display with dozens of other original and restored Japanese bikes. Along with over 500 other motorcycles and dozens of bicycles, they are ready for your next visit.