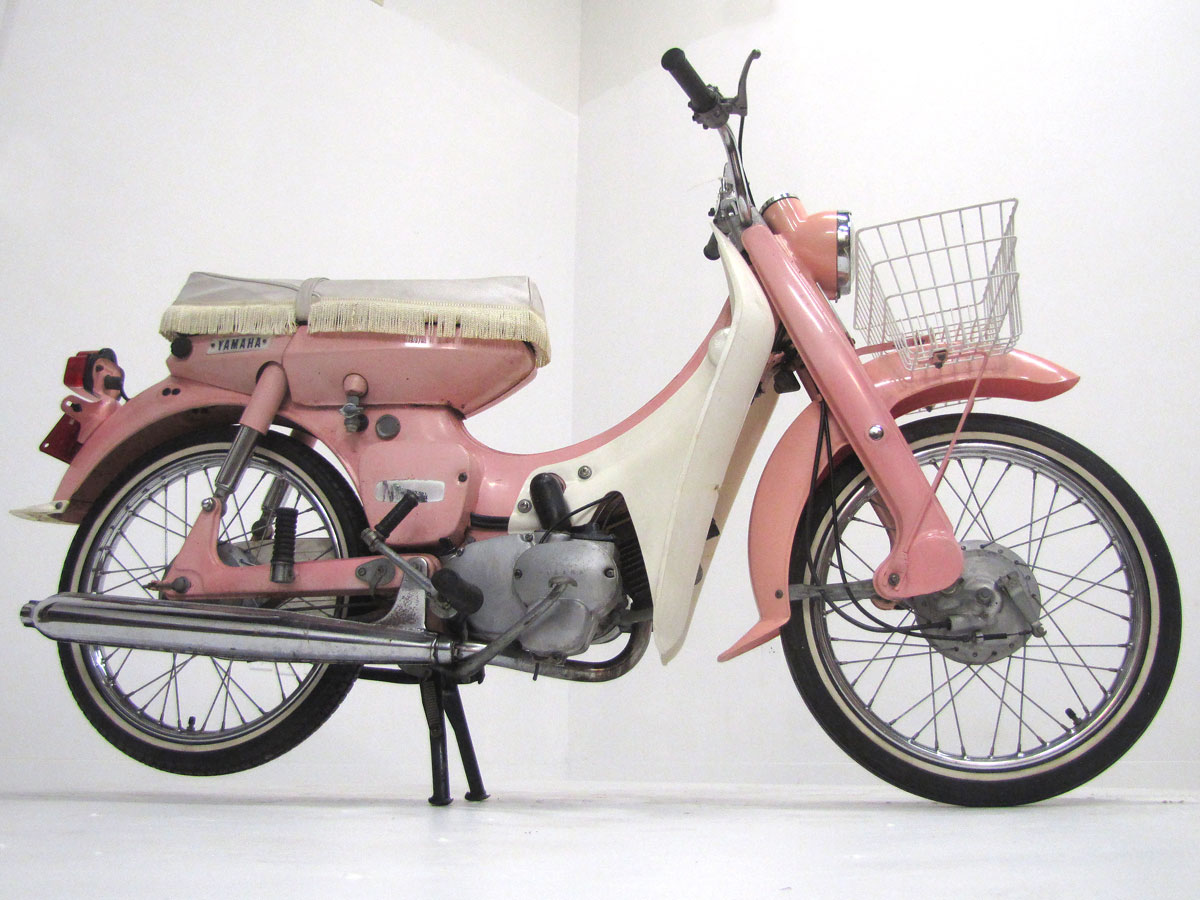 Trying to secure a bit more market share and perhaps appeal to a new audience, Yamaha took its standard U5E electric start step-through 50, added a front basket, a white fringed seat, some special graphics and painted it pink. Badged the Lady Yamaha, knick-named the Pink Lady, and sold only in the United States, its sales for two years were luke warm, but it’s an interesting look back to motorcycle marketing of the era.

But was pink a new thing for bikes? We called former Motor Maid Vice President Glennadine Gouldman and asked her about the late past president of the Motor Maids, Dot Robinson’s bikes. Glennadine says, “Through the early 1950’s, Dot always rode regular Harleys with standard paint jobs. But after the film The Wild Ones came out in 1953, started riding pink Harleys. Dot was protesting that not all motorcyclists were as Hollywood had depicted them in the film and probably hoping to keep husband Earl from riding her bike. Before dirt track races started at Springfield, Columbus or about anywhere, she would lead pre-race parades of Motor-Maids out on the track. Each Motor Maid was in uniform, and Dot would lead on her pink bike. Quite a sight to see.”

As we know, by the mid-1960’s Japanese motorcycle sales were very strong in America. From 50cc machines to 450’s, step-throughs to street scramblers, Kawasaki, Honda, Yamaha and Suzuki could satisfy about any need in small to medium bikes, and competition was strong. But maybe the entire industry’s recent efforts toward designed-for-women apparel and appropriate seats heights is more on target than pink bikes.