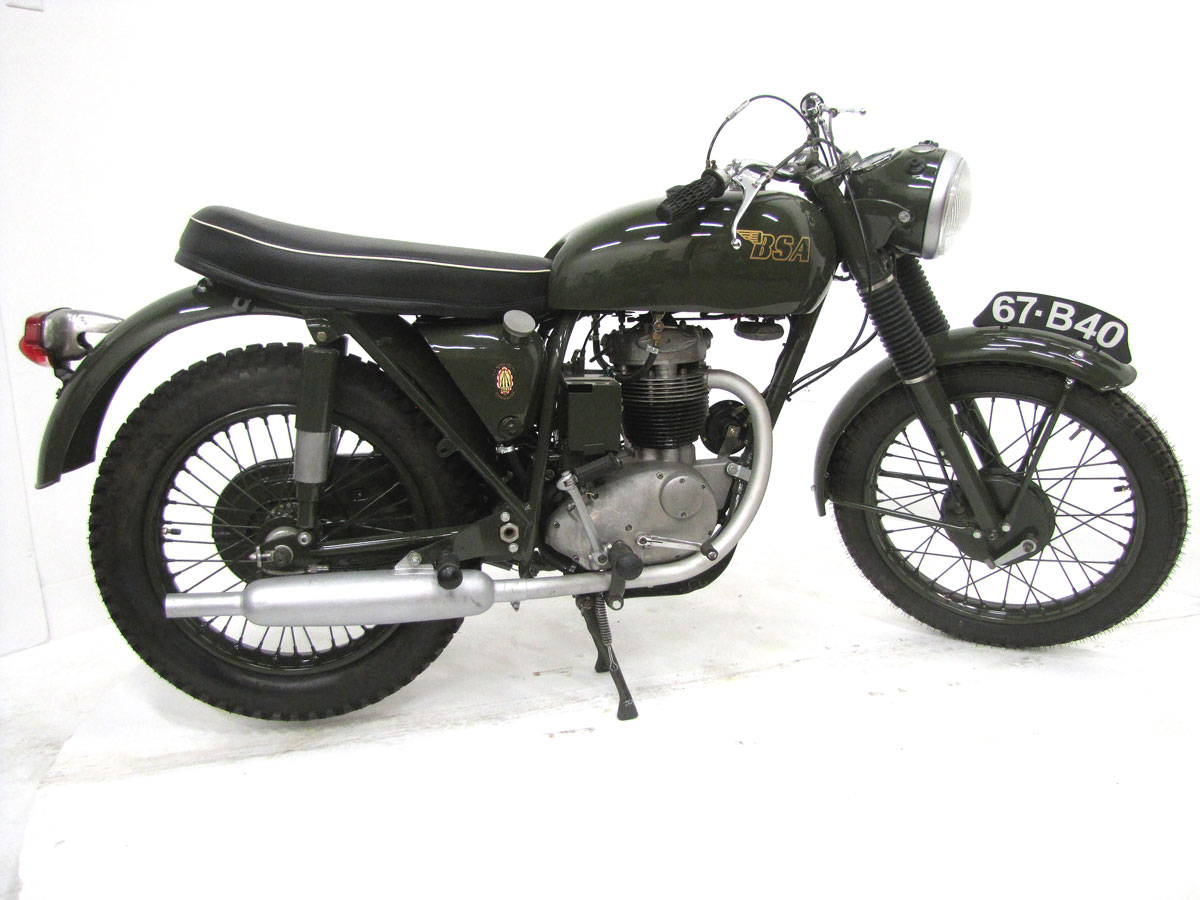 Over the past century, the involvement of motorcycles in the military has evolved. Typically, manufacturers welcome the contracts even though the experience can vary as seen with Indian’s efforts in World War II; vast sums of money spent developing the totally new Model 841 for the military never yielded a production contract. The British took a more conservative approach. Triumph, BSA and Matchless military bikes were based on already in production civilian motorcycles.

The BSA B40WD was supplied to the British Army, the Royal Air Force and Royal Navy between 1967-1970. About 3000 machines were built to replace the BSA WM20’s and Matchless G3L’s that had been used during WWII and after. The B40WD was also supplied to other countries including Jordan, Australia and Denmark. Typical use by British forces was in convoy and delivering dispatch communications, a bike and soldier being more secure and dependable than radio communication of the time.

Military specifications called for many changes from similar BSA civilian machines, the carburetor among them. AMAL produced the 398 butterfly valve carburetor for simpler applications, such as stationary engines, and the military decided to adopt it as it seemed less prone to jam than a typical slide-type carb. The 1968 Mark II B40WD went to the traditional Amal 626 Concentric. Stronger fender braces, saddlebags, an external oil filter, a larger fuel tank, different transmission ratios, larger diameter control cables and a fully enclosed chain were also specified, as was the flat green paint; Deep Bronze Green. The BSA B40WD was used by British forces until the early 1980’s. The Canadian-made Can-Am Bombardier and the British Armstrong-CCM MT500 succeeded the BSA.

This important example of a military motorcycle is on loan from James Slaughter of Iowa. When you visit the National Motorcycle Museum you’ll be able to compare this BSA with other British bikes and a wide range of military motorcycles. Racing Gold Stars, Hornets, Bantams, a Y-13, a Thunderbolt and Lightning and even the BSA-based Triumph Hurricane are on view.