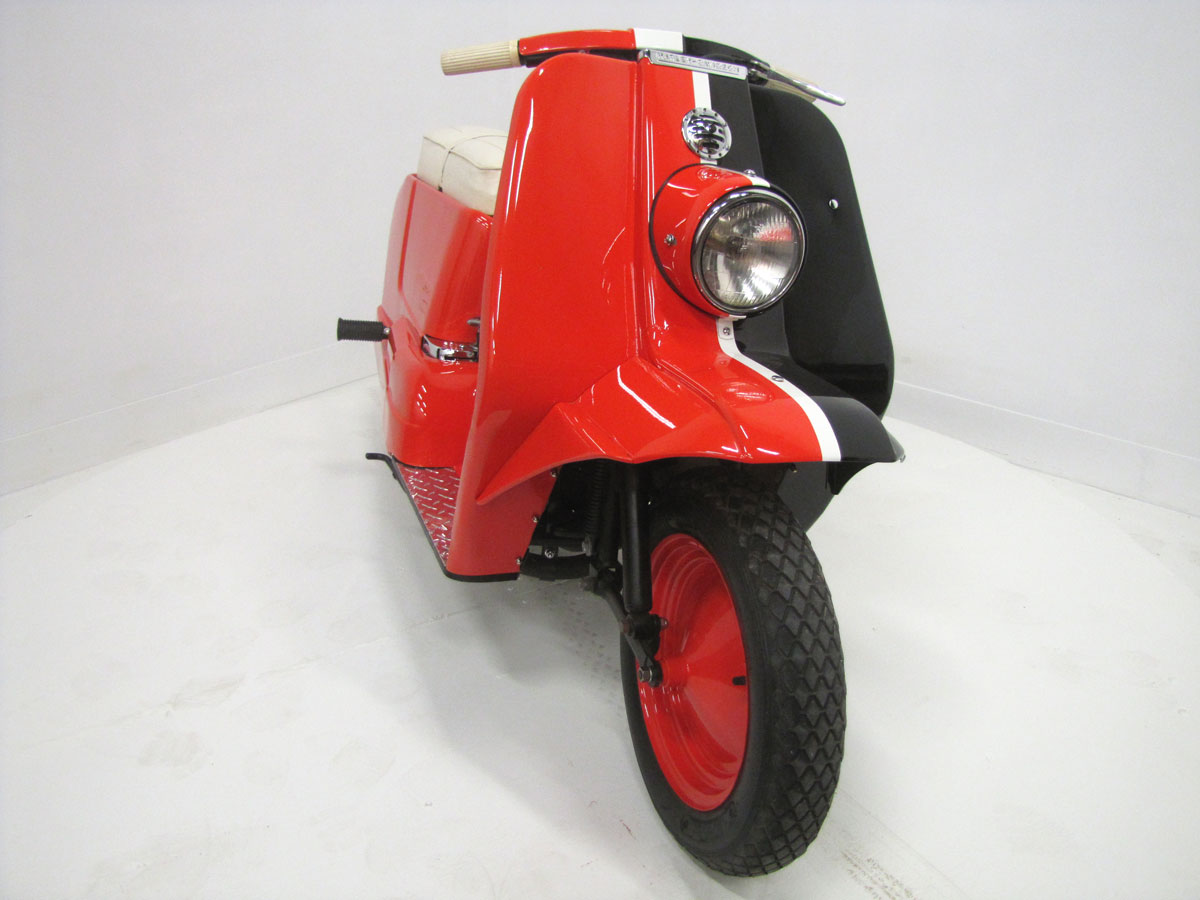 Toward the end of the 1950’s Harley-Davidson was looking to expand their product mix. They bought a 50% share of the Italian motorcycle maker Aermacchi’s motorcycle operation and instantly added small motorcycles to their mix. Marketing staff apparently saw the success Cushman was having with scooters, and moved to design their own calling it the Topper.

Unlike the Cushman, which was between a mini-bike and a motorcycle in scale and had a traditional component layout open to view, the Topper housed its components in a stylish fiberglass and sheet metal body and was a step through design. This approach offered rider protection and surfaces for styling. Most scooter makers of the era took this approach. This thinking also gave them a machine that appeared more user friendly to the uninitiated, the non-motorcyclist. In 1989 Honda released the Pacific Coast motorcycle.  Thinking was new riders who did not care for mechanical objects, but liked the idea of two-wheeled transport might become Honda owners. The Pacific Coast lasted ten years, but never gained wide acceptance. The Topper was made from 1961 to 1965, the time of tremendous ramp up of Japanese motorcycle manufacture and sales.

Recalling that Harley-Davidson benefited from the post World War II War Reparations Act with the DKW-based 125cc two-stroke engine of the Hummer, the DKW RT 125, we see a 165cc sloper version of that engine here.  A lawn mower style rope/recoil starter brought the engine to life. Designers may have felt owners would feel comfortable with a system their everyday lawn mower employed. The engine is mated to the Harley-Davidson-branded belt-driven “Scootaway” Continuously Variable Transmission, CVT, a modern concept with simplicity of operation; rotate the twist grip and go with no shifting. Breaking HD tradition, the front brake lever was on the left handlebar and an automotive style brake pedal on the floorboard operated the rear brake.

Most scooter makers fan-cooled their engines. Harley did not causing some overheating problems in spite of the engine being open below the body. There is storage under the seat and Harley literature suggested keeping pre-mix oil there as the Topper was an air-cooled two-stroke machine. The engine cover and some body parts were made from fiberglass, a material that gained acceptance in the 1950’s with the introduction of the Chevrolet Corvette. Harley-Davidson offered an optional sidecar and side-mounted utility box.  Advertisements were aimed at small-business owners showing the Topper could transport up to 200 pounds.

While original paint schemes were similar to two-tones from Detroit auto makers in the era, this fully restored Topper is painted as a tribute to the 1994 Harley-Davidson VR1000 road race bike; black and orange corporate colors split down the middle. We thank Deedee Sumner Houpt for loaning the Topper for display. Her late husband Scott, the restorer and a member of the Suburban Motors Harley-Davidson family, was a Harley guy and raced AMA District 16, helped John Parham with swap meets and later raced cars. Deedee is a member of the Al and Judy Sumner dirt track racing family of Wisconsin. The National Motorcycle Museum has a wide range of scooters from many countries on display, ready for your next visit.