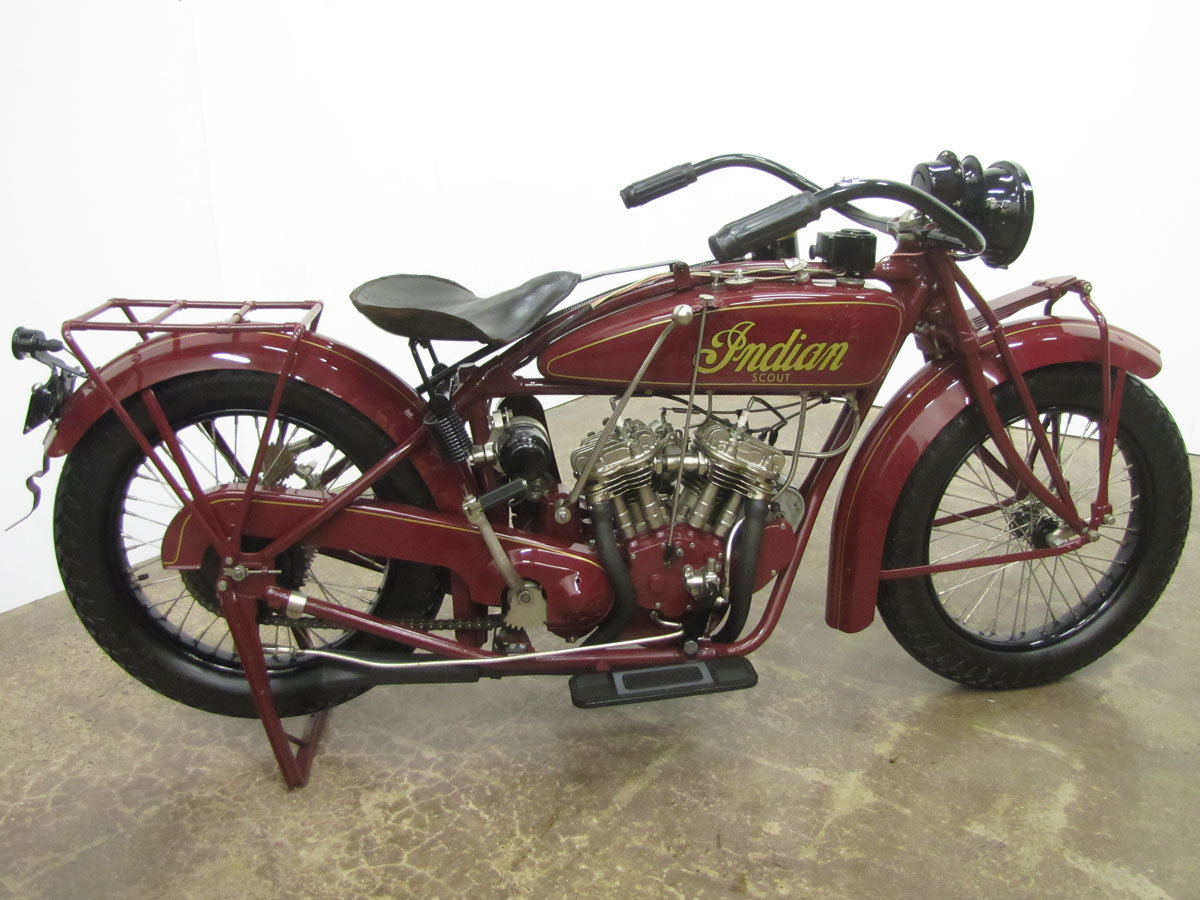 Through the years starting with the first V-Twins around 1910, Harley and Indian focused on larger bikes with 1000 cc or 61 cubic inch displacement and small singles. With Franklin’s Scout, attention was given to a mid-size machine, in this case with 37 cubic inches or 600cc displacement. The machine served police departments and the military well. Frame, engine, braking, lower seat height and other revisions made up the 101 Scout for 1928, widely regarded as the best Indian ever made and next week’s Featured Bike. 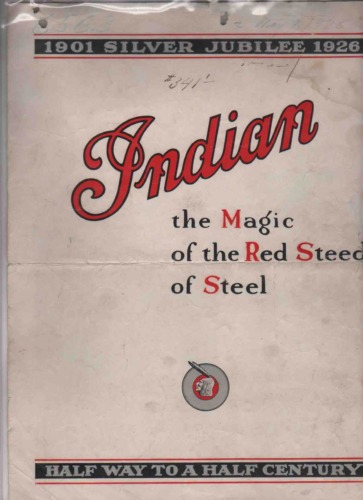 Indian celebrates its Silver Jubilee with special graphics noting, “Half Way to a Half Century.”

An unusual and wonderful part of this particular Indian Scout is the amount of “paper” that is still with it. In 1926 Indian celebrated its Sliver Jubilee so the owners manual has that special graphic on it, and the original owner kept the Parts List and Lubrication booklets as well. Heywood’s interesting “library” label is attached and alongside is a hand written note regarding Robert C. Cole, second owner, receiving the bike in 1952. More recently, the restoration shop’s invoice itemizes the work performed.

When you visit the National Motorcycle Museum you can take in this fine Scout owned by Joe Wessbecker, restored by Ed Rich, American Classic Motorcycle Museum. There are also several dozen great Indians, street and competition, from a 1905 Camelback all the way up to a Chief from the Gilroy era, around the year 2000. And don’t miss the Museum’s 2019 fundraising bike, the new for 2019 Indian FTR1200S Race Replica.

Side note: With the success of the Scout, there were at least two unauthorized “replicas” being produced overseas at the time. In Osaka, Japan a household-appliances manufacturer produced a “Scout,” such that when Indian obtained one in 1923 it was indistinguishable from their 1921 originals.  Some of these Japanese Scouts were sold in Australia and Southeast Asia. The Scout also became very popular in Germany and in 1923 a replica named the Mabeco became available. Max Bernardt & Co. produced them until 1926. Twin headlights distinguished most replicas for the original. 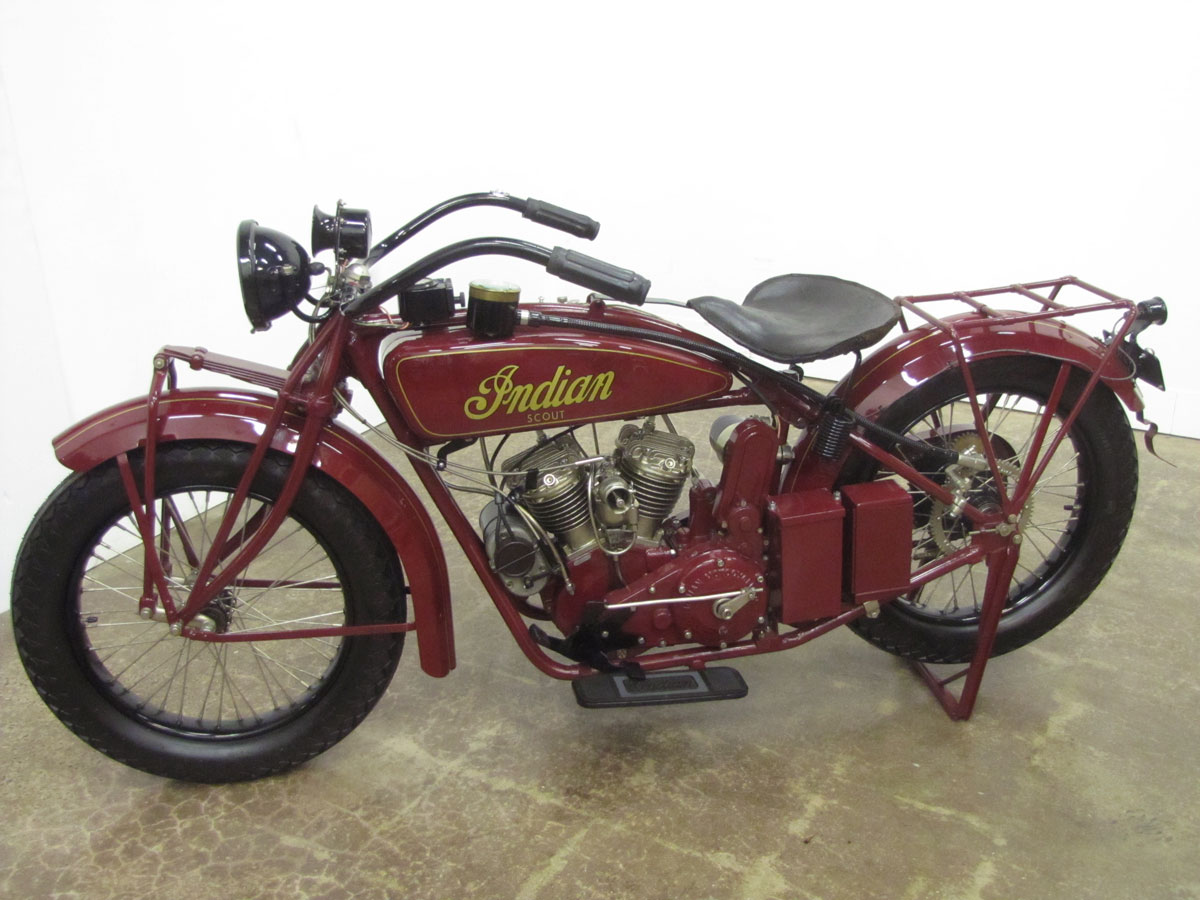