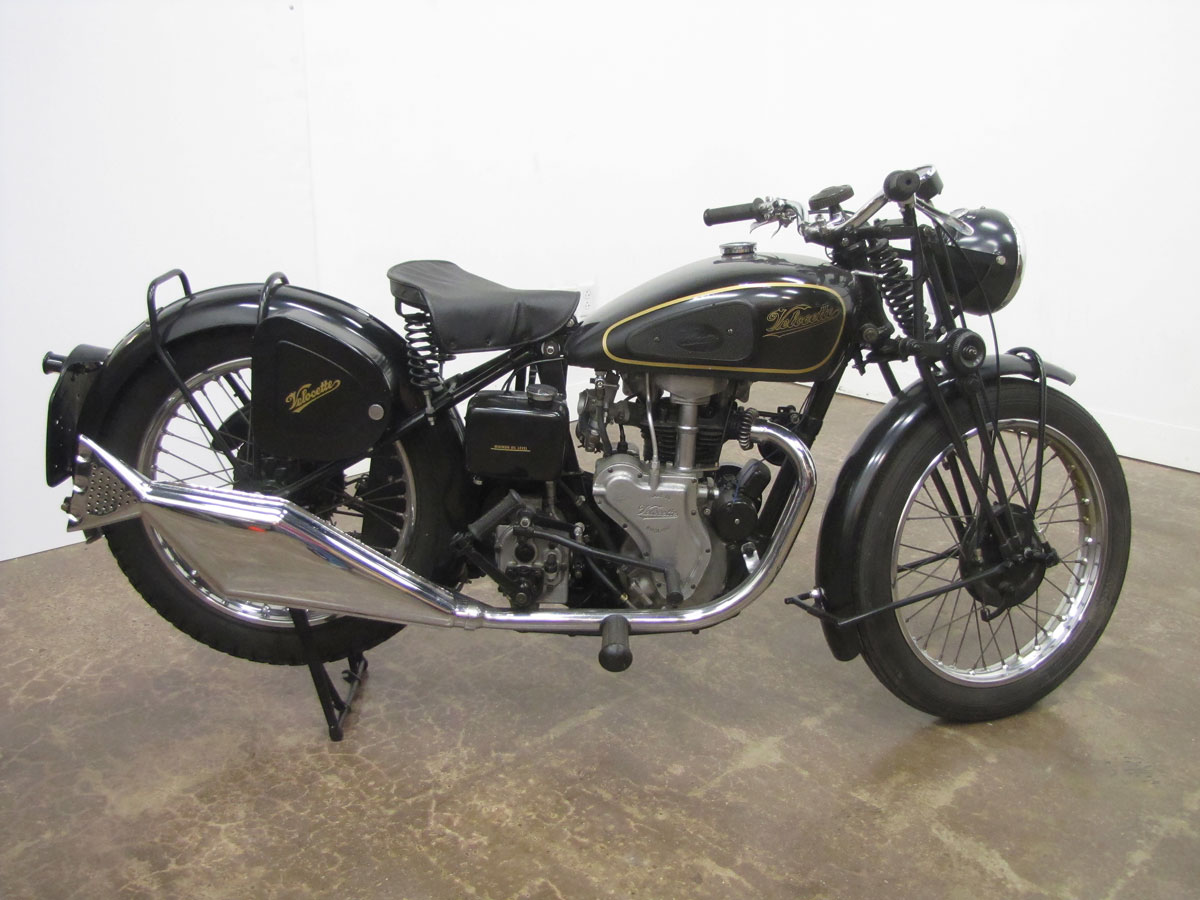 Among all the British brands imported into the United States, Velocette is one of the least known, least seen. But Like Norton, Velocette was always oriented toward performance, built more sophisticated engines and was heavily involved in road race and off-road competition.

Among manufacturers in Birmingham, England, Velocette was small and family-owned, established in 1905. Ultimately, though, literature says they sold as many hand-built motorcycles in the company’s lifetime through 1970 as the mass-produced machines of the giants BSA and Norton.

The company was always involved in international racing, garnered two world championships, 1949 and 1950 in the 350 class, plus the “24 hours over 100mph on a 500cc bike” record. Veloce, the original company name, while small, was a great technical innovator; patented designs include the positive-stop foot shift and swing arm rear suspension, two important designs we take for granted today. Like Vincent and Brough, most bikes were black with tasteful gold striping, used a stylish logo transfer applied to the fuel tank.

While many Velocette designs were overhead cam, especially their race bikes, in 1933, the decision was made to shift to an economical to manufacturer overhead valve engine. The first design fully enclosed the valve train and was called the MOV, a 250cc engine. Eventually development brought the OHV 500cc MSS to dealerships. Made from 1933 to 1948, the MOV is credited with high sales volume and good profit for Velocette.

When you visit the National Motorcycle Museum you can check out a wide range of British motorcycles including this Velocette MOV and a great blue and silver Velocette Thruxton in perfect condition as well as Douglases, Nortons, Vincents, Broughs and of course Triumphs and BSA’s.