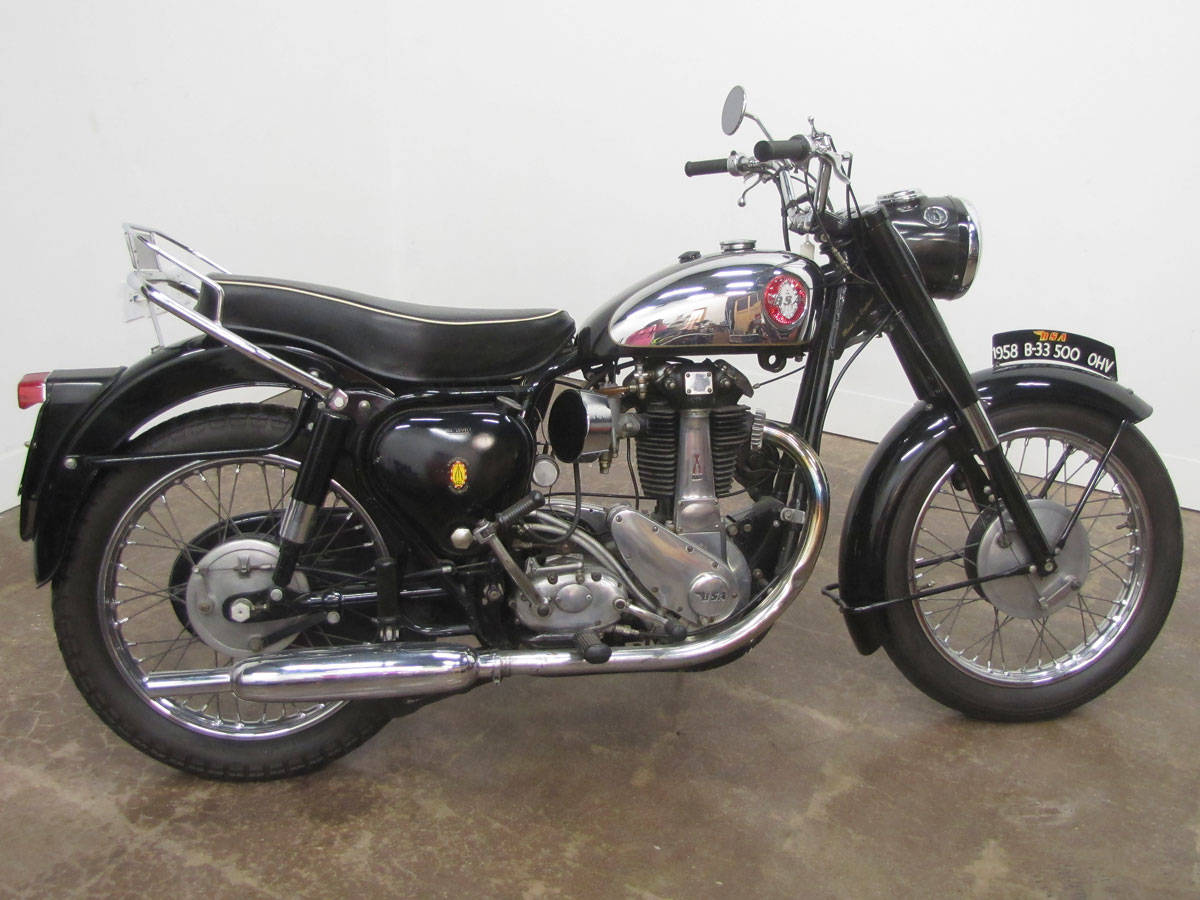 After recovering from the ravages of World War II, BSA set about motorcycle manufacturing again, and the 1947 plunger rear suspension model B33 was among its first post War singles.

The overhead valve B33 was one in a long line of singles produced, and it was especially loved by the British sidecar fraternity. Swingarm rear suspension that arrived in 1954, the headlight nacelle, deep valanced fenders and full chain case made it a traditional gentleman’s mount. Racers and those with high performance needs went for the Gold Star, BSA’s race bike in street clothes.

Birmingham Small Arms was founded in 1862, started making bicycles in the 1880’s and true motorcycles around 1910. Though gone from the scene at the end of the 1972 manufacturing year, BSA won the Daytona 200 in 1971, swept the first top five places in 1954: BSA had a glorious history and successes even after “the Japanese invasion” of the mid-1960’s. Few realize that BSA was the largest motorcycle manufacturer in the world in the 1950’s, even bought Triumph in 1951!

This BSA is from the Jill & John Parham Collection and is one of many British motorcycles from about 1915 through the 1970’s you can enjoy when you visit the National Motorcycle Museum in Anamosa, Iowa. Besides this stock B33, there are two Gold Stars, one setup for flat track racing, the other for road racing.