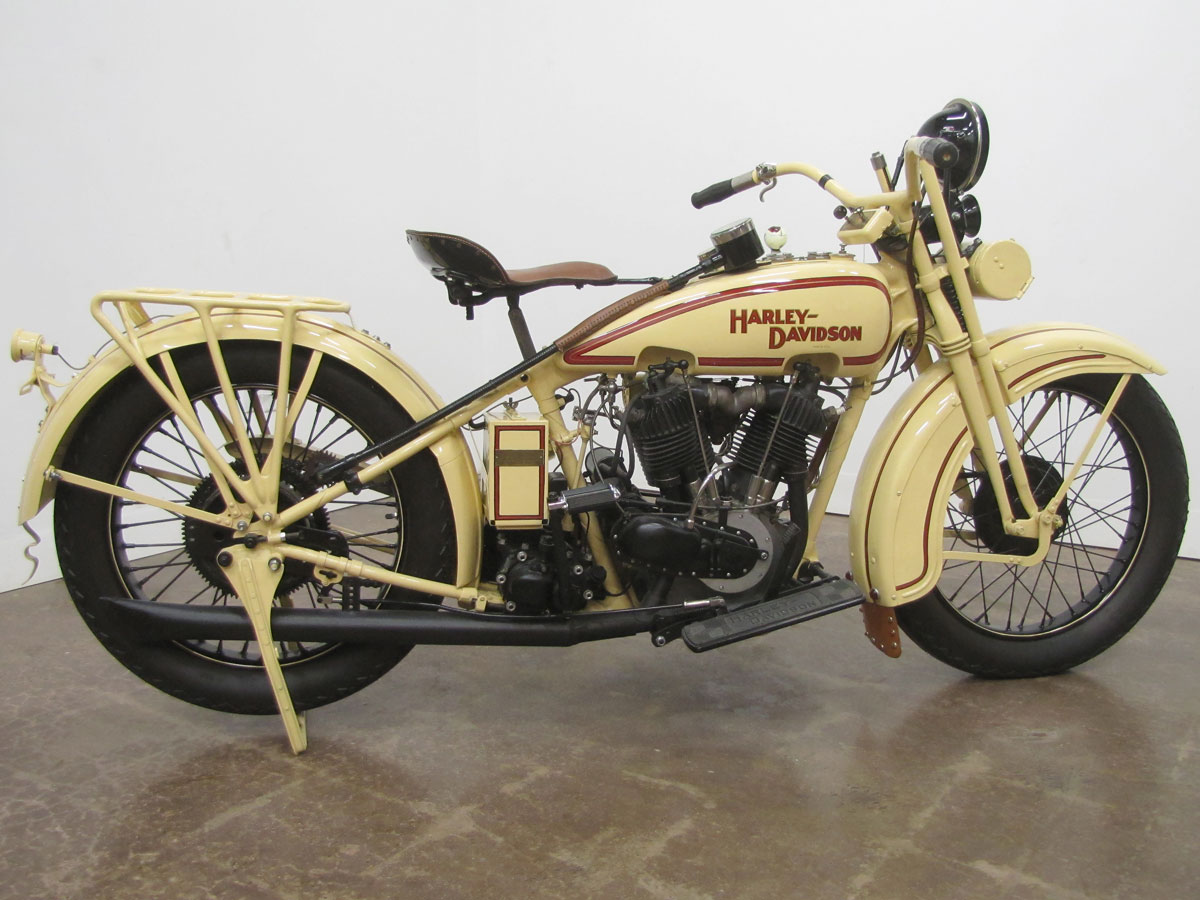 The Model J Harley-Davidson was originally produced for military service around 1915. After World War I Harley-Davidson converted their production to serve typical civilian customers. The Model J became Harley’s top of the line model. Originally produced in Olive Drab for the military, Harley-Davidson mechanically reworked the machine over the years and changed the paint color offering a shiny olive green color until 1932. Major changes for 1928 included a stronger fork and a front brake. ’28 also brought new optional colors including Coach Green, Azure Blue, Police Blue and Maroon at around $25, our featured machine being special ordered in Antique Cream and Maroon.

As big engineering steps were made, driven somewhat by war time technology advancements, battery ignition becoming the norm, electric lights standard along with a 3-speed transmission; the Model J came into being. It was offered in various 61 and 74 cubic inch (1921) versions and served riders well until the arrival of the “flathead” Model D around 1929. The J was notable in that in about 15 years of manufacture it had been proven on streets, race tracks and even served couriers in World War I. But response to military needs had caused extreme ups and downs in production: Harley-Davidson production is noted at a record 27,000 machines in 1920, but with military surplus available it dropped to 11,460 for 1921!

With annual engineering improvements the J was an even better bet than its predecessors for sidecar use. Later in production the frame and fork were stronger and more pulling power was available from the J engine which was eventually up to 29 horsepower, up over 50% from its early versions.

This machine is on loan from the late Wayne Blazek and is one of several Model J’s and Model JD’s in the National Motorcycle Museum including the machine on which John Parham sponsored Matt Olsen for for the 2012 Cannonball Endurance Run. There are also several J engines are on the “Motor Wall” for you to study.