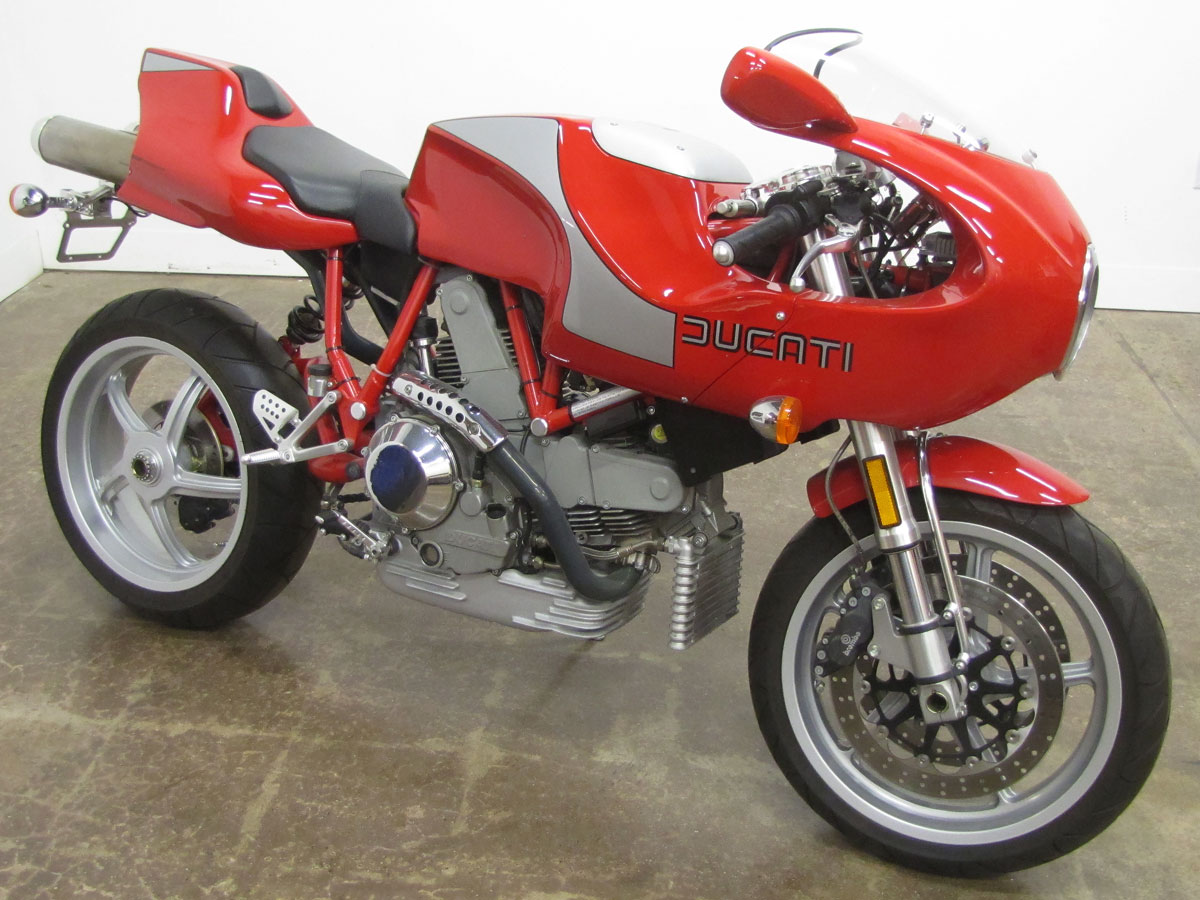 In 1999 Chief Ducati designer at the time, Pierre Terblanche, created a show bike at once retro and modern, that also took a page from Mike Hailwood’s important win at the Isle of Man in 1978. Via internet sales only, 2000 units were sold in 12 hours!

By 2001 Ducati had been manufacturing liquid cooled, 4-valve per cylinder, desmodromic head, fuel injected, single-sided swing-arm masterpieces for about 15 years. Yet Terblanche chose a conventional frame and a basic air-cooled Ducati motor from the rich parts bin then sculpted fantastically detailed pieces to go with it. At first controversial at the 1999 Bologna, Italy show bike, it went into limited production to be sold as a 2001 model. Each motorcycle carries a decorative serial number plate and all sales were conducted on the internet, not through dealers, starting on New Years Day, 2000. Actual production followed the sales, which are said to have been completed in just 12 hours for 2000 units, twice what was originally promised.

Not really a part of the retro theme is the tubular steel single-sided swingarm. Why tubular steel when since the 916 came out in 1994, fine and strong cast aluminum and magnesium units were available? Because it was more fun to style, fabricate and look at, no doubt. Terblanche was, as are many Italians, as much about styling as he was design!

It’s certain that with this bike Ducati sent the message that it’s OK to buy a bike to collect, never ride, just look at, appreciate as sculpture. After 18 years it is fairly easy to find an example with under 25 miles, or no miles at all. Initially prices dipped a bit from the original sale price of $15,000 but have climbed significantly since, especially zero-miles machines. When you visit the National Motorcycle Museum you can see this MH900e that’s part of the Jill & John Parham Collection, an early 1980’s 900 Hailwood Replica, a 1977 900SS and several Ducati singles. 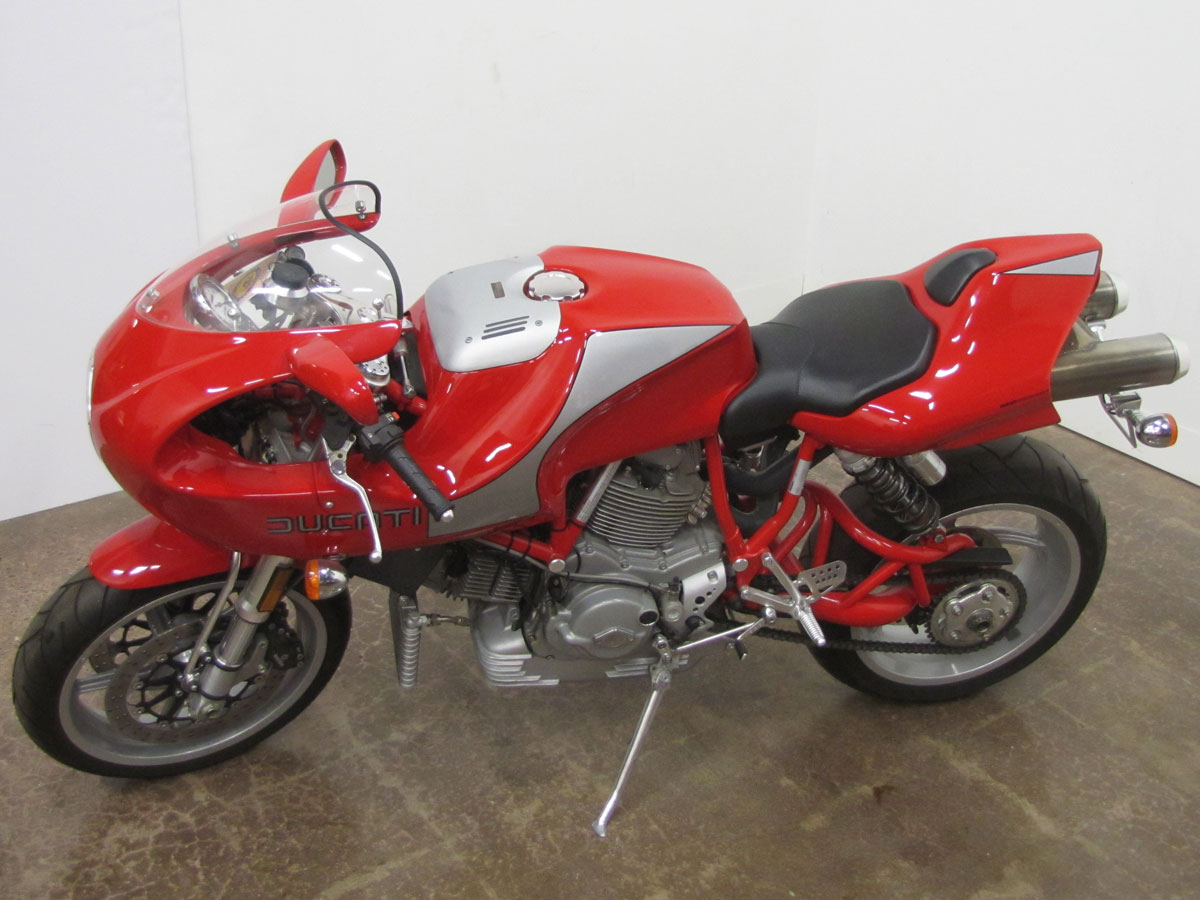