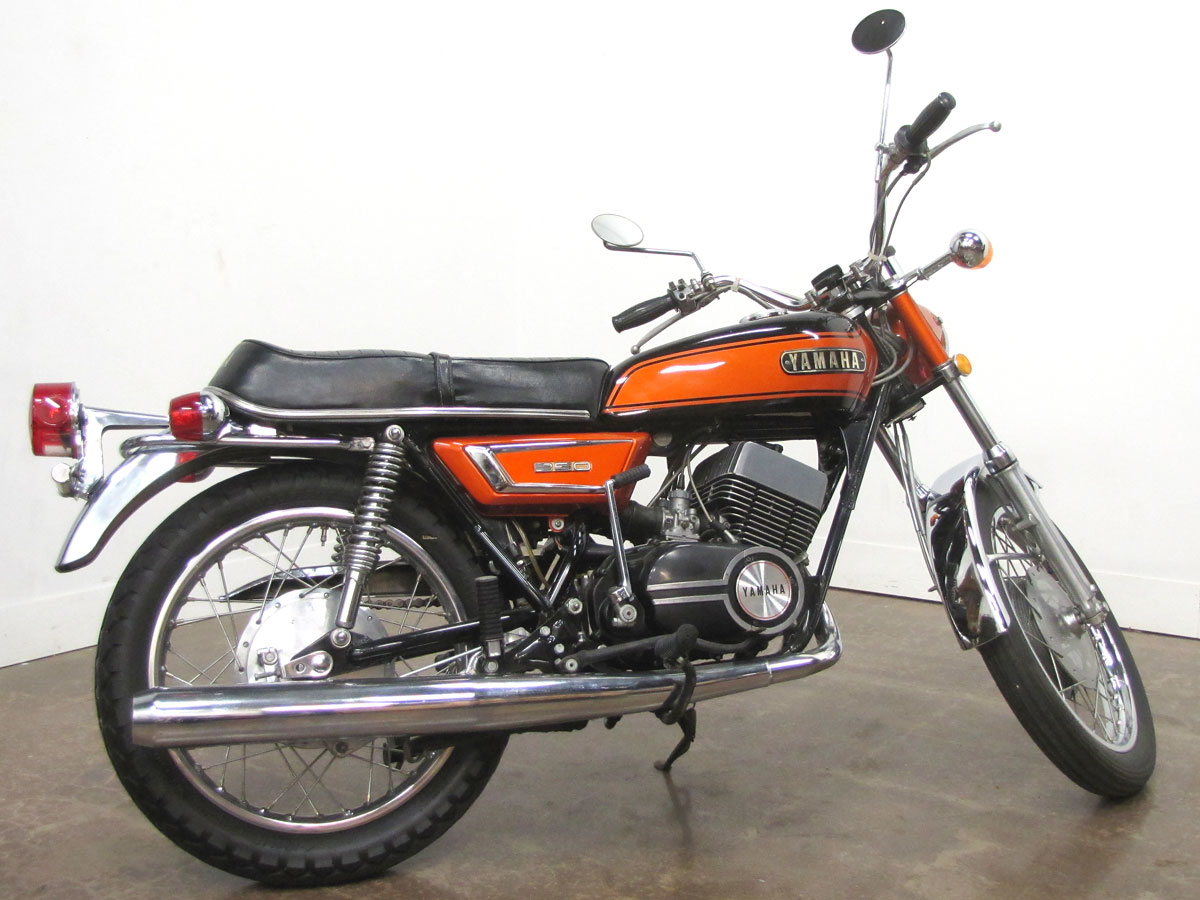 Yamaha released its first 350 in 1967, the YR1, followed by the YR5 or “R5” made from 1970 to 1972. Wrapping what they learned on the road race courses around the world and on the street into the R5, they made a motorcycle that excelled in handling and engine performance.

During the late 1960’s  Honda and Yamaha confirmed they were one and two in Japanese motorcycle manufacturing. But until 1968 and the release of the XS-650 OHC parallel twin, Yamaha took exclusively the two-stroke engineering path. Road race bikes were two-strokes to Yamaha, a road racing world championship winning company, and they developed their street bikes around race track success. The R5 frame borrowed heavily from period production racers like the TR3, the last of Yamaha’s air cooled road racers. Engine designs were similar as well; some parts were even interchangeable. Honda stuck with four-strokes and while maybe appearing similar, Honda’s race bikes and street bikes took very different design paths.

Styling of engines, tanks and fenders moved to a more squared off look with the Yamaha R5, and graphics became more lively as well. It was the 1970’s. Yamaha’s line-up included transparent bright green, gold, purple, red and orange; showrooms dazzled the eye. Compare this R5 to one of the early 1960’s Yamahas that were rounded in styling and painted soft colors.

Cheap club racing came alive with the R5 and later RD350 Yamaha’s. Cheap when new with lots of good tuning parts, they lead their class, have developed a cult following. And you will recall that in 1972 Don Emde, riding a diminutive air-cooled 350cc TR3 Yamaha started Yamaha’s ten year run of Daytona 200 wins on their two-strokes, shutting out the big American twins and British Triples as well as other Japanese two-stroke competition.

This Yamaha is graciously on loan to the National Motorcycle Museum from John Kowalsky. It’s displayed among other Yamahas and many fine Japanese bikes you can enjoy when you visit.