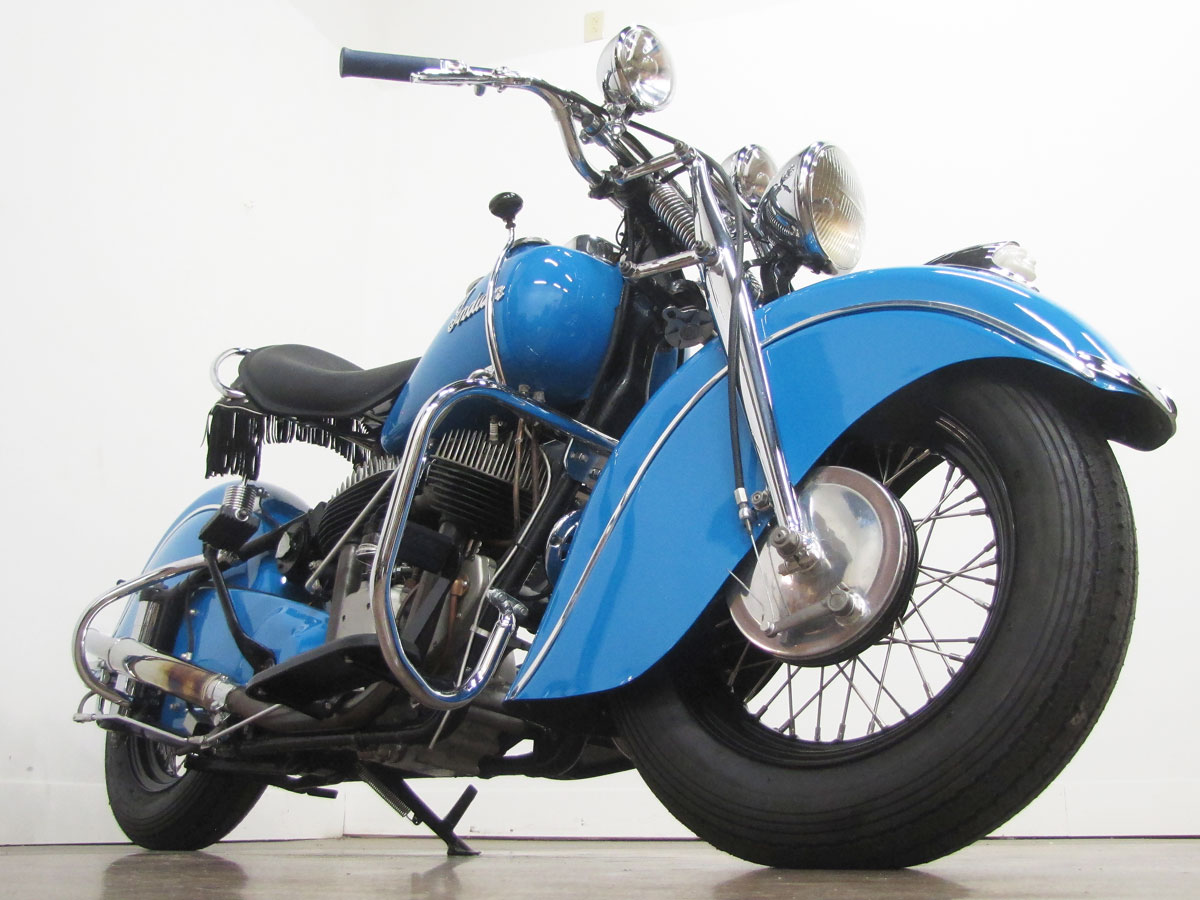 The Indian Chief is a proven American Classic, a very lasting design which has always epitomized the Indian brand. Famed Indian design engineer Charles Franklin penned the Chief as a larger version of the very successful Scout. It became Indian’s biggest seller. This Chief’s paint is a correct original color and it’s personalized with the fringed dual seat, spotlights and a chrome-plated fork.

Indian released the Indian Chief in 1922, twenty years after they began manufacturing. It is probably their most widely known design, famous for the streamlined skirted fenders and fuel and oil tanks it received in 1940 along with plunger rear suspension.

Chiefs originally displaced 61 cubic inches, were enlarged to 74 cubic inches in 1923, then to 80 cubic inches in 1950 near the end of production which was in 1953. Telescopic hydraulic forks were added in 1950, a year after they showed up on Harley’s big EL’s and FL’s. But Indian’s Chief got rear suspension 18 years before Harley’s FL. While Harley-Davidson developed their overhead valve twin for the 1936 model year, Indian seemed to focus on styling and got a little behind in engine design, sticking with the flathead twin till the end. 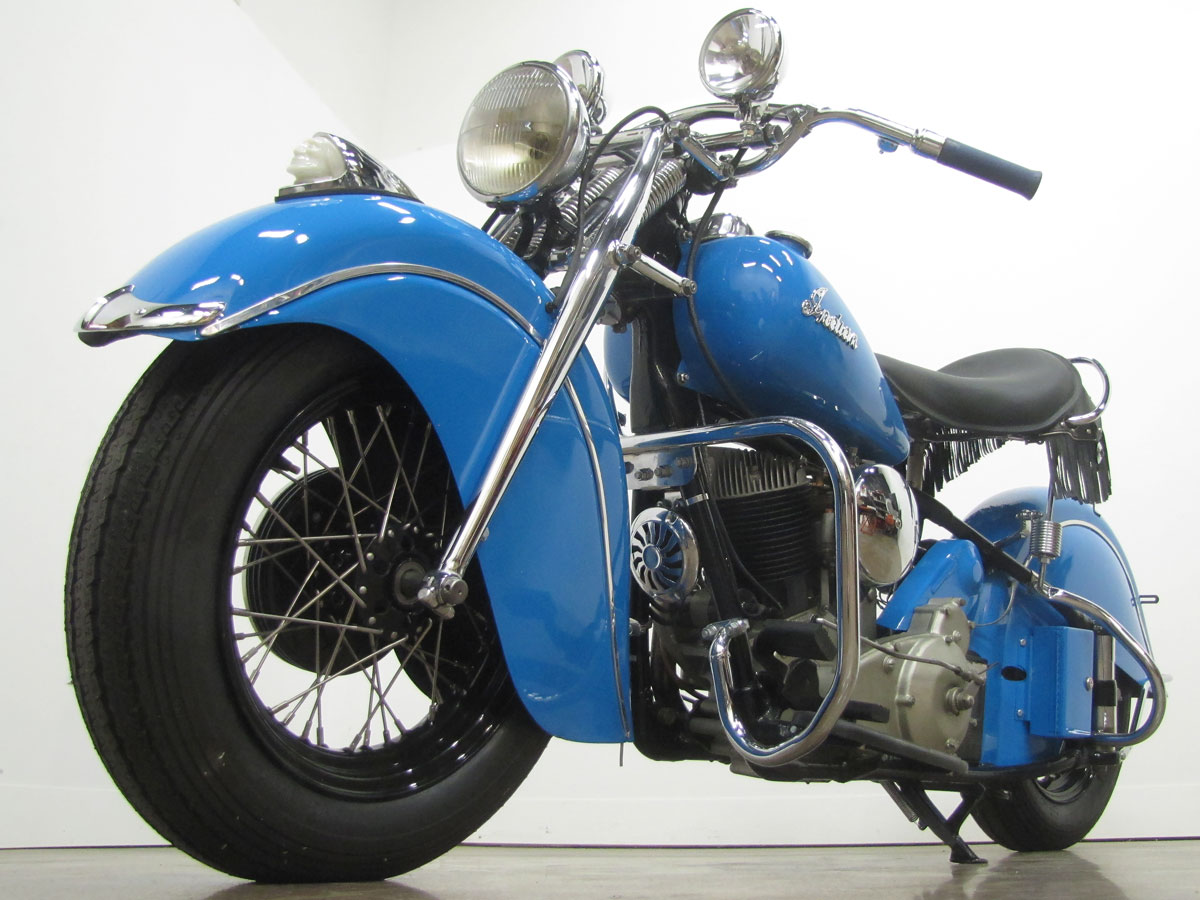 For about 15 years up until 1940, E. Paul DuPont owned Indian, and paint colors offered reflect the DuPont paint company’s wide array of offerings. Dubbed “The Heavy Duty Plugger” in some literature of the time, the Chief was ideal for sidecar use. Throughout its manufacturing history Indian offered a very stylish sidecar, color matched.

This Chief is one of many you can view at the National Motorcycle Museum. It’s on loan from Max A. Harrah.